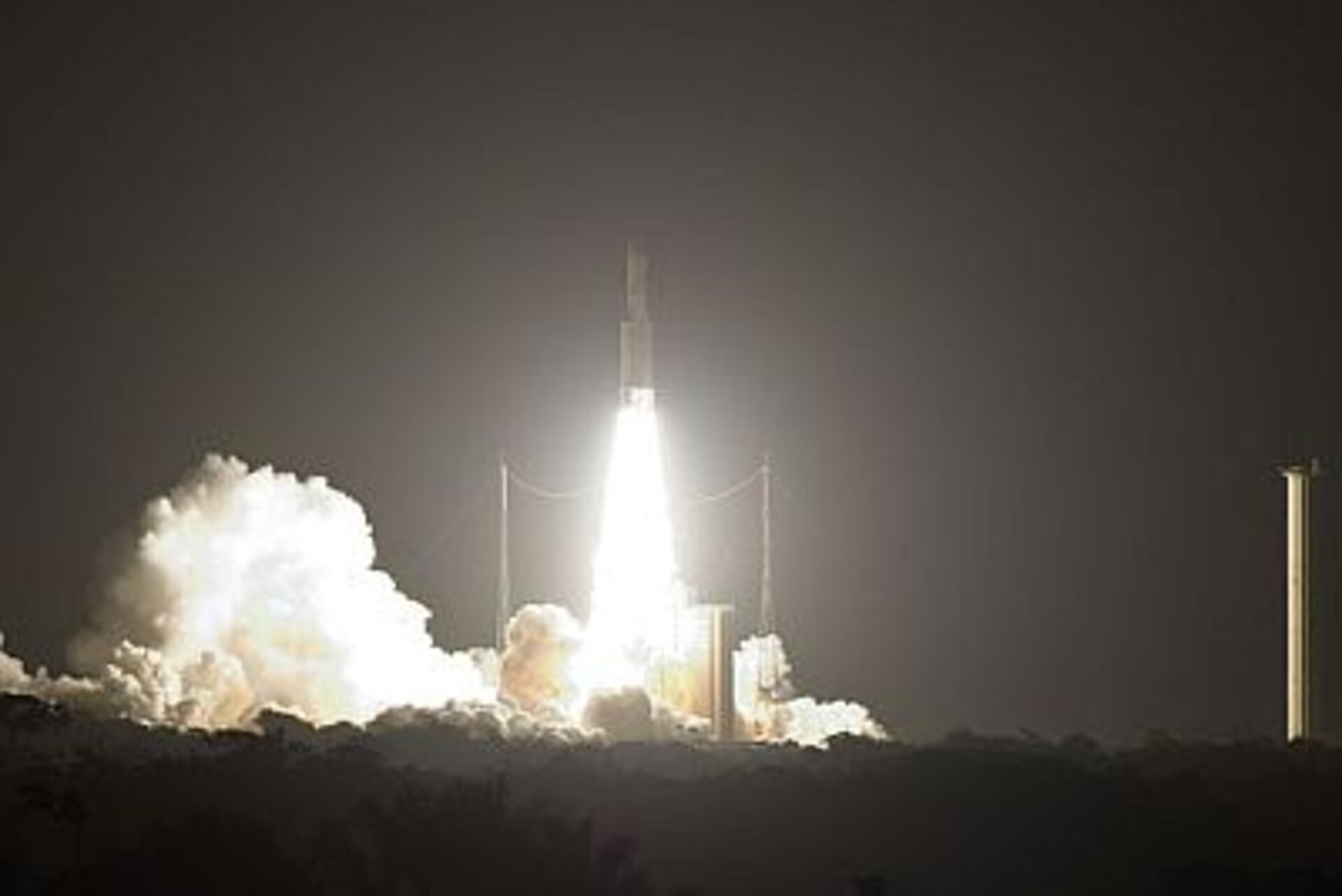 Yesterday evening, an Ariane 5 ECA launcher lifted off from Europe’s Spaceport at Kourou, in French Guiana, on its mission to place two multi-role telecommunications satellites into geostationary transfer orbits. Two auxiliary payloads were also launched during this mission.

The payload comprised Hot Bird™ 10, which will provide television, radio and interactive services across Europe, North Africa and the Middle East, and which will provide relay services for broadcasters, government users, and carriers across the Pacific region and for the maritime industry. Two small Spirale satellites, which are demonstrators for a French space-based optical early-warning system, were carried as auxiliary passengers in the launch vehicle’s payload ‘stack’. The payload mass was 8511 kg; the satellite masses totalled 7420 kg, with payload adapters and dispensers making up the additional 1091 kg.

Arianespace and Europe’s Spaceport are planning six to eight launches during 2009, maintaining the heavy-lift vehicle’s flight rate. The ability to sustain high launch rates has already been demonstrated – during the period 12-month period from August 2007 to August 2008, there were nine launches (V177 to V185, inclusive).

The solid boosters were jettisoned 2 min: 23 sec after main engine ignition, and the fairing protecting the payload during the climb through the Earth’s atmosphere was discarded at 3 min: 11 sec. The launcher’s main engine was shut down at 8 min: 56 sec; 6 seconds later the main cryogenic stage separated from the upper stage and its payload.

Four seconds after main stage separation, the engine of the launcher’s cryogenic upper stage was ignited to continue the journey. The upper stage engine was shut down at 24 min: 38 sec into the flight, at which point the launch vehicle was travelling at 9378 metres per second (just over 33 700 km/h) at an altitude of 627 kilometres and the conditions for geostationary transfer orbit injection had been achieved.