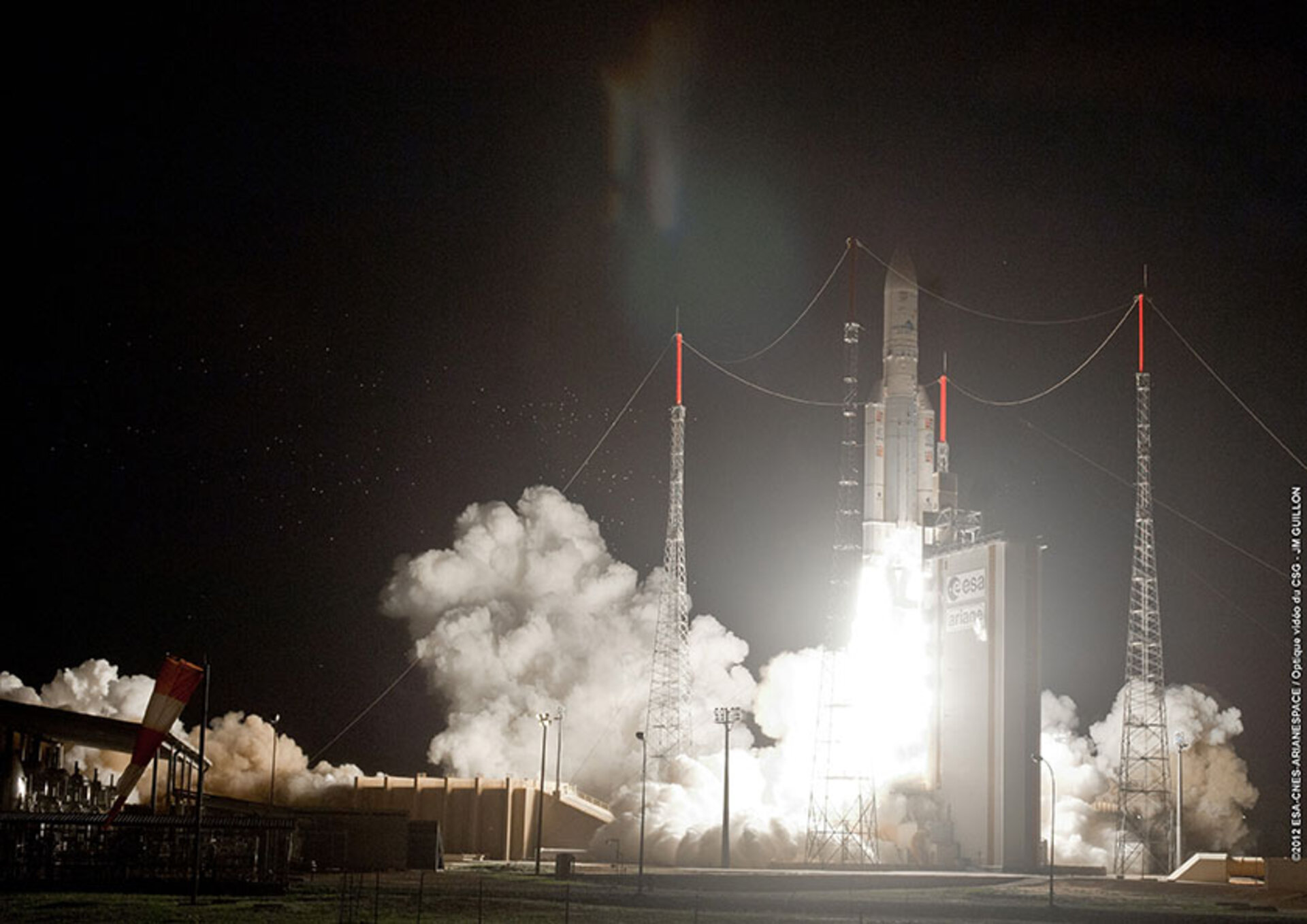 This evening, an Ariane 5 launcher lifted off from Europe’s Spaceport in French Guiana on its mission to place two telecom satellites, Skynet-5D and Mexsat Bicentenario, into their planned transfer orbits.

Skynet-5D and Mexsat Bicentenario were accurately injected into their orbits at 24 and 36 minutes after launch, respectively.

Skynet-5D will be positioned in geostationary above the equator at 25°E. Built by Astrium satellites for the operator Astrium Services, it provides secure telecommunications services to the British Ministry of Defence, NATO and countries that already use the Skynet family of military communications satellites.

Mexsat Bicentenario is the fifth Mexican satellite to be launched by Ariane. It will provide telecommunications services for Mexico and neighbouring countries.

The payload mass for this launch was 8637 kg, including the mass of auxiliary payload adaptors. 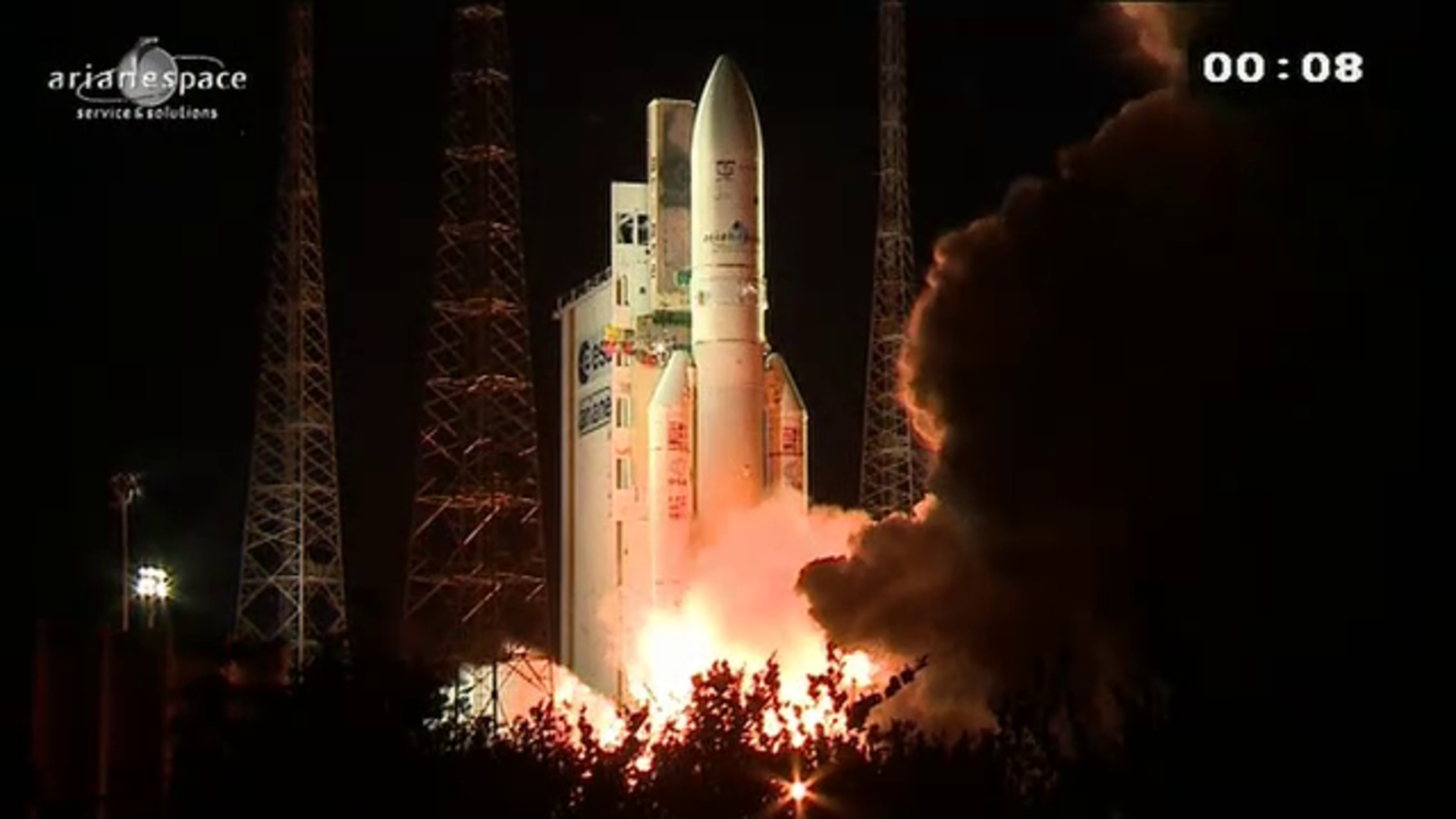