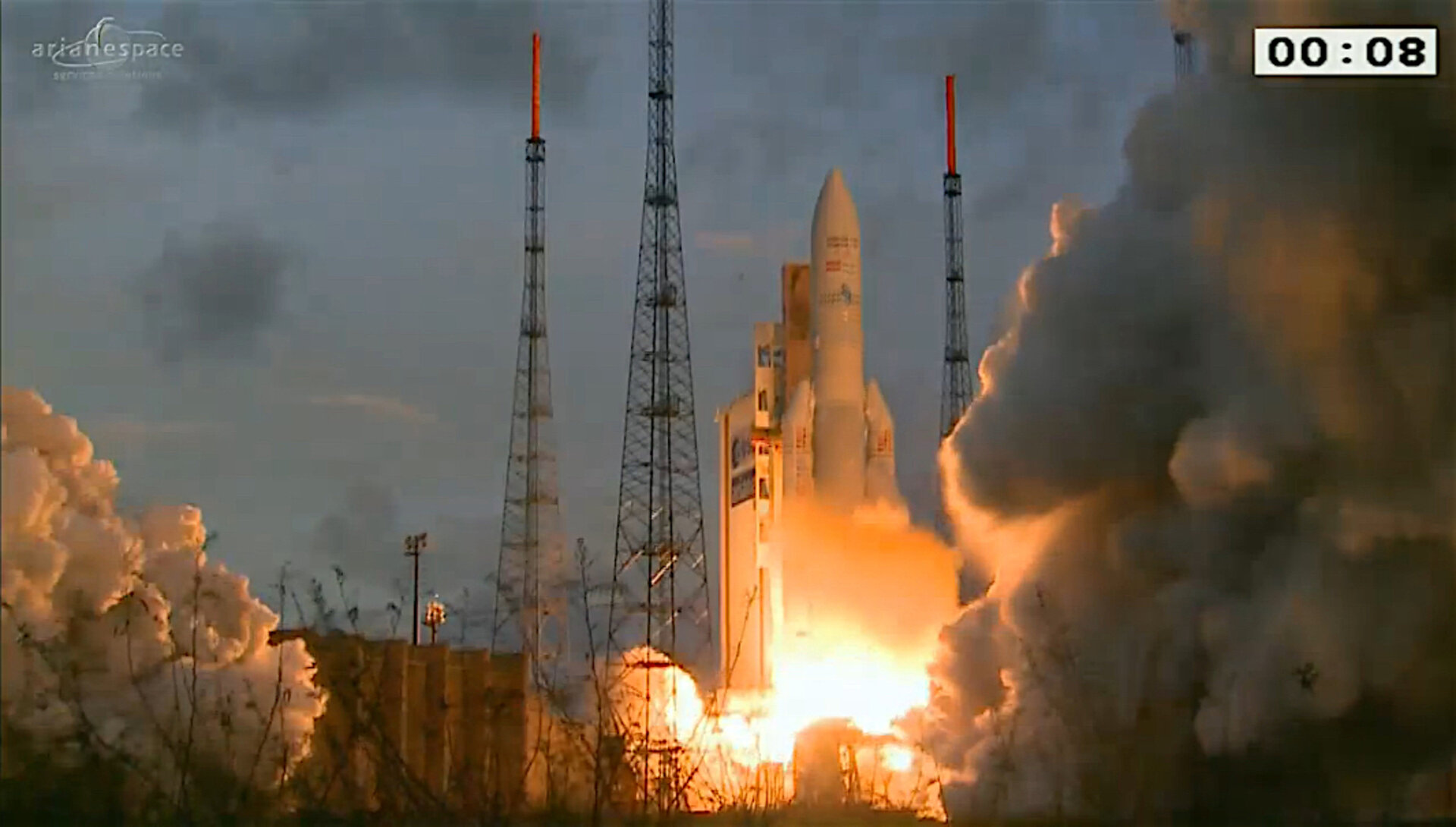 On its third mission this year, Ariane 5 lofted more than 10.7 tonnes – its heaviest commercial cargo so far.

EchoStar-18, weighing 6300 kg at liftoff and mounted in the upper position atop Ariane’s Sylda dual-payload carrier inside the fairing, was the first to be released about 29 minutes into the mission.

Following a series of burns controlled by Ariane’s onboard computer, the Sylda structure encasing the 3540 kg BRIsat was then jettisoned. BRIsat was released into its own transfer orbit about 13 minutes after the first satellite.

EchoStar-18 is owned and operated by Dish Network. Positioned at 110ºW in geostationary orbit, it will provide direct-to-home television broadcast services over North America.

BRIsat is owned and operated by Bank Rakyat Indonesia. Positioned at 150.5ºE in geostationary orbit, it will support banking services provided by this large Indonesian bank.

Both satellites have a design life of 15 years.

The payload mass for this launch was 10 731 kg. The satellites totalled about 9840 kg, with payload adapters and carrying structures making up the rest.