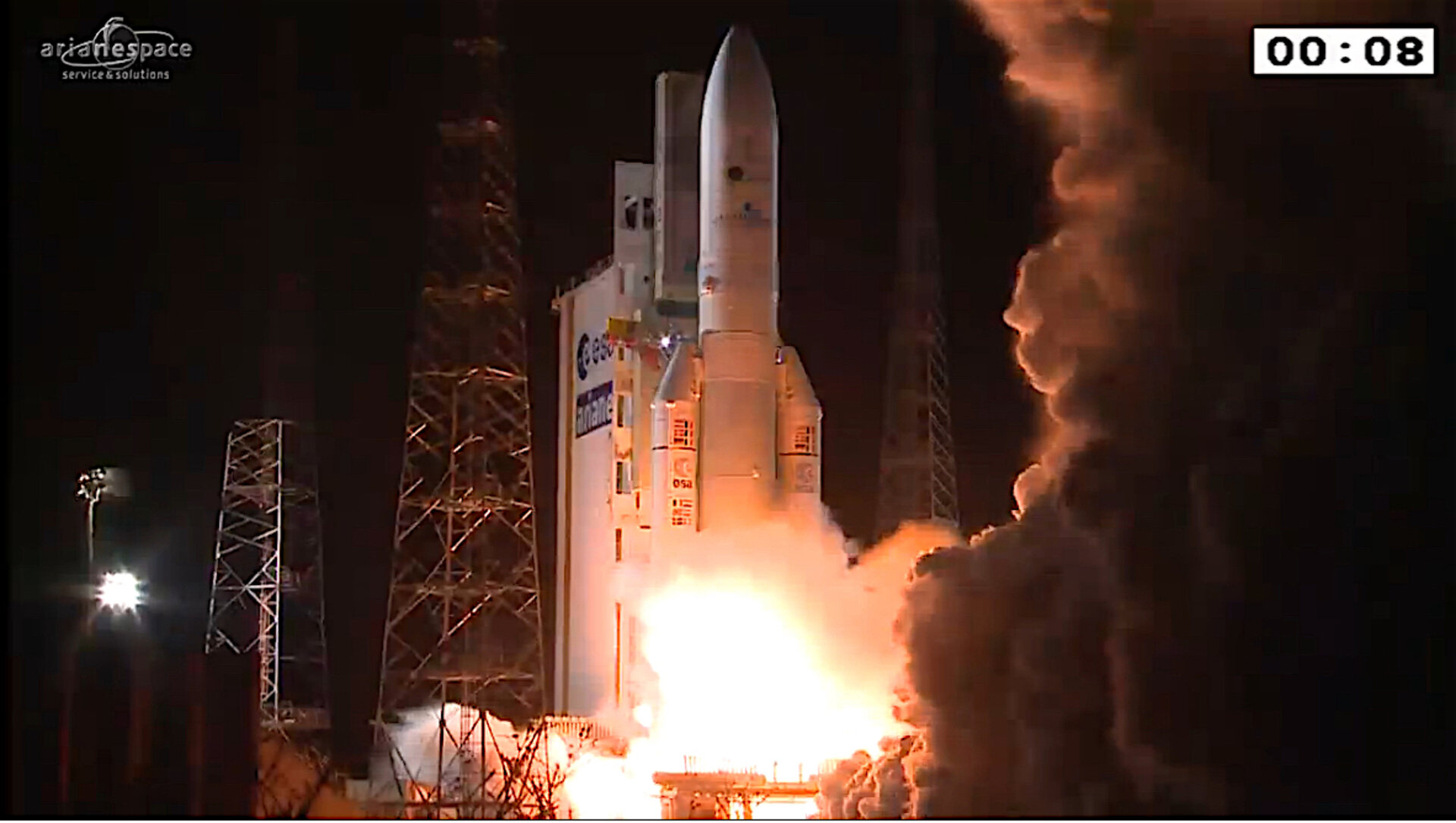 An Ariane 5 lifted off this morning to deliver telecom satellite Eutelsat-65 West A into its planned transfer orbit. Liftoff of flight VA229 occurred at 05:20 GMT (02:20 local time, 06:20 CET) from Europe’s Spaceport in Kourou, French Guiana.

Eutelsat-65 West A was the sole passenger on this launch. With a mass of 6707 kg, it was released about 27 minutes into the mission.

Positioned at 65ºW in geostationary orbit, the satellite has a design life of 15 years and will provide coverage throughout Latin America and especially Brazil with video and direct-to-home broadcasting, as well as flexible high-speed broadband access.

After satellite separation, the propellants’ temperature and level were recorded to study its behaviour in the rocket’s upper stage under microgravity. This information will help to design the upper stage for Ariane 6.

Flight VA229 was the second Ariane 5 launch of the year and the 85th Ariane 5 mission.