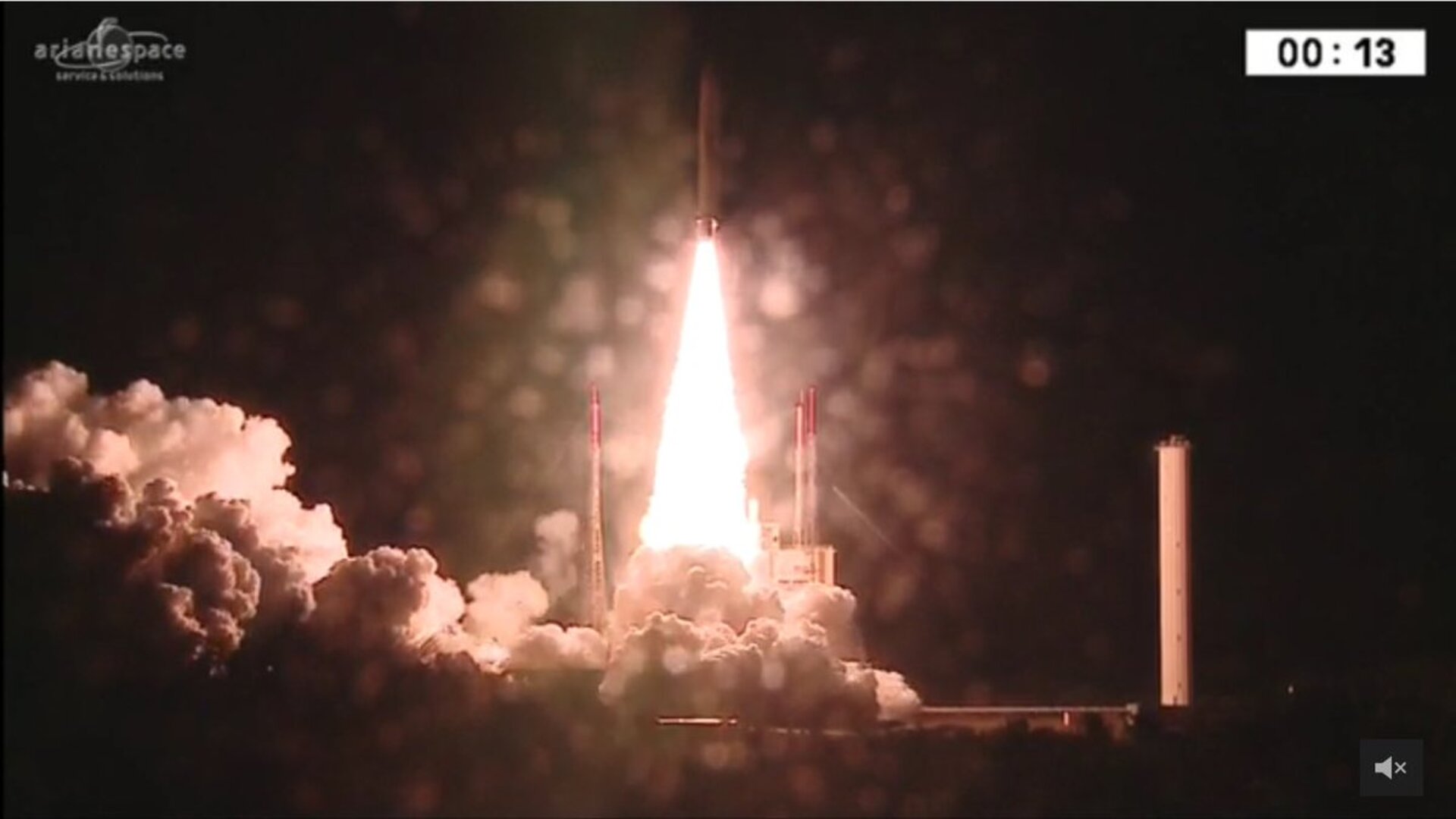 The Ariane 5 rocket, operated by Arianespace, has carried its heaviest telecommunications payload ever to deliver the ViaSat-2 and Eutelsat-172B satellites into their planned orbits.

ViaSat-2, owned and operated by ViaSat, will provide extended broadband coverage to North and Central America, the Caribbean, northern South America, and the aeronautical and maritime routes in the Atlantic Ocean between North America and Europe. The satellite has a design life of more than 14 years.

Eutelsat-172B, an all-electric satellite built in Europe for Eutelsat, will provide telecommunications and broadcasting services as well as inflight broadband and maritime connectivity to the Asia–Pacific region. The satellite has a design life of more than 15 years.

The payload mass for this launch was 10 865 kg. The satellites totalled about 9969 kg, with payload adapters and carrying structures making up the rest.