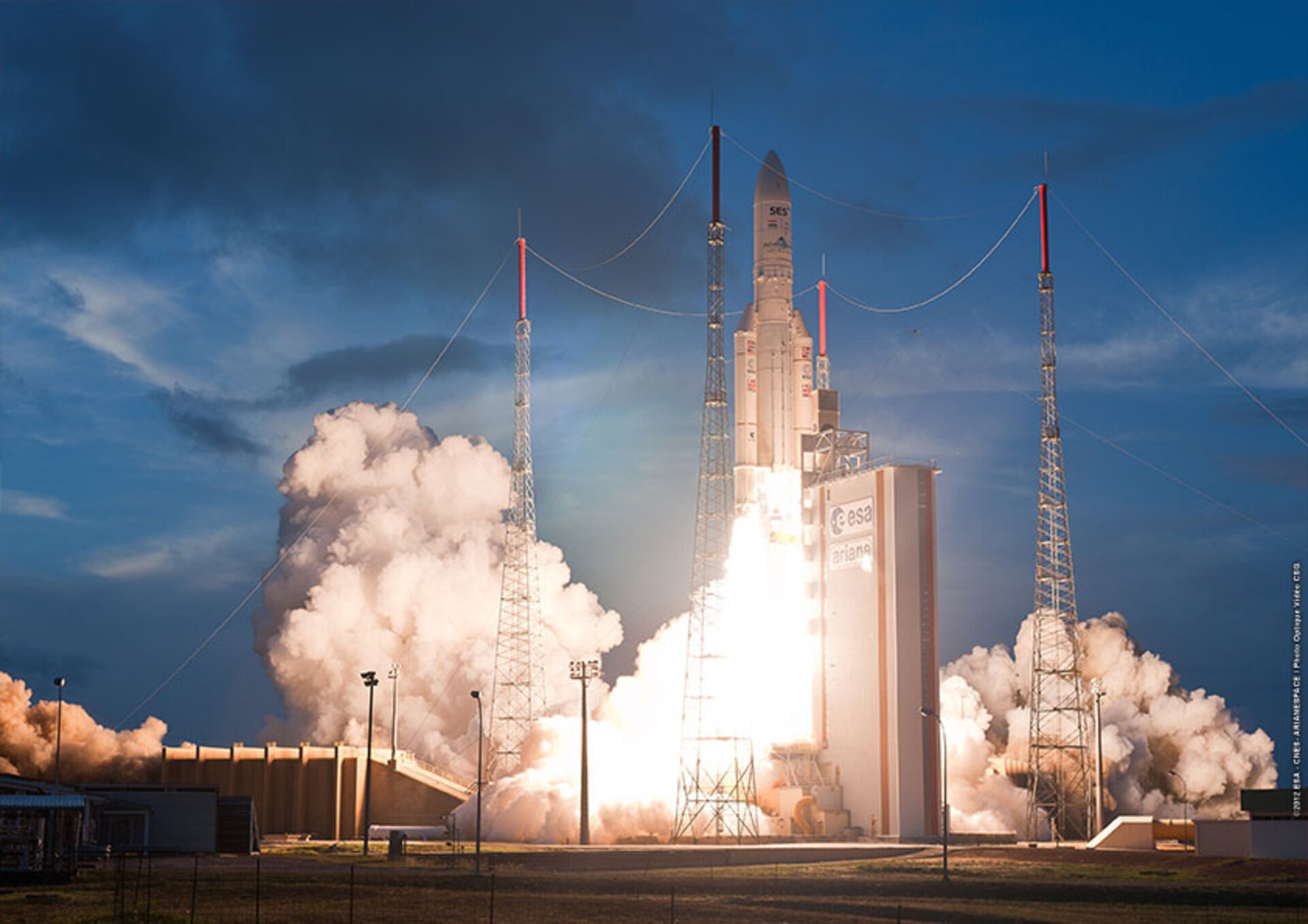 This evening, an Ariane 5 launcher lifted off from Europe’s Spaceport in French Guiana on its mission to place two telecommunications satellites, Astra-2F and GSAT-10, into their planned geostationary transfer orbits.

The satellites were accurately injected into their transfer orbits about 27 minutes and 30 minutes after liftoff, respectively.

From this transfer orbit, the satellites’ own apogee booster motors circularise their orbits to attain geostationary orbit – where they keep pace with Earth’s own rotation, causing them to remain at fixed points in the sky.

Astra-2F will be positioned above the equator at 28.2°E. It will provide new-generation direct-to-home TV broadcast services to Europe, the Middle East and Africa.

GSAT-10, to be positioned at 83°E, will provide telecommunication, direct-to-home broadcasting and radio-navigation services to India.

The payload mass for this launch was 10 211 kg; the satellites totalled 9401 kg, with payload adapters and dispensers making up the additional 810 kg. This was a new record for Ariane 5 ECA performance.

Ariane 5’s cryogenic, liquid-propellant main engine was ignited first. Seven seconds later, after checking the functioning of the main engine, the solid-propellant boosters also fired, and the vehicle lifted off.

The solid boosters were jettisoned 2 min 21 sec after main engine ignition, and the fairing protecting the payload during the climb through Earth’s atmosphere was discarded at 3 min 17 sec.

The launcher’s main cryogenic engine shut down at 8 min 59 sec and separated from the upper stage and its payload six seconds later.

Four seconds after main stage separation, the engine of the cryogenic upper stage ignited to continue the journey. The engine shut down at 25 min 20 sec into the flight, at which point the vehicle was travelling at 9350 m/s (33 660 km/h) at an altitude of 660.7 km. The conditions for geostationary transfer orbit injection had been achieved.