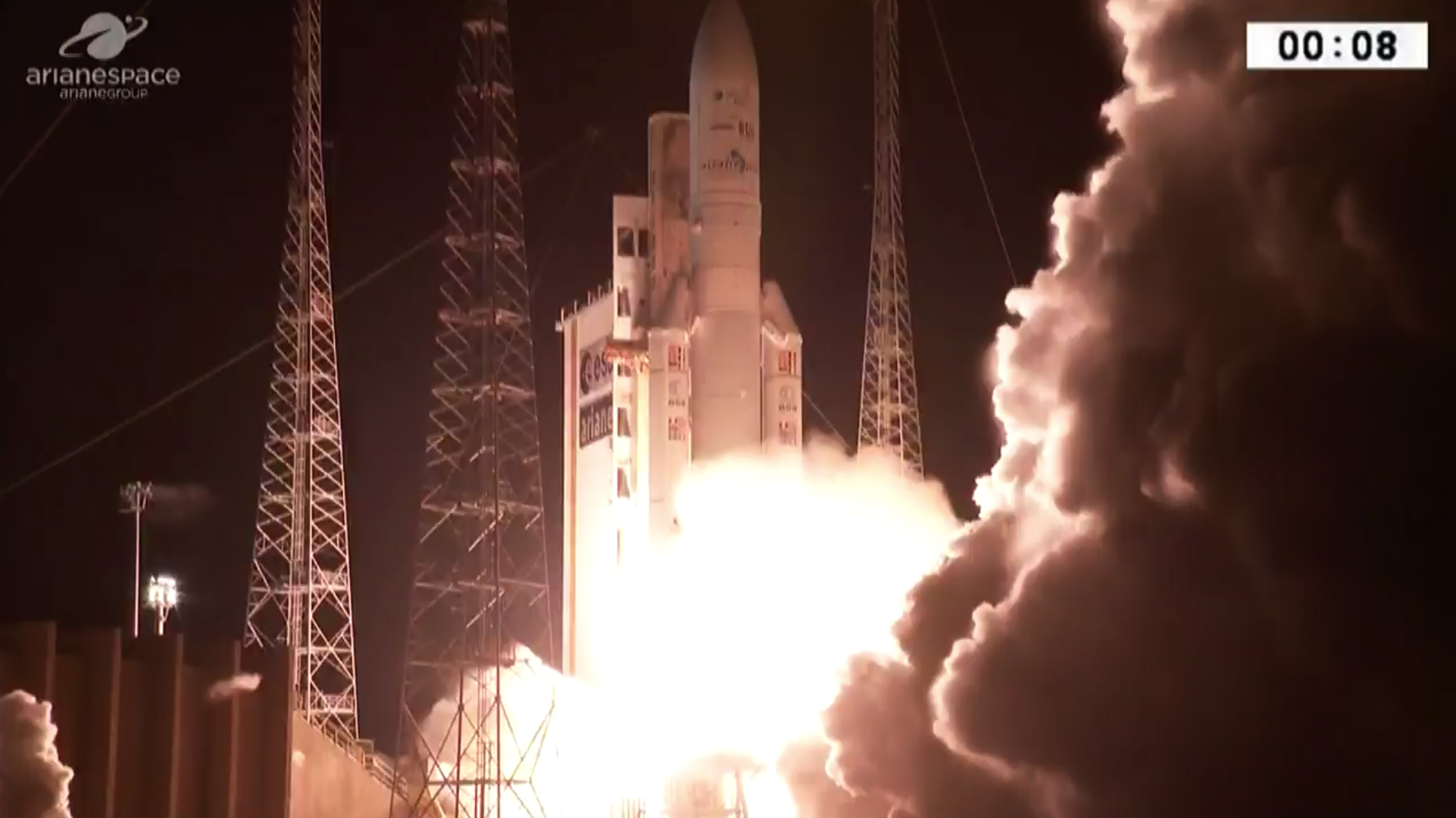 Ariane 5 has delivered two telecom satellites, Intelsat-37e and BSAT-4a, into their planned orbits.

Intelsat-37e, owned and operated by Intelsat, offers a new generation of fixed and mobile communications for the Americas, Africa and Europe. The satellite has a design life of more than 15 years.

BSAT-4a, operated by Japan’s Broadcasting Satellite System Corporation, will provide direct-to-home television services to Japan in high and ultra-high definition. The satellite has a design life of more than 15 years.

The performance requested for this launch was about 10 838 kg. The satellites totalled about 9958 kg, with payload adapters and carrying structures making up the rest.

This mission follows its previous launch attempt that was halted just before liftoff on 5 September. After solving the anomaly and completing related checks, Arianespace resumed operations for today’s launch.