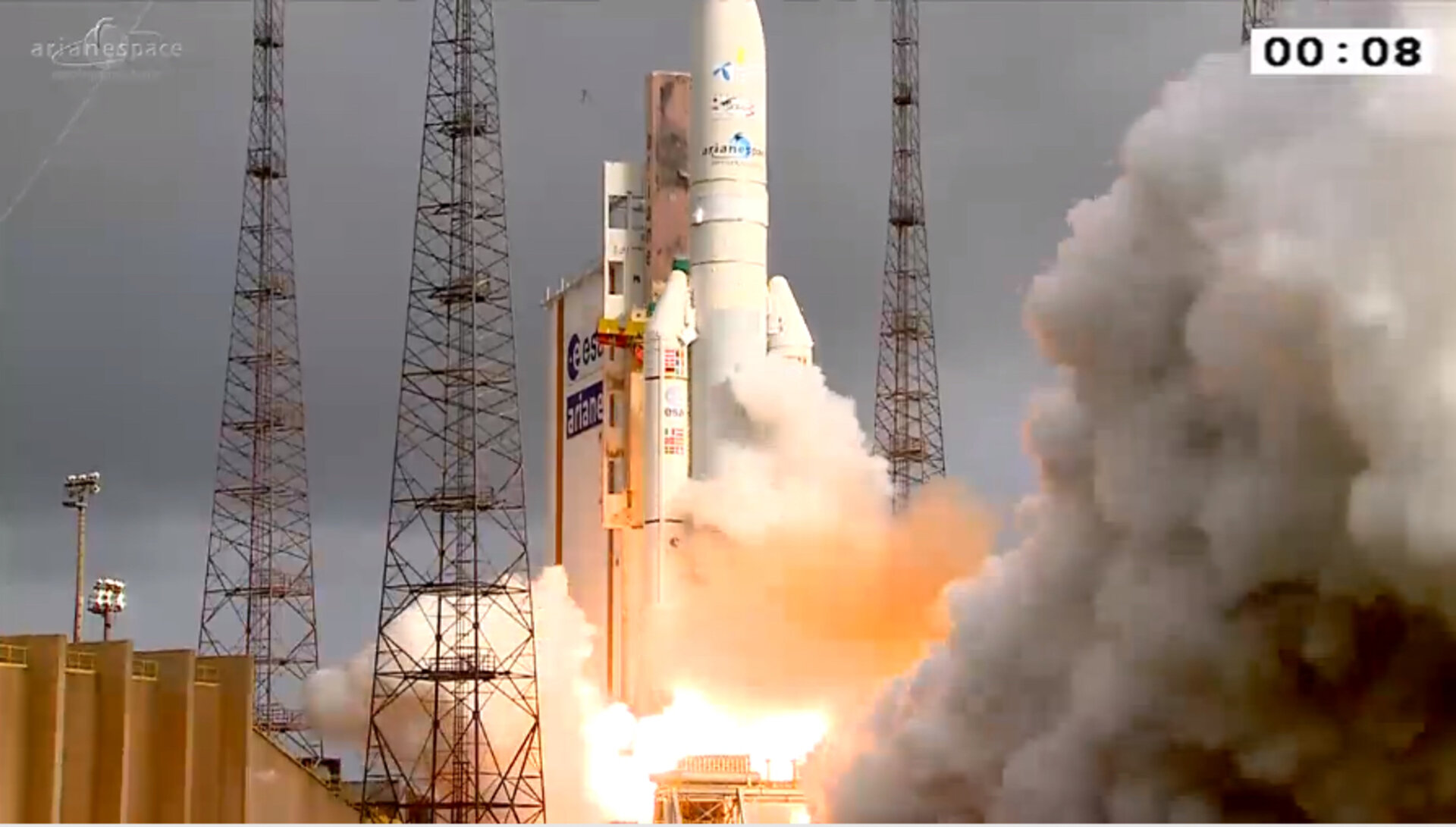 An Ariane 5 has lifted off from Europe’s Spaceport in Kourou, French Guiana and delivered two telecom satellites into their planned orbits.

Thor-7, with a mass of about 4590 kg and mounted in the upper position atop Ariane’s Sylda dual-payload carrier, was the first to be released about 28 minutes into the mission.

Following a series of burns controlled by Ariane’s computer, the Sylda structure encasing the 4365 kg Sicral-2 was then jettisoned. Sicral-2 was released into its own transfer orbit about six minutes after the first satellite.

Thor-7, operated by Norway’s Telenor Satellite Broadcasting AS, will be positioned at 0.8°W in geostationary orbit to deliver high-performance Ka-band communications for the maritime sector. Thor-7 also has a Ku-band payload for broadcast and television services in Central and Eastern Europe. The satellite has a design life of about 15 years.

Sicral-2, operated by Italy’s Telespazio, will be positioned in geostationary orbit to provide strategic and tactical telecommunications links for French and Italian military forces, as well as reserve capacity for other NATO nations. It has a design life of 15 years.

The payload mass for this launch was 9970 kg. The satellites totalled 8955 kg, with payload adapters and carrying structures making up the rest. 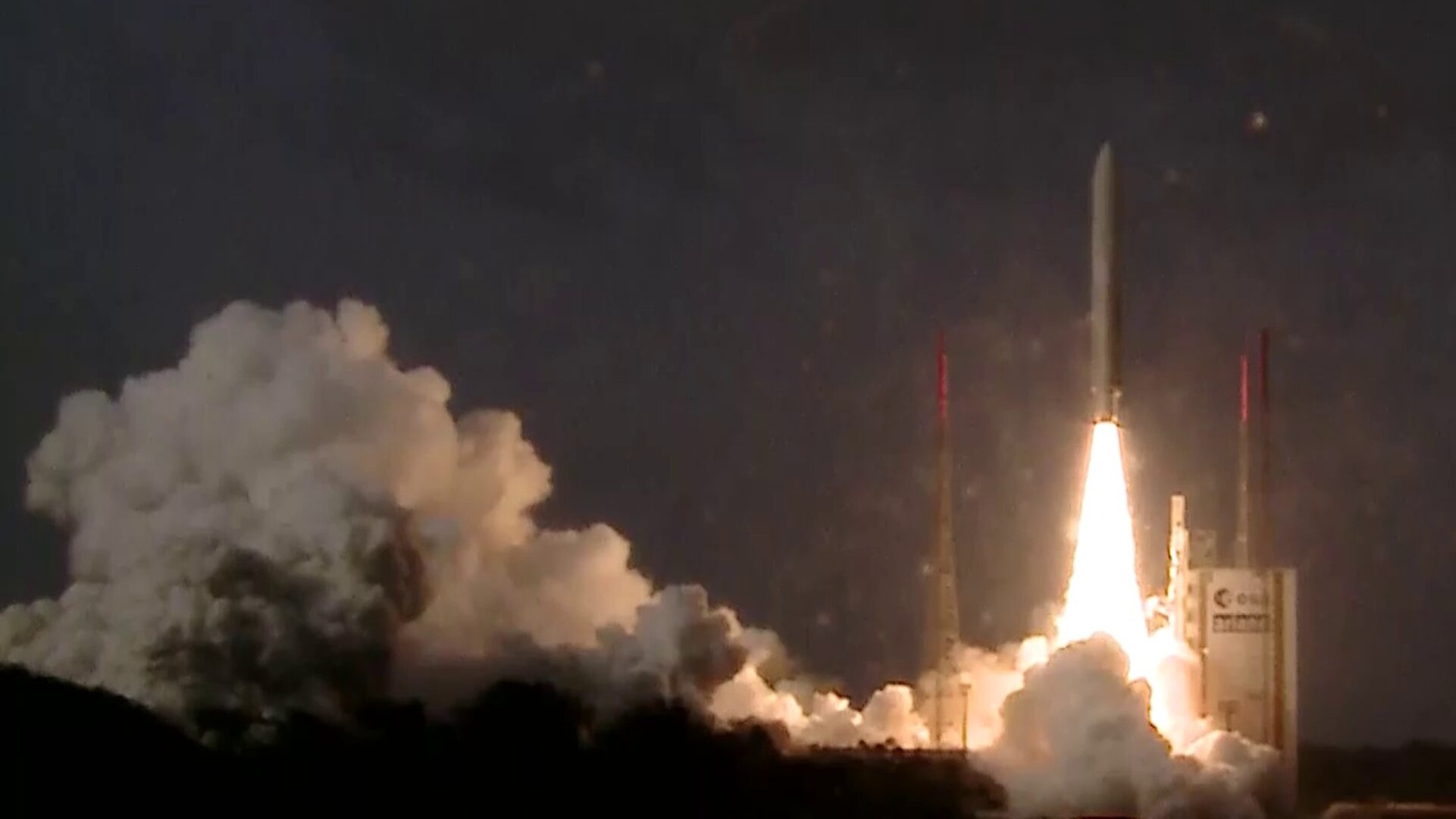