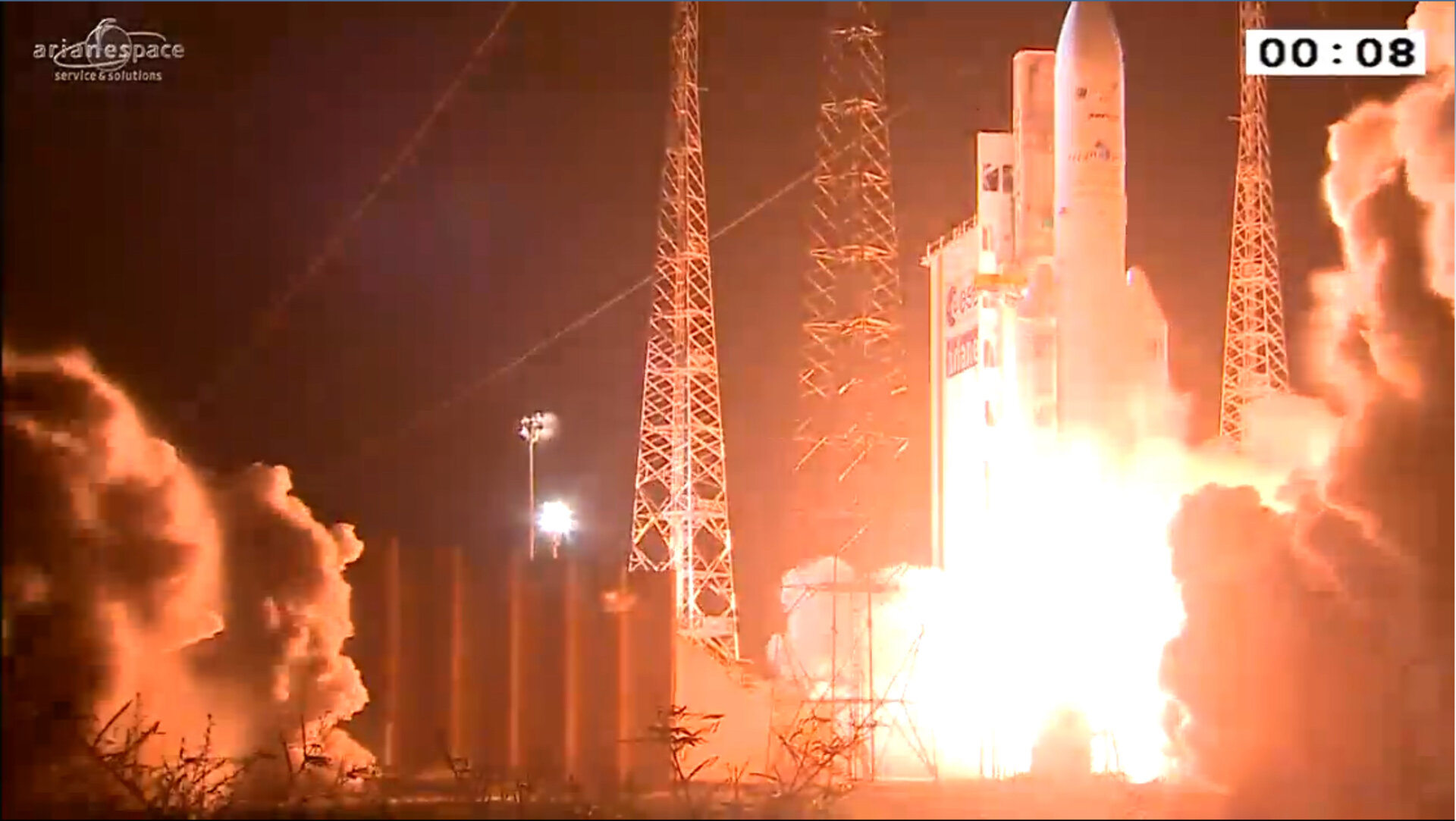 Intelsat-29e was the sole passenger on this launch. With a mass at liftoff of 6552 kg, it was released about 30 minutes into the mission.

Positioned at 50ºW over Brazil in geostationary orbit, the satellite has a design life of 15 years and is the first of a new generation of telecom satellites that will provide the fastest commercially available connectivity to mobile network operators, aero and maritime mobility service providers and government customers. Coverage is the Americas and over the North Atlantic for shipping and aviation routes.

This is the first of two of Intelsat’s next-generation satellites that will be launched by Ariane 5 this year.