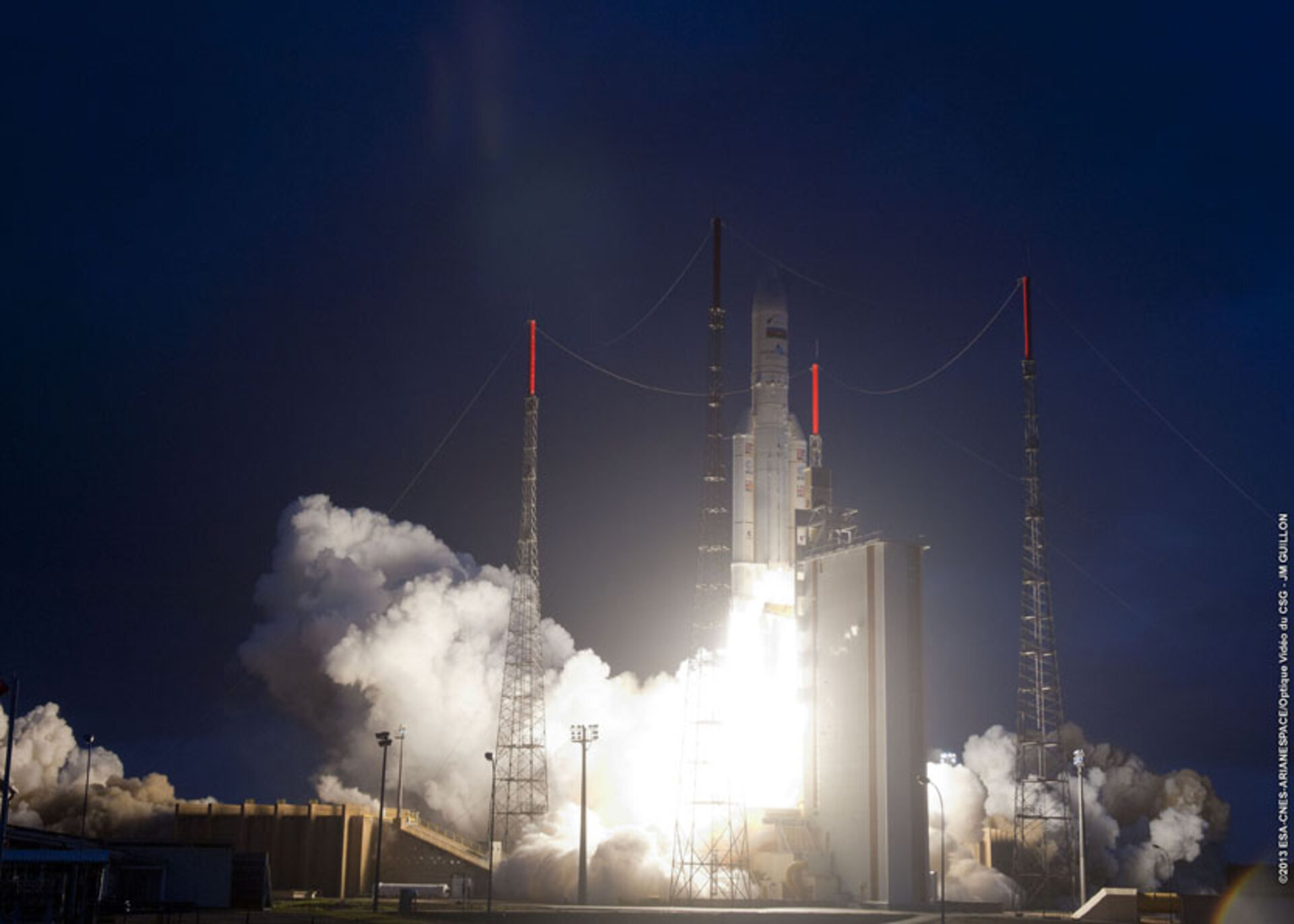 The first Ariane 5 heavy-lift mission of the year has delivered the Azerspace/Africasat-1a and Amazonas-3 telecom satellites into their planned transfer orbits.

Both satellites were accurately injected into their transfer orbits 27 and 36 minutes after launch, respectively.

Amazonas-3 is the first high-power telecom satellite to offer services in Ka-band over Latin America. It will provide telecommunications and broadband connectivity in Europe, as well as America and North Africa, from its geostationary position over 61°W.

Azerspace/Africasat will provide a wide range of telecommunications services for Azerbaijan, Central Asia, Europe, the Middle East and Africa from 46°E.

Payload mass for Ariane’s 68th launch was 10 350 kg, including the auxiliary payload adaptors, which is a new record for Ariane 5 GTO missions. 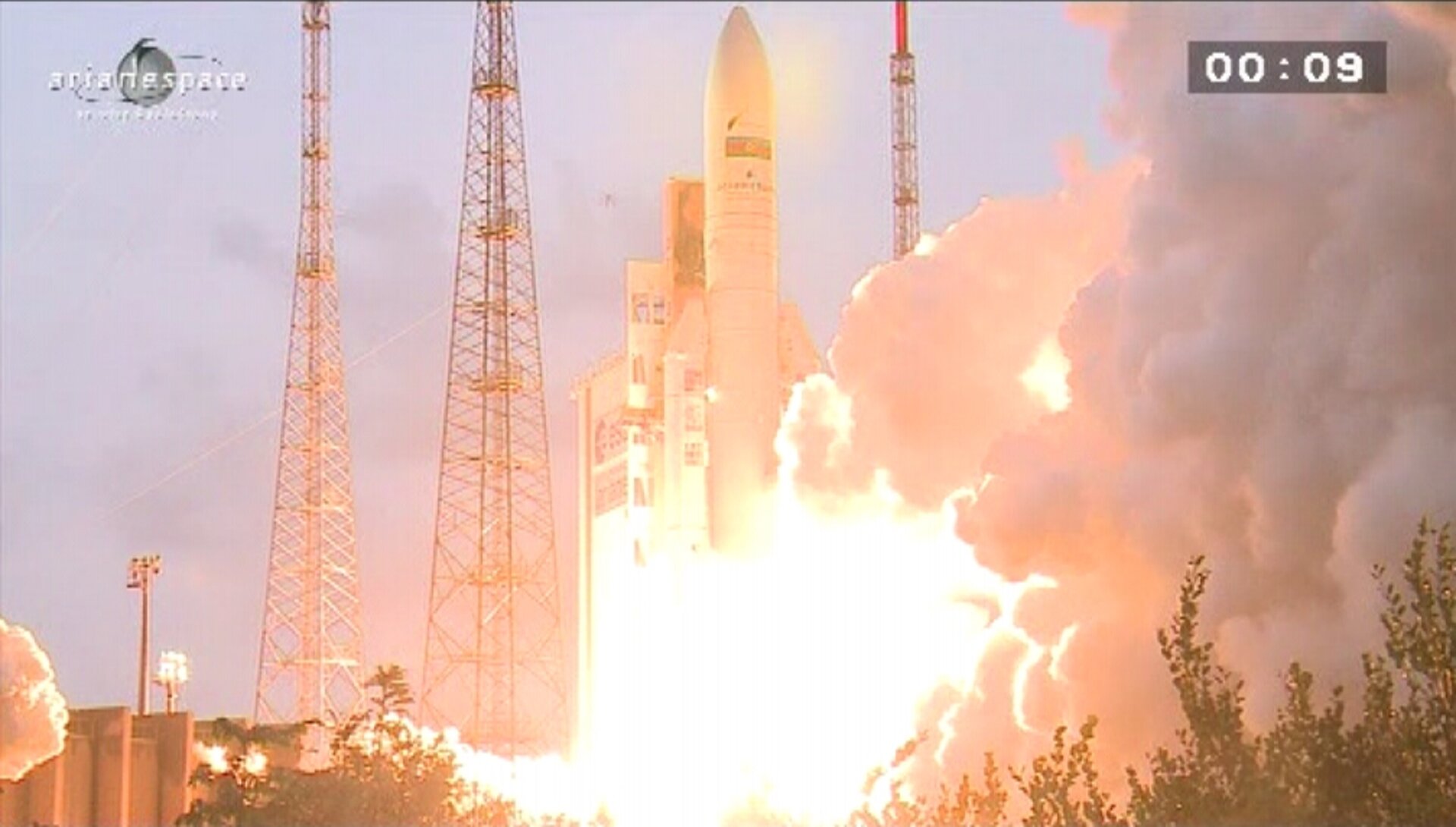 Ariane 5's first lift off of 2013
Access the video