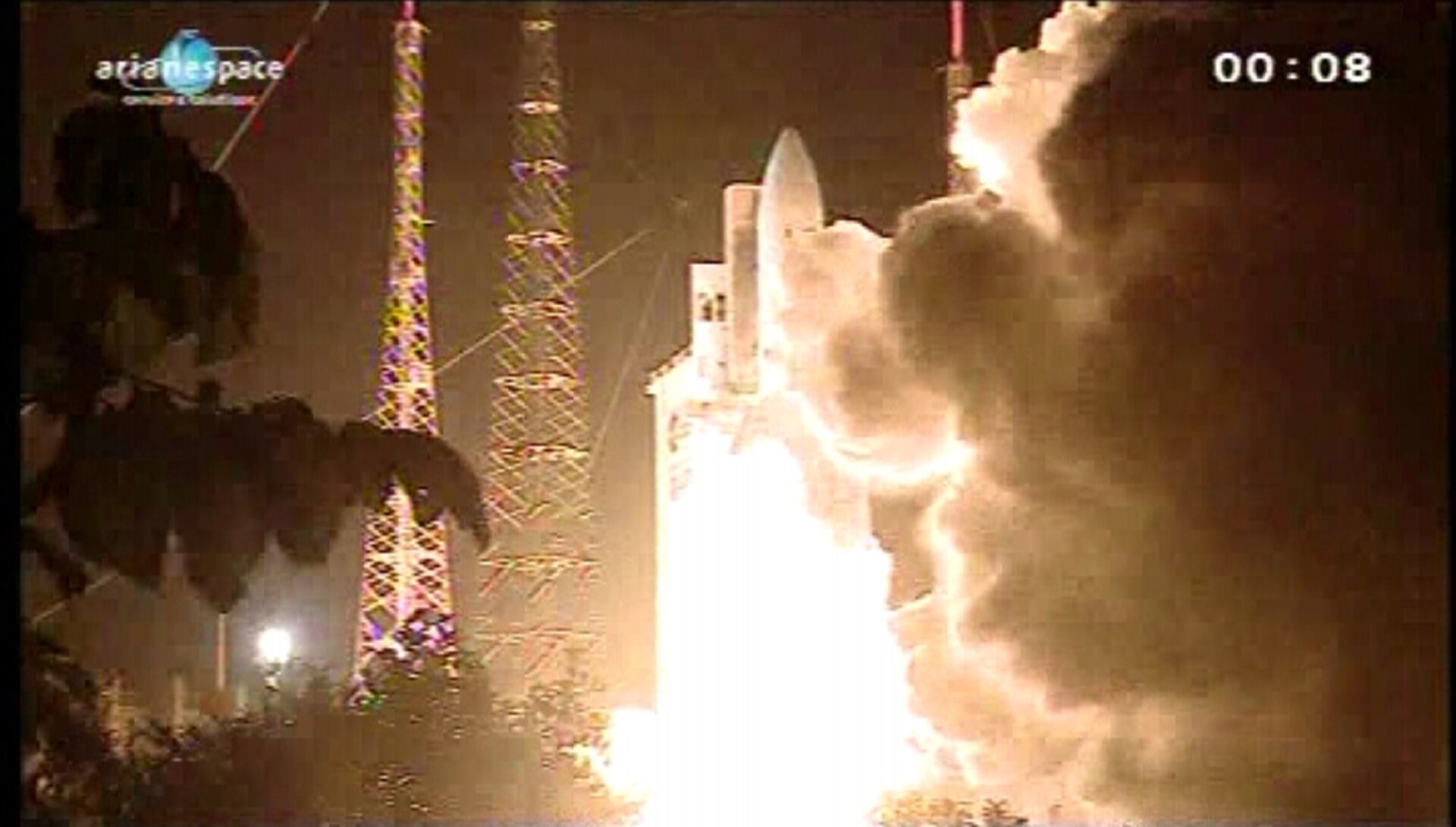 Early this morning, an Ariane 5 launcher lifted off from Europe’s Spaceport in French Guiana on its mission to place two telecommunications satellites, Astra-1N and BSAT-3c/JCSAT-110R, into their planned transfer orbits.

The satellites were accurately injected into their transfer orbits about 27 minutes and 38 minutes after liftoff, respectively.

Astra-1N will be positioned above the equator at 19.2°E. It will provide direct-to-home television broadcast services in Europe.

BSAT-3c/JCSAT-110R, to be positioned over 110°E, will provide mainly television broadcast services in Japan.

The payload mass for this launch was 9095 kg; the satellites totalled 8240 kg, with payload adapters and dispensers making up the additional 855 kg.

The Ariane 5’s cryogenic, liquid-propellant main engine was ignited first. Seven seconds later, the solid-propellant boosters also fired, and the vehicle lifted off a fraction of a second later.

The solid boosters were jettisoned 2 min 21 sec after main engine ignition, and the fairing protecting the payload during the climb through Earth’s atmosphere was discarded at 3 min 12 sec.

The launcher’s main engine was shut down at 8 min 52 sec; six seconds later, the main cryogenic stage separated from the upper stage and its payload.

Four seconds after main stage separation, the engine of the cryogenic upper stage was ignited to continue the journey. The engine was shut down at 24 min 58 sec into the flight, at which point the vehicle was travelling at 9356 m/s (33 682 km/h) at an altitude of 657 km. The conditions for geostationary transfer orbit injection had been achieved.