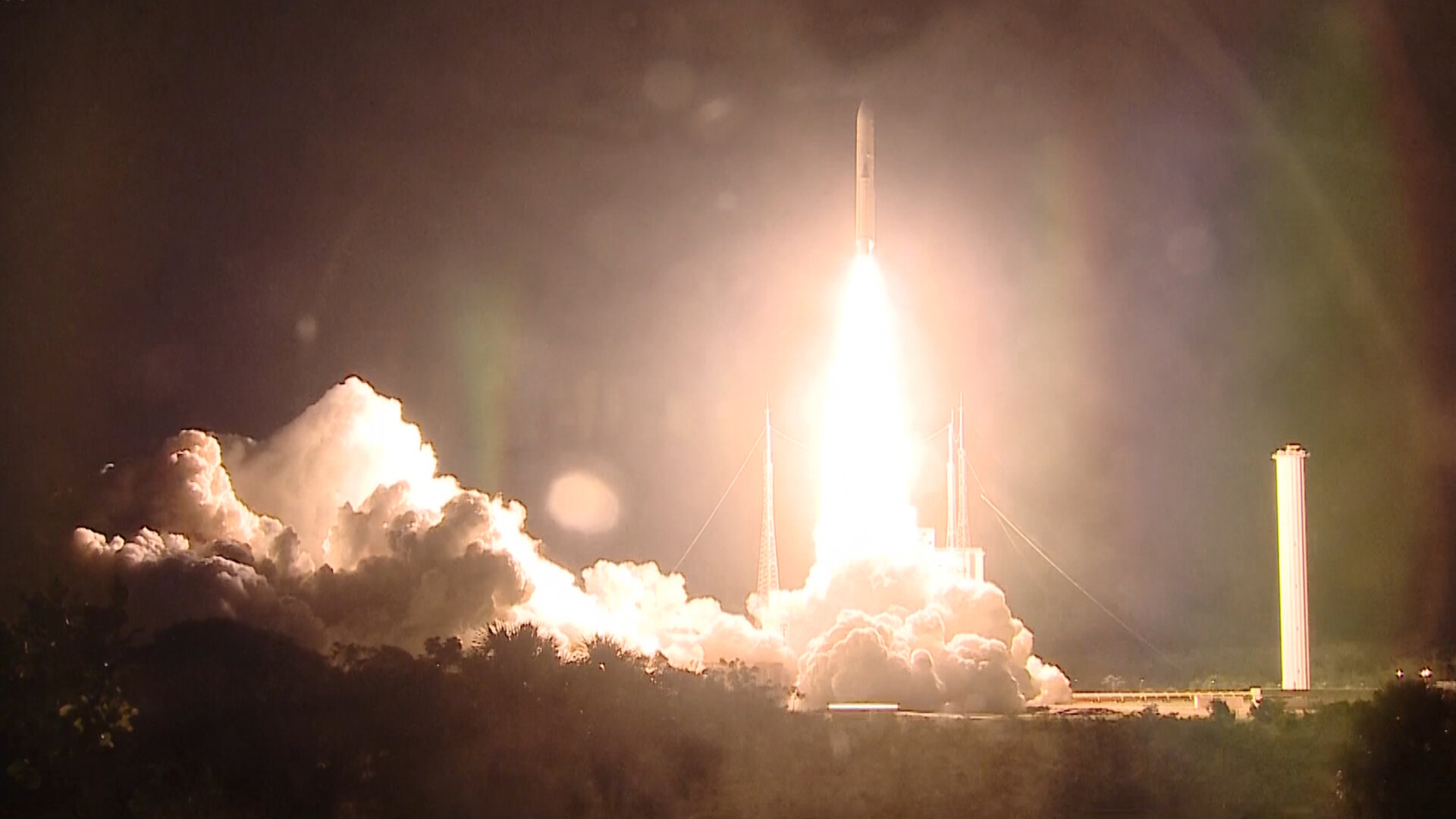 An Ariane 5 ECA has lifted off from Europe’s Spaceport in Kourou, French Guiana and placed two telecommunications satellites, Measat-3b and Optus-10, into their planned orbits.

Measat-3b, with a mass of 5897 kg and mounted on top of Ariane’s Sylda dual-payload adapter, was the first to be released 27 minutes into the mission.

Following a series of burns controlled by Ariane’s computer, the Sylda structure encasing Optus-10 was then jettisoned. Optus-10, with a mass of 3270 kg, was released into its own transfer orbit about 7 min 30 sec after the first satellite.

Measat-3b, owned and operated by Measat Global Berhad, will be positioned at 91.5°E longitude in geostationary orbit to provide telecommunications and direct-to-home broadcast services to Malaysia, India, Indonesia and Australia. The satellite has a design life of about 15 years.

Optus-10, owned by Optus in Australia, a subsidiary of SingTel, will be positioned at 164°E longitude in geostationary orbit to provide direct TV broadcast, internet, telephone and data transmission services to Australia, New Zealand and the Antarctic region. It has a design life of 15 years.

The payload mass for this launch was 10 097 kg. The satellites totalled 9167 kg, with payload adapters and carrying structures making up the rest. 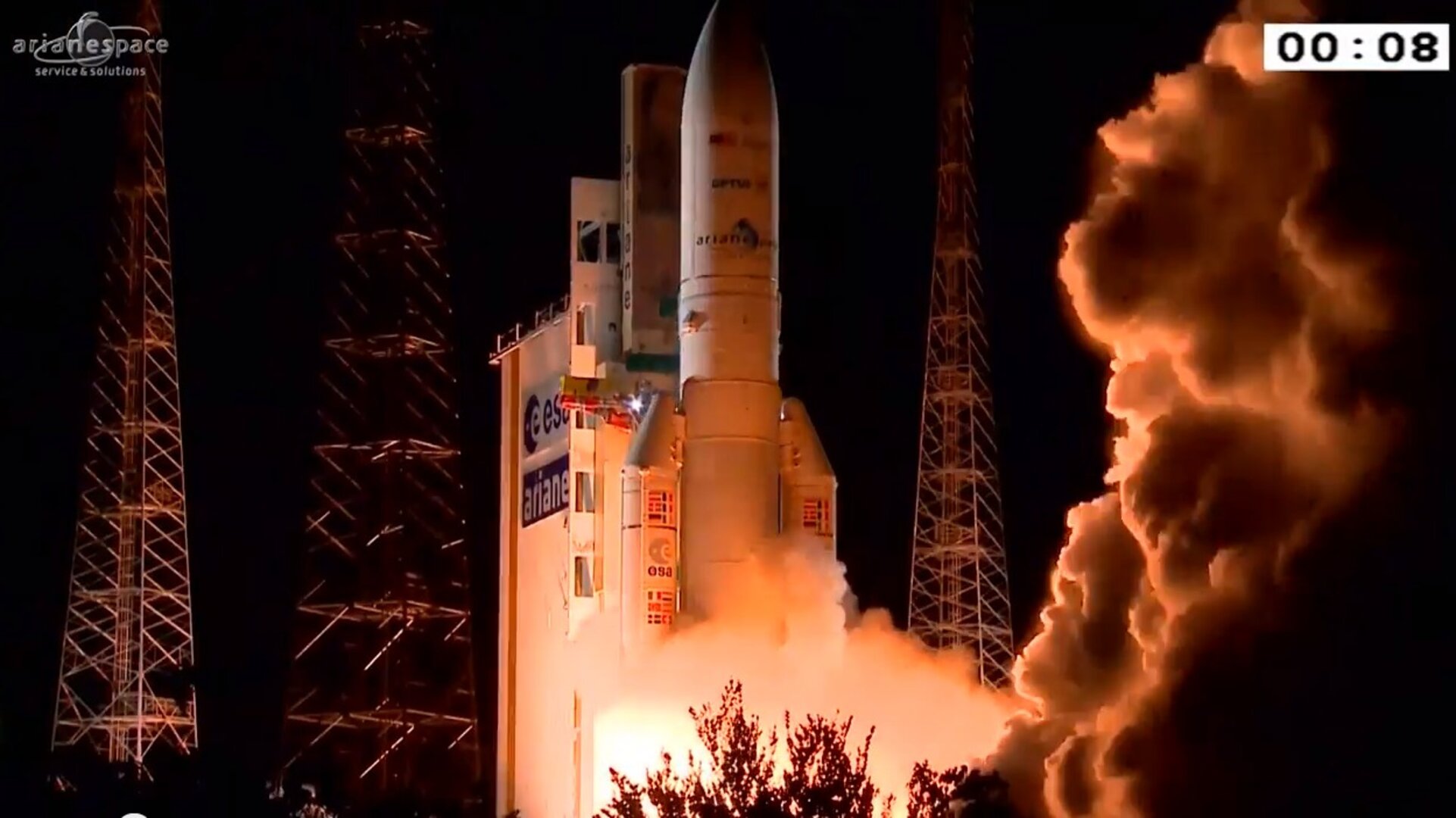