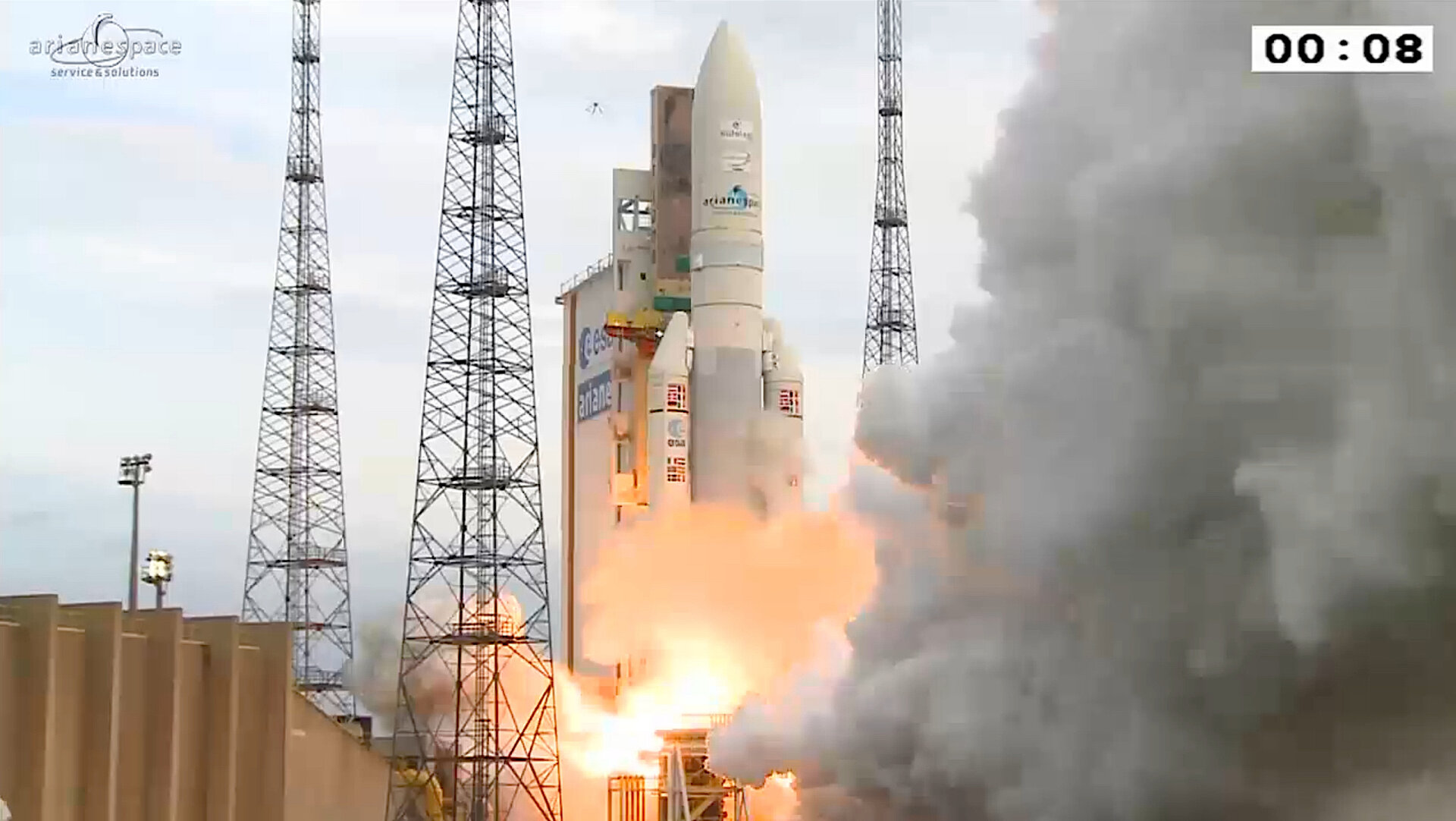 An Ariane 5 lifted off tonight from Europe’s Spaceport in Kourou, French Guiana, and delivered two telecom satellites into their planned orbits.

Eutelsat-8 West B, with a mass of 5782 kg and mounted in the upper position atop Ariane’s Sylda dual-payload carrier, was the first to be released about 28 minutes into the mission.

Following a series of burns controlled by Ariane’s computer, the Sylda structure encasing the 3300 kg Intelsat-34 was then jettisoned. Intelsat-34 was released into its own transfer orbit about 13 minutes after the first satellite.

Eutelsat-8 West B, owned and operated by Eutelsat, will operate from 8°W in geostationary orbit. It will provide HD and Ultra HD direct-to-home TV broadcast services to the Middle East and North Africa, and telecommunications services in Africa and the eastern part of South America. The satellite has a design life of about 15 years.

Intelsat-34, owned and operated by Intelsat, will be positioned at 304.5°E in geostationary orbit to provide media distribution services for Latin America and host a leading Brazilian direct-to-home platform. It will also support advanced broadband services to maritime and aeronautical providers serving the North Atlantic. It has a design life of 15 years.

The payload mass for this launch was 9912 kg. The satellites totalled about 9082 kg, with payload adapters and carrying structures making up the rest. 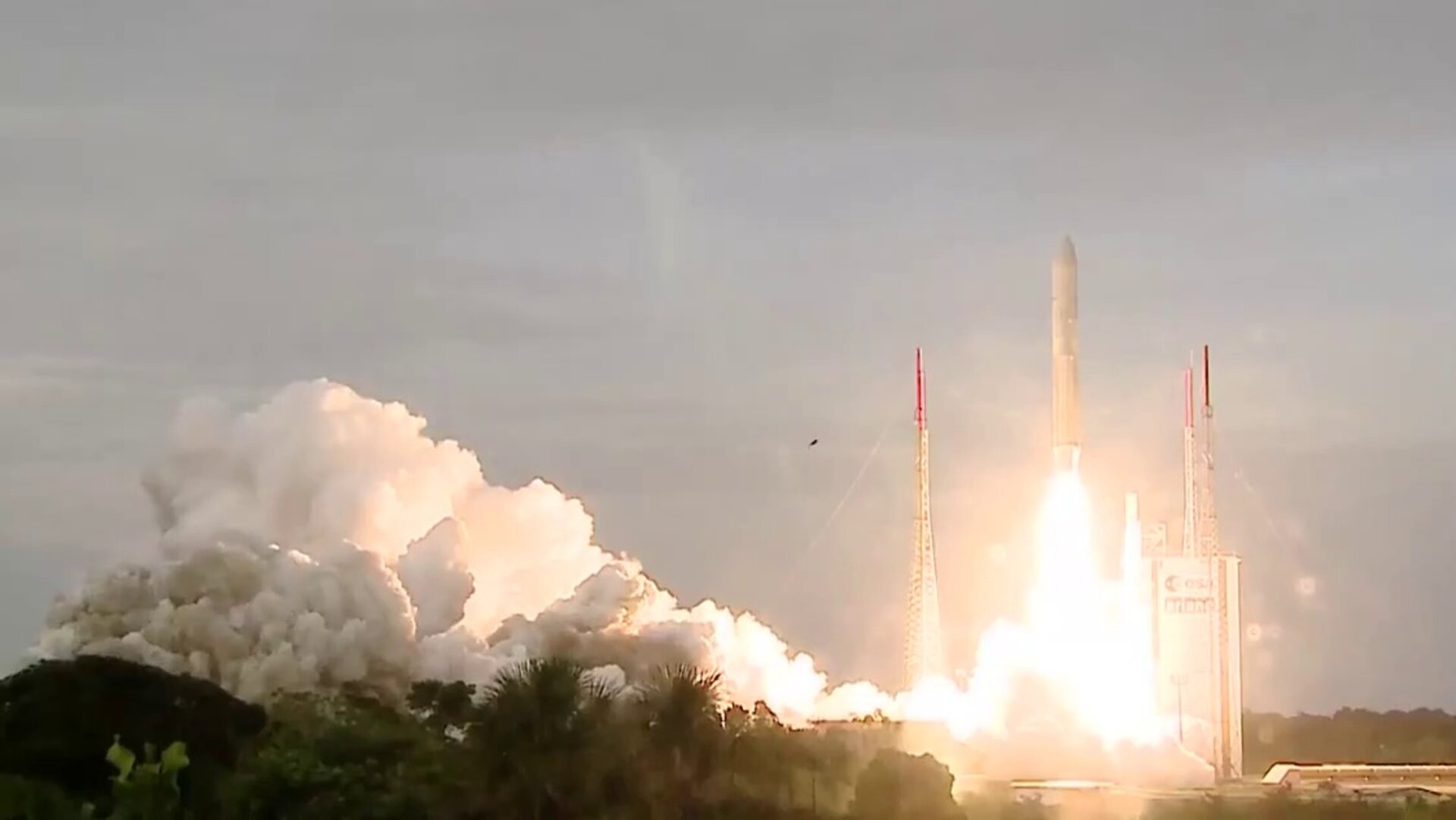