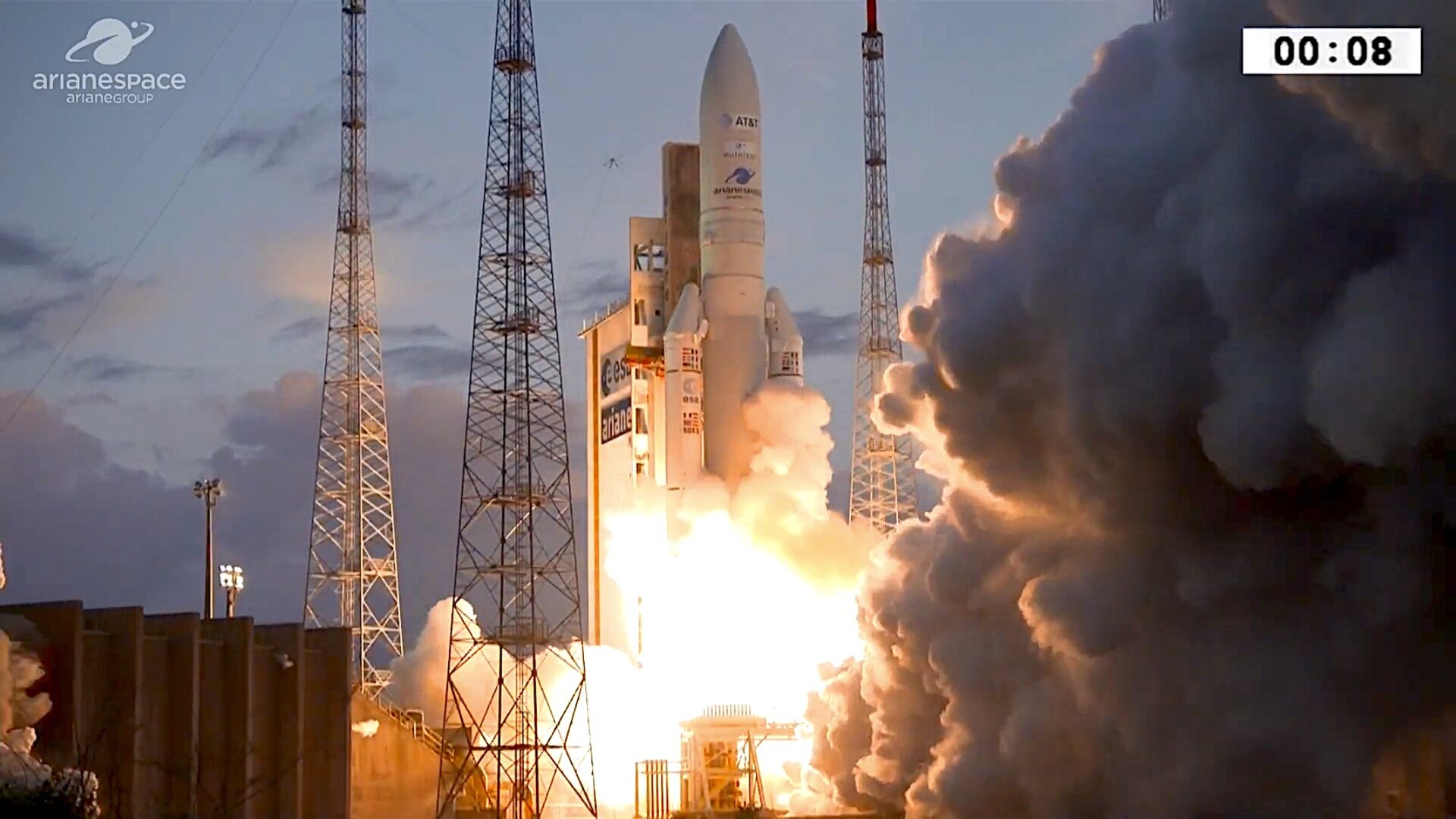 An Ariane 5 has delivered the T-16 and Eutelsat-7C telecom satellites into their planned orbits.

Eutelsat-7C, owned and operated by Eutelsat, provides high-power broadcasting for markets in Africa, Europe, the Middle East and Turkey. This satellite has a design life of more than 15 years.

The performance requested for this launch was about 10 594 kg. The satellites totalled about 9730 kg, with payload adapters and carrying structures making up the rest.