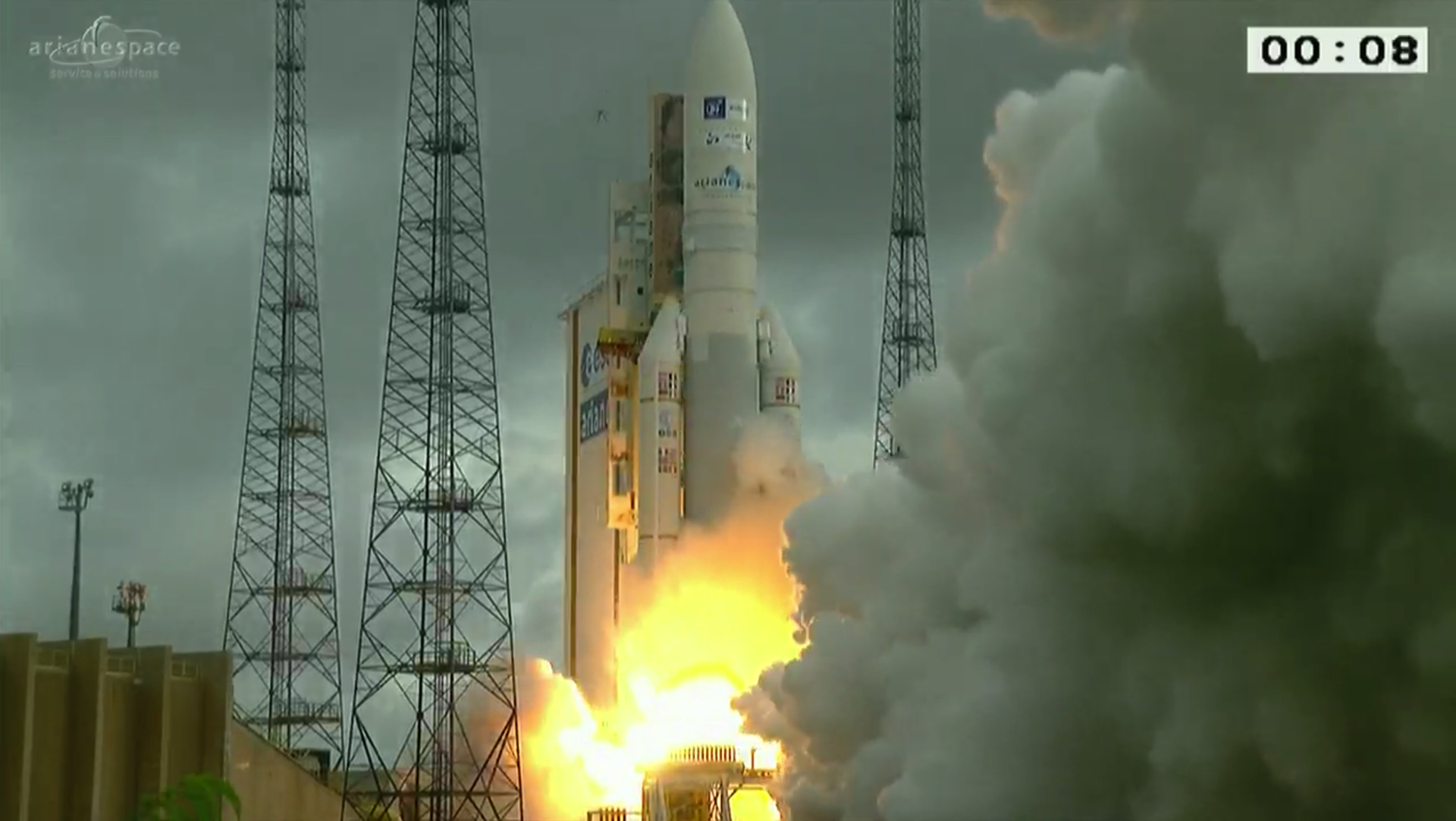 An Ariane 5 lifted off this evening to deliver two telecom satellites, Star One-D1 and JCSat-15, into their planned orbits.

JCSat-15, owned by SKY Perfect JSat, will offer a range of communications services for Japan, including broadcasting, data transfer, and maritime and aeronautical applications for the Oceania and Indian Ocean regions.

Both satellites are designed to last more than 15 years.

The payload mass for this launch was 10 722 kg. The satellites totalled about 9833 kg, with payload adapters and carrying structures making up the rest.

Flight VA234 was the 90th Ariane 5 launch, and the seventh this year.