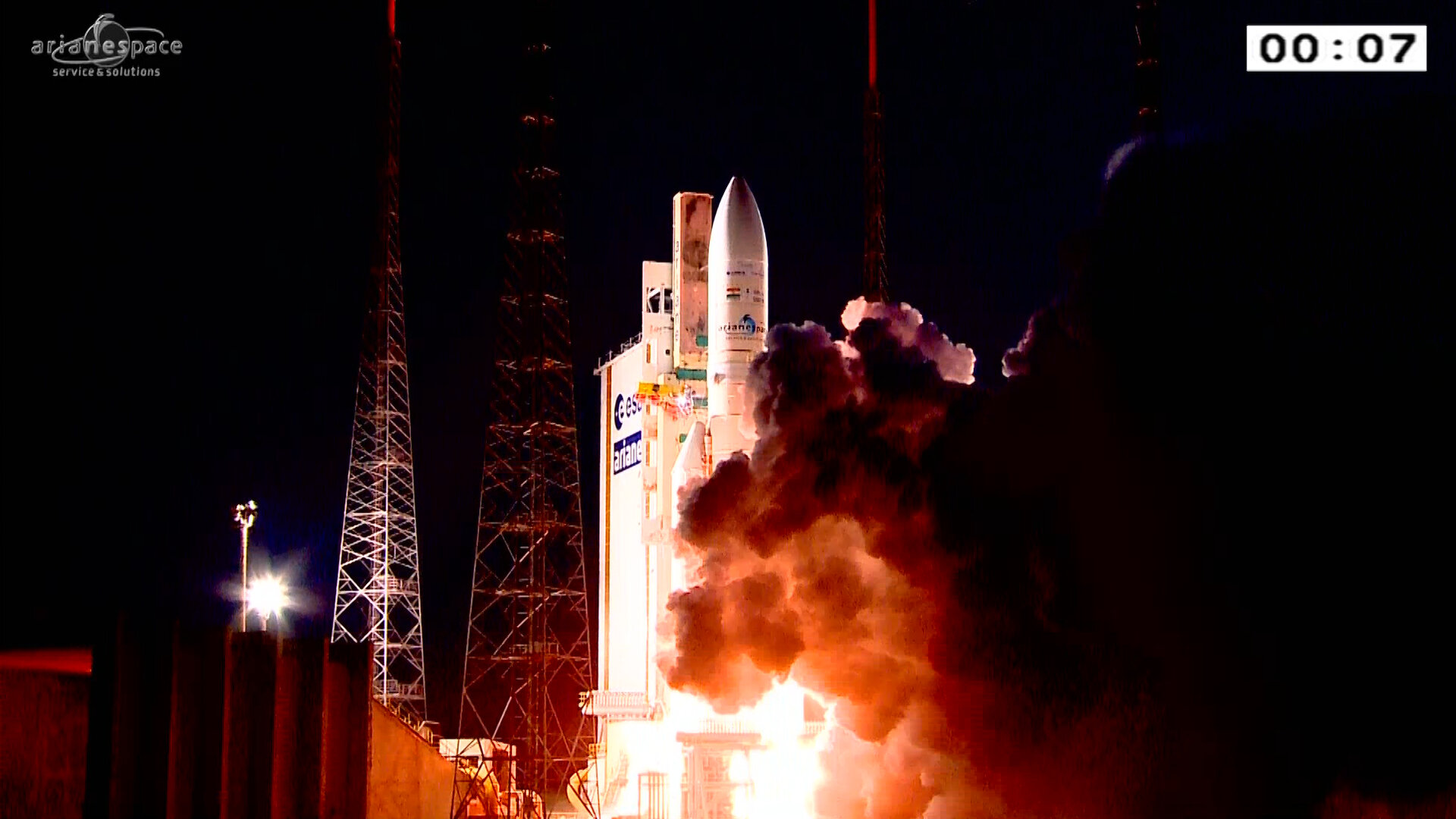 An Ariane 5 has delivered two telecom satellites, Arabsat-6B and GSAT-15, into their planned orbits.

Arabsat-6B, with a mass at liftoff of 5798 kg and mounted in the upper position atop Ariane’s Sylda dual-payload carrier inside the fairing, was the first to be released about 27 minutes into the mission.

Following a series of burns controlled by Ariane’s computer, the Sylda structure encasing the 3164 kg GSAT-15 was then jettisoned. GSAT-15 was released into its own transfer orbit about 16 minutes after the first satellite.

Arabsat-6B, built by Airbus Defence and Space and Thales Alenia Space, is owned and operated by Arabsat, an Arab League intergovernmental organization. Positioned at 26°E in geostationary orbit, Arabsat-6B will provide TV broadcasting, broadband and telecommunications services over the Middle East, Africa and Central Asia. It has a design life of about 15 years.

GSAT-15, built and owned by the Indian Space Research Organization, will operate at 93.5°E in geostationary orbit to provide telecommunications services, as well as dedicated navigation-aid and emergency services for India. It has a design life of 12 years.

The payload mass for this launch was 9811 kg. The satellites totalled about 8963 kg, with payload adapters and carrying structures making up the rest. 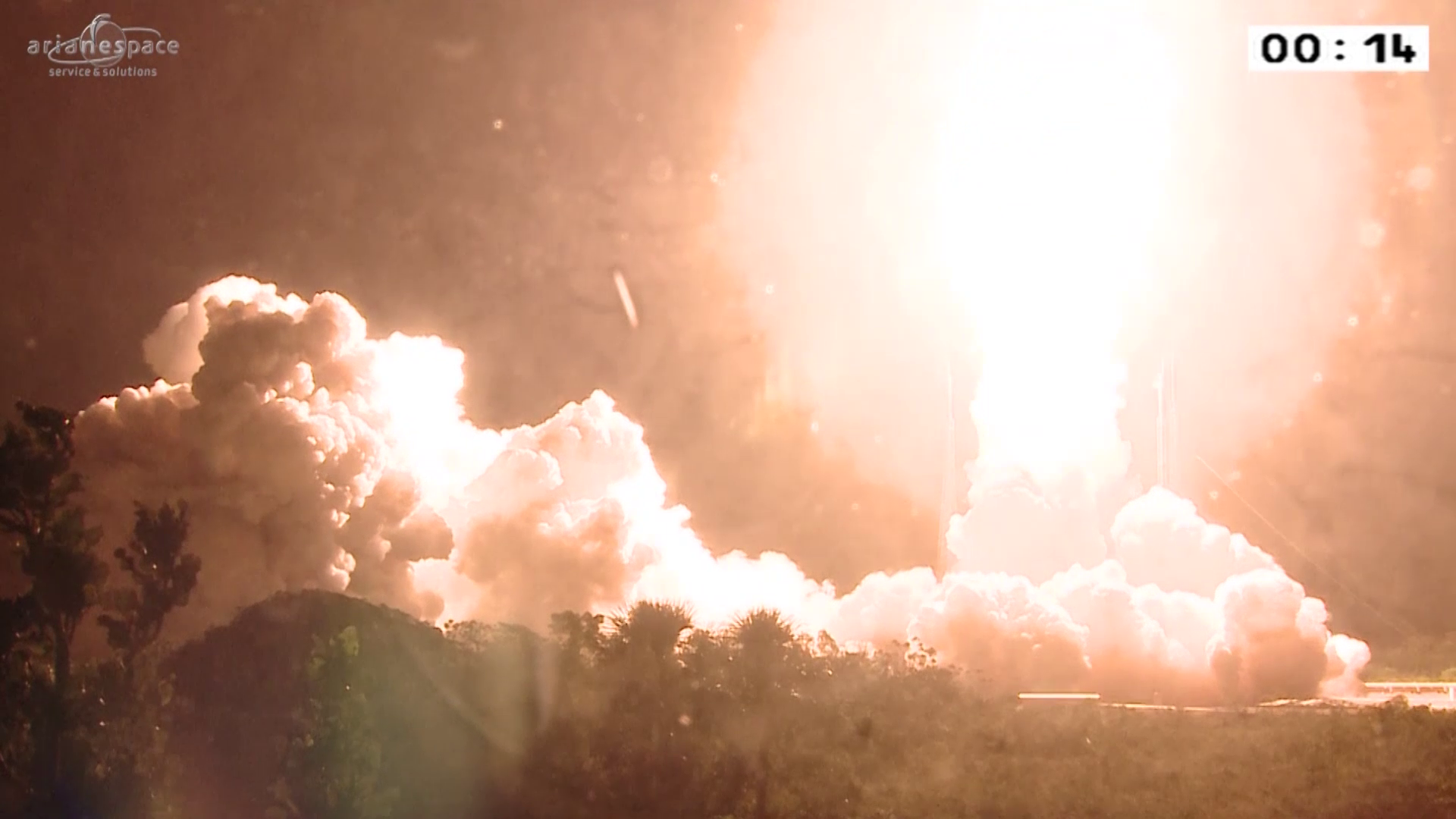