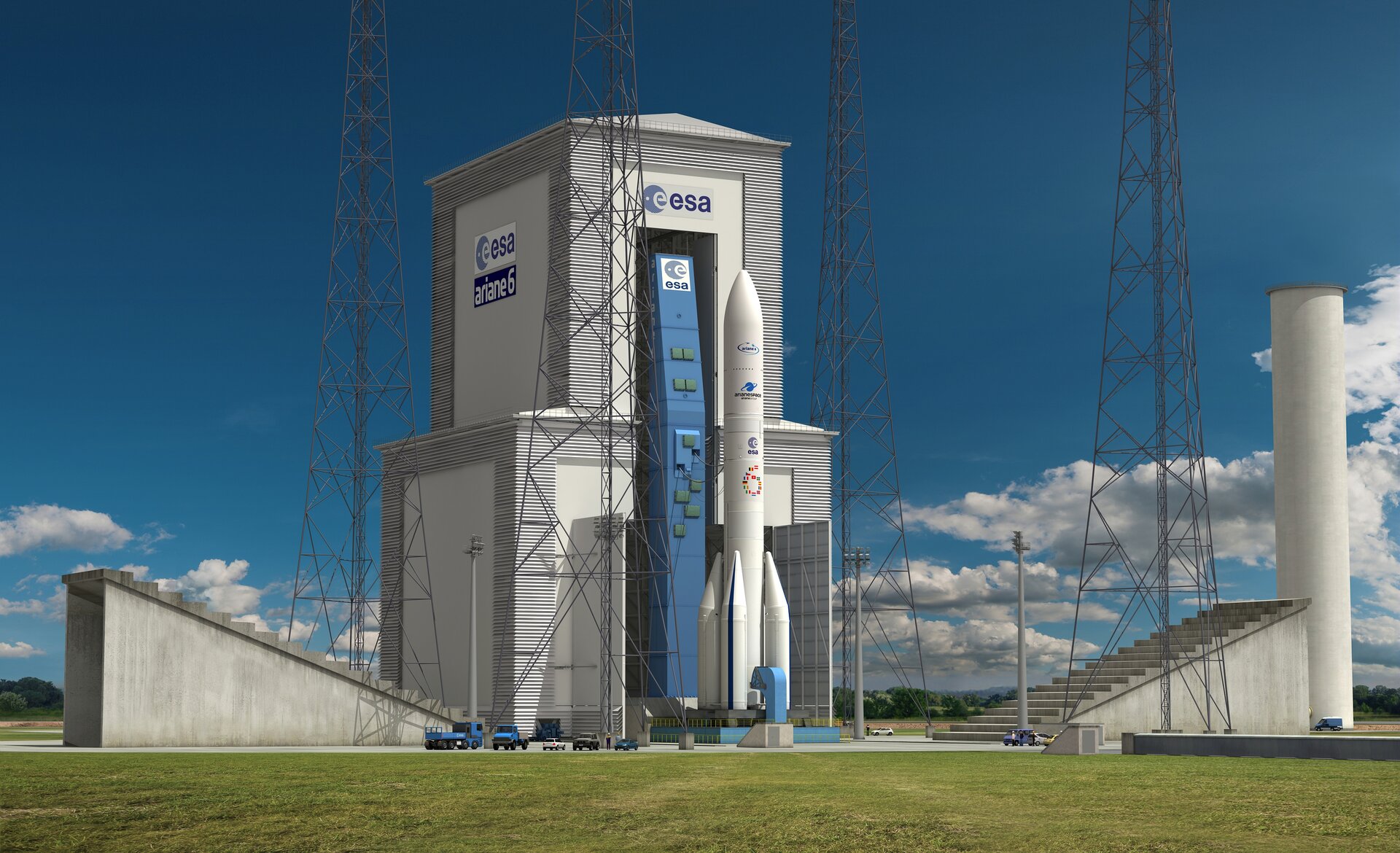 After a programme review completed in September, ESA is now in a position to proceed with the full development of its Ariane 6 and Vega C launch vehicles.

Today, the riders to the contracts awarded in August 2015 were signed at ESA headquarters in Paris, France. This confirms the timely continuation of the preparation of Europe’s Ariane 6 and its launch complex.

While ESA is overseeing procurement and the architecture of the overall launch systems, industry is developing the rockets.

The set-up with ASL is an important change of governance in the European launcher sector. Industry is the design authority and taking full responsibility for developing and exploiting the vehicles, committing to deliver them to ESA and the European institutional customers at specified competitive prices.

The contracts follow the decisions taken at the ESA Council meeting at Ministerial level held in Luxemburg in December 2014 and further resolutions taken in September and November this year.

“Ariane 6 is on track for its 2020 maiden flight, achieving full operational capability in 2023,” said Daniel Neuenschwander, ESA’s Director of Launchers.

“The timely availability of Ariane 6 is bound to have a significant impact on the increasingly competitive worldwide launcher market.”

The overall value of the contracts is €3 billion. The contract amounts are: €2.4 billion for ASL and €600 million for CNES.

They cover the final full-scale development of Ariane 6 and its launch complex.

The riders to the contracts were signed by Jan Dietrich Woerner, Director General of ESA, Alain Charmeau, CEO/President of ASL, and Jean-Yves Le Gall, President of CNES.