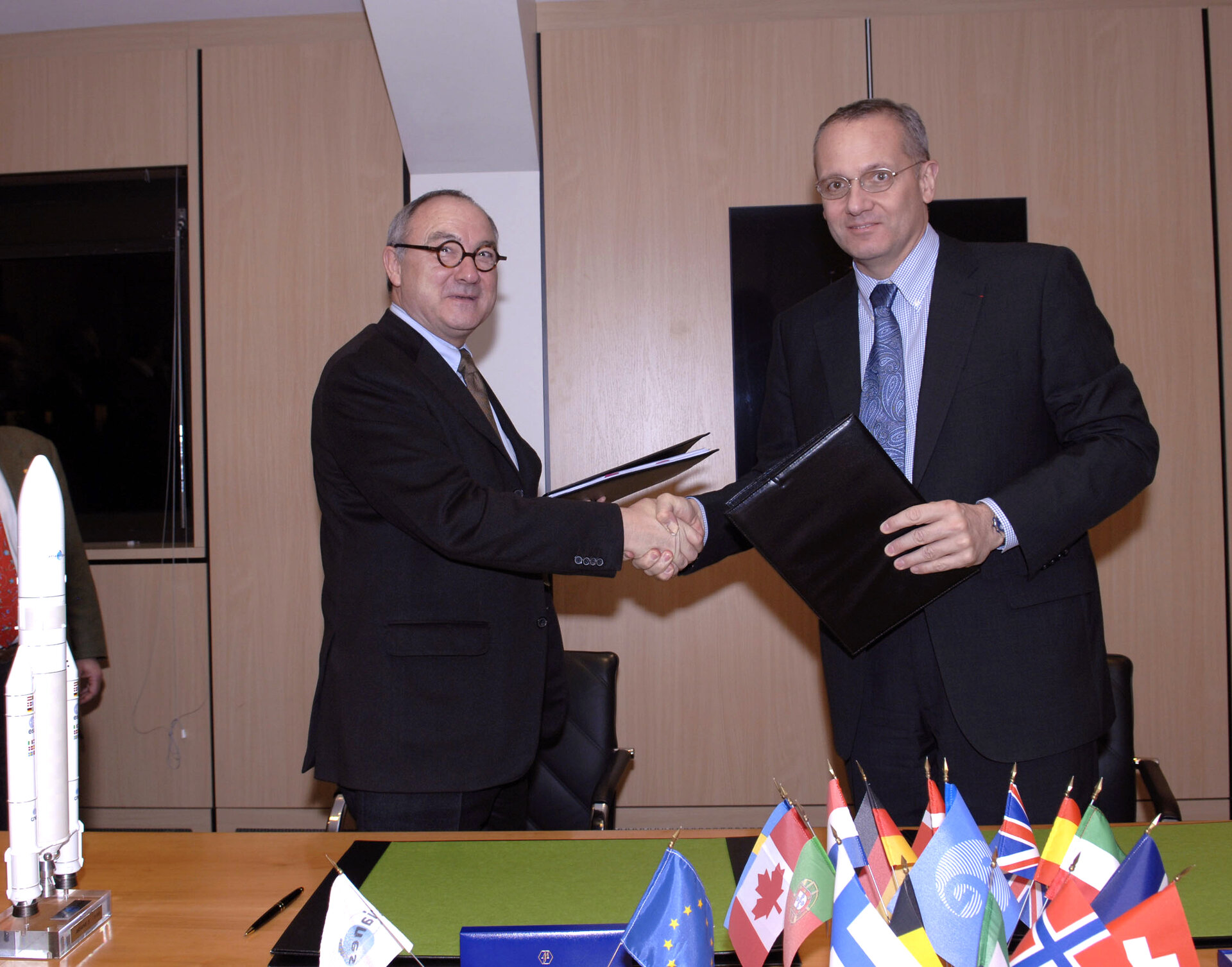 The European Space Agency and the French company Arianespace signed a contract yesterday for the provision of an Ariane 5 ECA launcher for the Herschel and Planck spacecraft.

Herschel will study the birth of galaxies and stars and Planck the very early history of the Universe.

The Ariane 5 ECA, an upgraded version of the previous Ariane 5 G (‘generic’) launcher, successfully completed its qualification after its demonstration flight on 12 February and a commercial launch on 16 November this year.

Herschel and Planck will be launched on the so-called ‘long-fairing’ version of Ariane 5 ECA to accommodate the two spacecraft, which are 7.5 metres and 4.2 metres high, respectively, with a total launch mass of 5.3 tons.

The launcher will deliver both spacecraft on the transfer orbit towards their final observation site – an orbit around the second Lagrangian point (L2) situated at 1.5 million kilometres from Earth away from the Sun.

Ariane 5 ECA, featuring an enhanced thrust and control capability, is perfectly suited to carry heavy loads like the Herschel and Planck couple into this particular and highly energy-demanding trajectory to destination.

The Herschel and Planck launch is currently scheduled for launch in late 2007/early 2008.