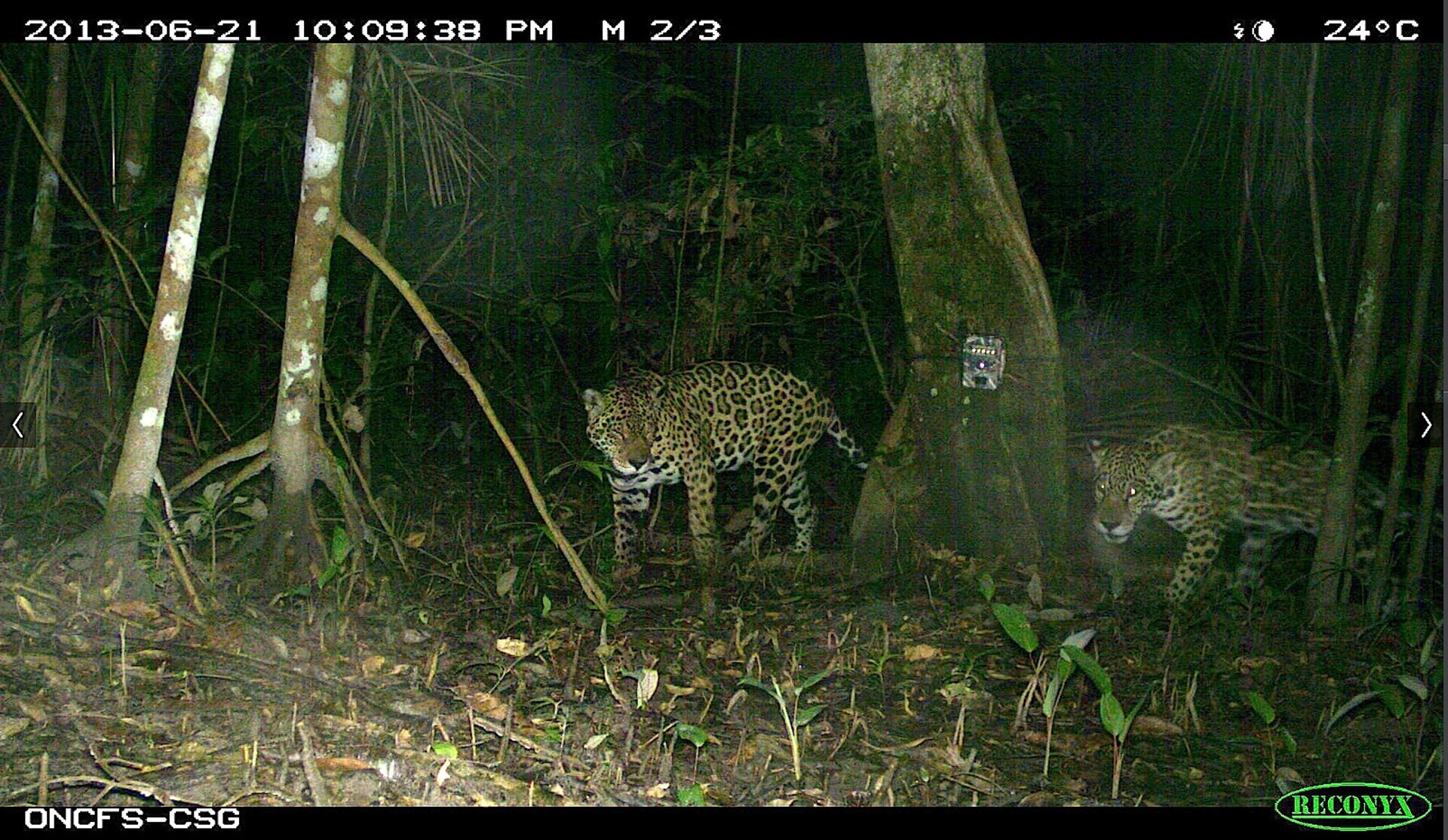 Europe’s Spaceport covers 700 sq km in the northeast of South America in French Guiana and as a restricted area offers protection to a rare biodiversity of wildlife.

When ESA came into being in 1975, the French Government offered to share its Centre Spatial Guyanais (CSG). Since then, ESA has continued to fund two thirds of the spaceport’s annual budget.

Access to the territory is regulated, while guns and the removal of species are prohibited. It is therefore one of the largest natural protected areas on the Guiana coast.

CNES and France’s ONCFS hunting and wildlife commission have signed a research collaboration to study the wildlife at CSG over the next three years. This is a unique opportunity because the area is relatively unspoiled by human activities.

To conduct an inventory of wildlife, 148 cameras have been set up to trigger automatically by heat or movement, especially if large mammals such as red deer, tapir and jaguar pass by.

The photos are being used to make an inventory of mammals in the area and, for animals with distinctive markings, it is possible to track their movements.

In just three months, nearly 80 000 images have been collected, with more than 27 species identified. This will be followed by field-based studies.

CNES provides logistics and financial contributions, while ONCFS brings its scientific and technical expertise as part of its mission to help preserve the biodiversity of overseas territories.