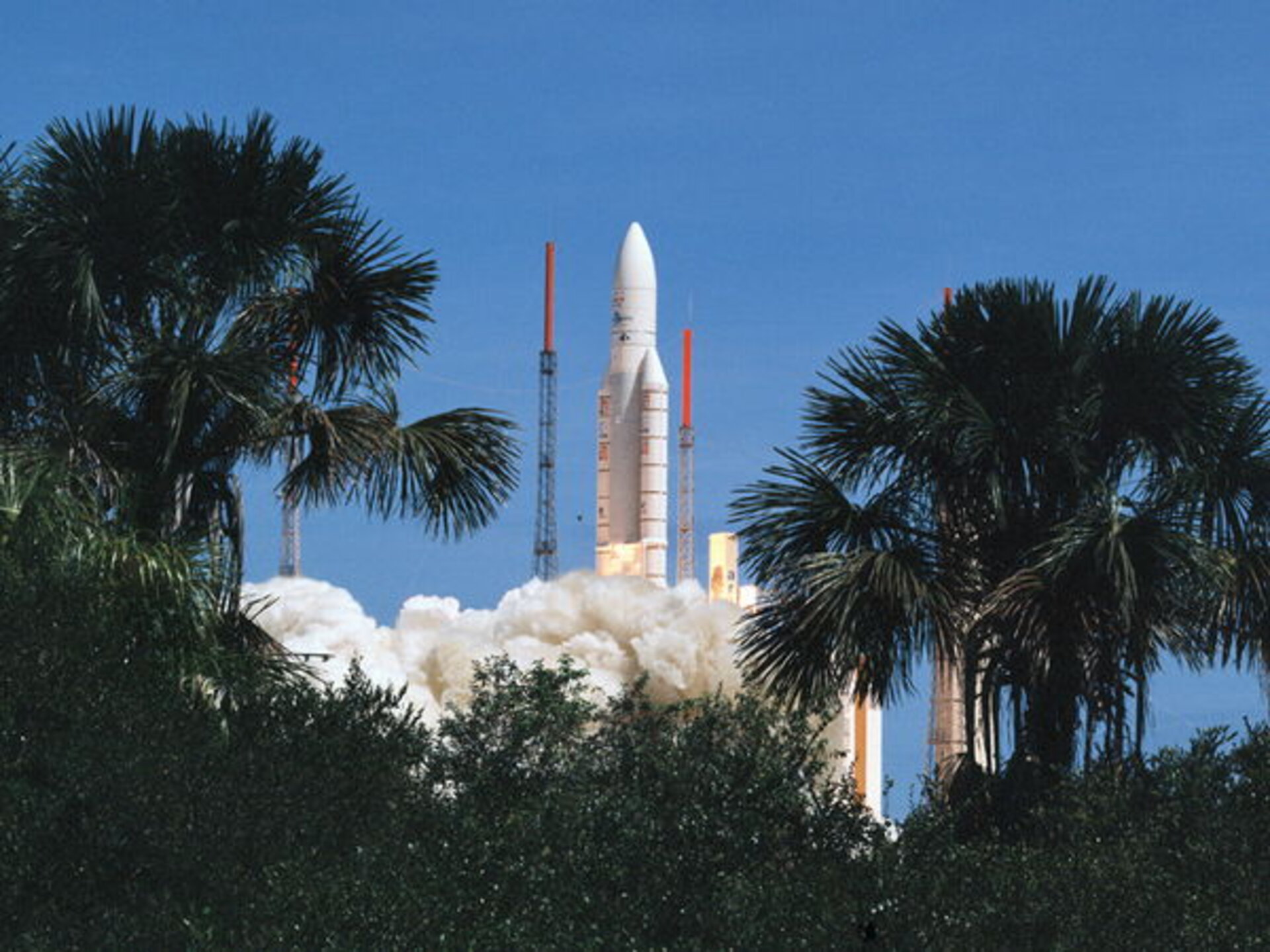 Yesterday, an Ariane 5 GS launcher lifted off from Europe’s Spaceport in French Guiana on a journey to place the French military reconnaissance satellite into Sun-synchronous polar orbit. Flight V193 was the seventh Ariane 5 launch of 2009 and used the last of the GS version of the launcher.

Liftoff of the 49th Ariane 5 mission took place at 17:26 CET/Paris (16:26 UTC; 13:26 French Guiana). The satellite was accurately injected into its target orbit about 59 minutes later. The payload mass for this launch was 5954 kg; the satellite mass was 4200 kg, with payload adapters and dispensers making up the additional 1754 kg.

The solid boosters were jettisoned 2 min 22 sec after main engine ignition, and the fairing protecting the payload during the climb through Earth’s atmosphere was discarded at 3 min 10 sec. The launcher’s main engine was shut down at 9 min 32 sec; six seconds later, the main cryogenic stage separated from the upper stage and its payload.

Seven seconds after main stage separation, the engine of the storable-propellant upper stage was ignited to continue the journey. The engine was shut down at 26 min 15 sec into the flight.

An attempt to launch flight V193 on 9 December was aborted due to an anomaly being detected in the helium system of the main stage, which necessitated a roll-back to the Final Assembly Building for investigation and repair.

The Ariane 5 GS version uses the Vulcain 1 engine on its main stage, which has been replaced by Vulcain 2 on the two remaining versions of Ariane 5, ECA and ES. These two variants share a common lower composite consisting of the cryogenic main stage and the two solid rocket boosters. The Ariane 5 ES uses a re-ignitable storable propellant upper stage whereas the Ariane 5 ECA is equipped with a cryogenic upper stage.