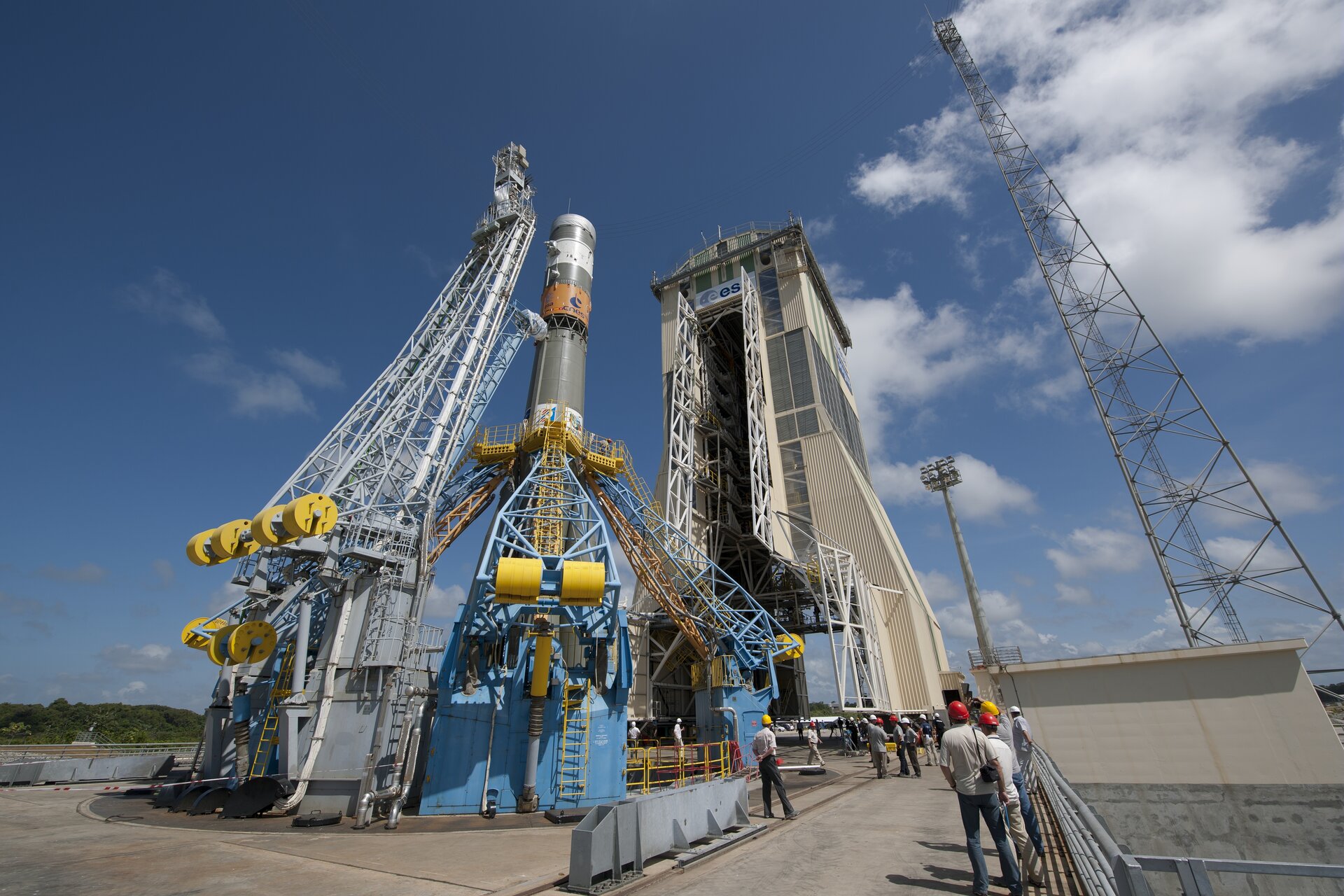 The final countdown before its maiden flight later this year has begun for Soyuz with a simulated launch campaign at Europe’s Spaceport in French Guiana.

This dry run ensures that the Soyuz and the new facilities work together perfectly, while allowing the teams to train under realistic launch conditions. It also validates all the procedures during the final phase before launch, except the fuelling of the vehicle.

Last Friday, one of the two Soyuz launchers already at the Spaceport was rolled out of the preparation building horizontally using the 600 m-long railway leading to the launch platform.

The vehicle was then erected into the vertical position and suspended over the pad with the use of four support arms.

The mobile gantry, built specifically for Soyuz operations in French Guiana, was rolled out to the pad and the vehicle’s upper composite, comprising the Fregat upper stage and payload fairing, was hoisted on top of the launcher.

The rehearsal is simulating the five-day final phase before launch, planned on 4 May. The final countdown will be performed, including the gantry’s rollback to its parked position, 80 m from the pad. It will be intentionally stopped to validate the procedures in the event of a launch interruption.

The countdown will resume on 5 May with a simulated liftoff and flight downrange.

These tests will give the green light for the first Soyuz flight from French Guiana in the third quarter of 2011.

The dry run in pictures is available here.