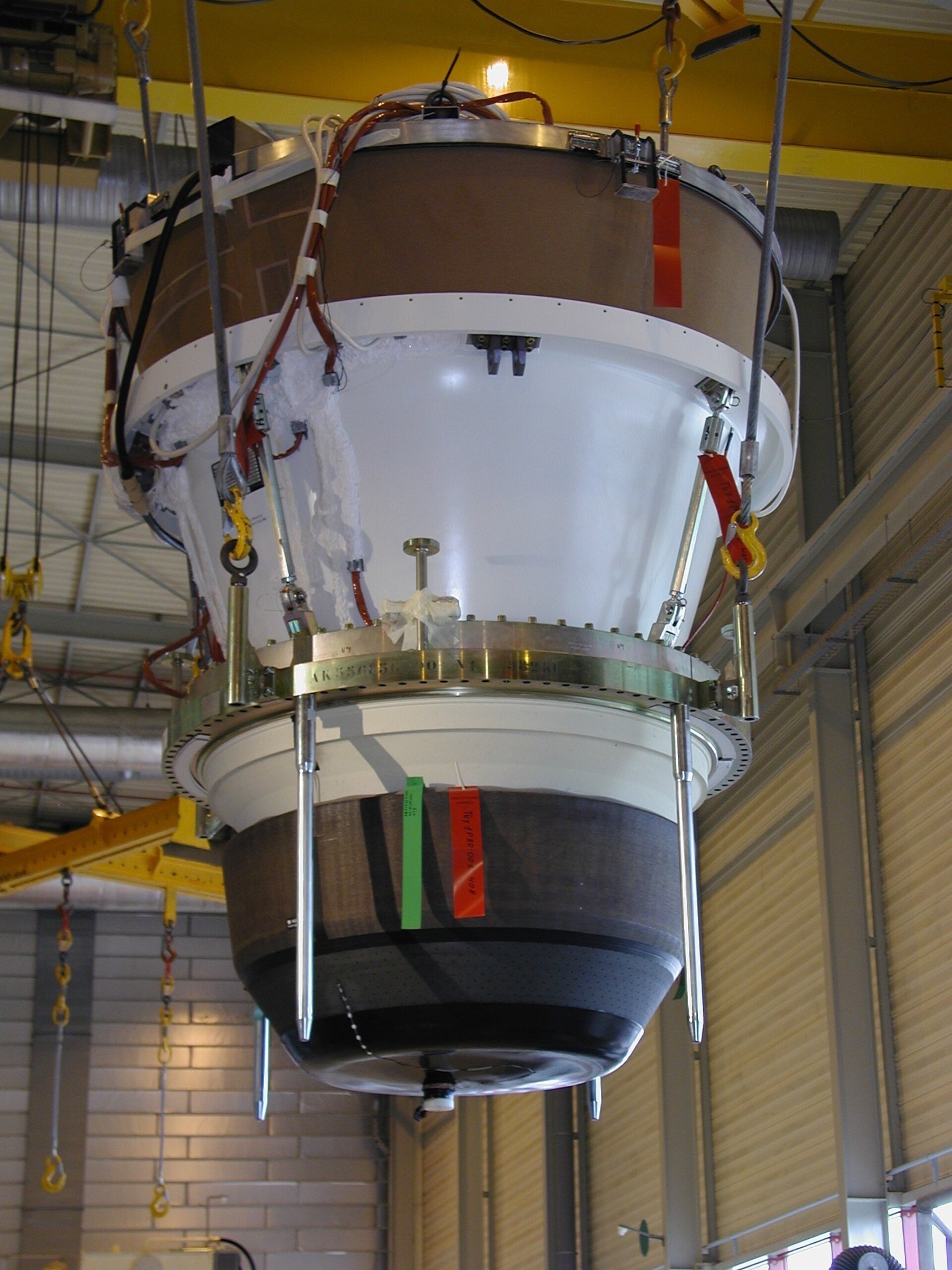 On 14 September 2006 a ceremony took place at the facilities of Snecma Propulsion Solide (SPS) in Bordeaux, France, to mark the occasion of the delivery of the first nozzle for the P80 solid rocket motor. The P80 is the first stage of the Vega small launcher.

The P80 nozzle delivery is a key milestone for the Vega programme. It is the result of several years of intensive development activities, during which Snecma Propulsion Solide performed the detailed definition of the various components of the nozzle, and validated new manufacturing processes. They achieved a major step forward in this area of technology aimed at reducing costs. This is a major event for Vega but it is also a precursor to future updates in the design of Ariane 5 boosters.

Once arrived in Kourou, the completed nozzle will be integrated with the P80 solid rocket motor, under preparation, for the first firing test planned for end November 2006.