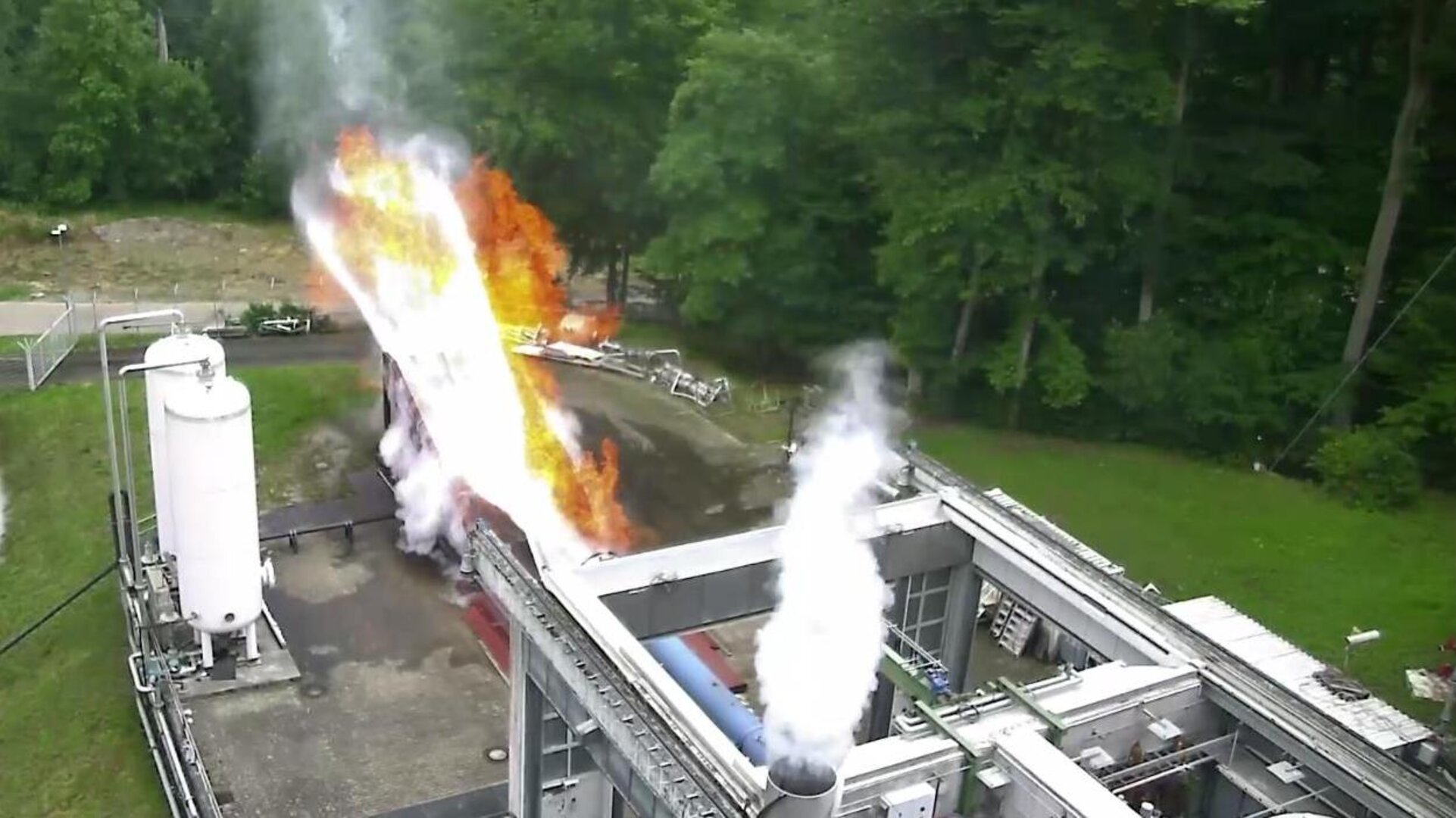 By the end of the year, the Expander-cycle Technology Integrated Demonstrator, or ETID, based at the DLR German Aerospace Center test facility in Lampoldshausen, will be ignited 20 times with each firing lasting up to 120 seconds on a test stand that provides a near-vacuum environment similar to space.

“This first test was important for us to confirm the startup of this innovative expander-cycle engine design,” commented ESA’s lead engineer Kate Underhill, “where the liquid hydrogen propellant is ‘expanded’ through cooling channels in the hardware before combustion. Going from liquid hydrogen temperatures to full combustion in just over a second means timing is everything!”

Engineers will use the results from the test campaign to determine the hardware characteristics, including a precise thrust measurement to determine its “specific impulse” – indicating the exact performance of the engine design.

Following four rounds of tests the configuration will be changed for further tests with different igniters and different hardware designs and materials. The aim is to bring them all to a technology readiness high enough to transfer them at minimum cost and risk to any subsequent development project for flight.

The results will validate the engine concept and analysis tools used, as well as identifying opportunities for even lighter designs.

ETID is a precursor of the next generation of 10-tonne rocket engines. Its results also have relevance for the in-development Vinci engine, which powers the upper stage of Ariane 6.

Results from the project should pave the way towards a lightweight, high-performing rocket stage, while also indicating methods of substantially reducing its serial production cost, honing its market competitiveness.

Led by ArianeGroup in Germany, the ETID project is part of ESA’s Future Launchers Preparatory Programme.