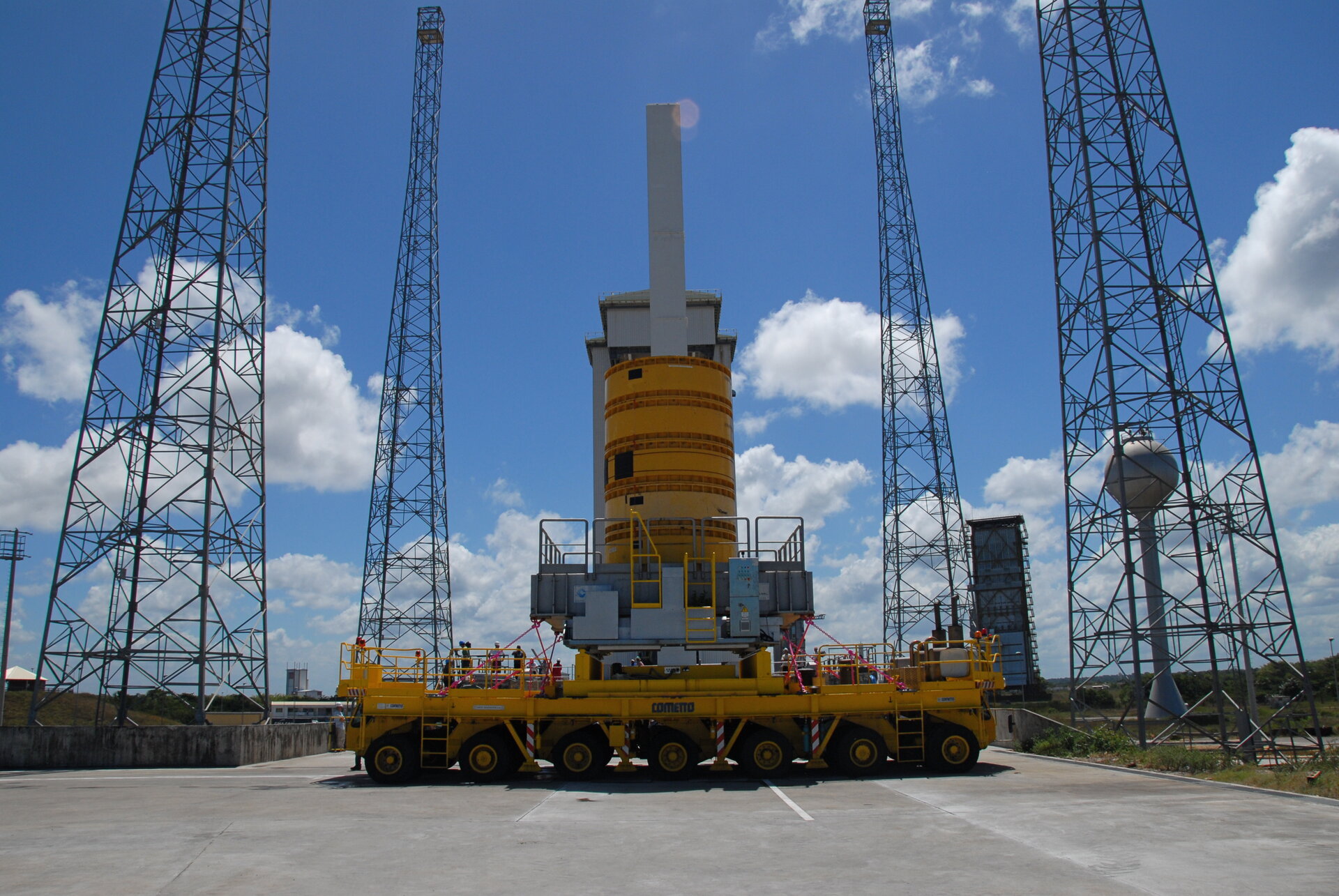 Earlier this month, a number of Vega launch pad mechanical components were tested to verify their ability to transfer the launch vehicle’s first stage from a specialised transport vehicle, known as the ‘Fardier’, to the launch table.

The tests involved several elements under the P80 first stage solid rocket motor: the dolly interface, the upper and lower pallets, and the launch table.

The first-stage mass was simulated by five metal-and-concrete dummy loads, each weighing 20 tonnes. All the elements were integrated on the top of the Fardier in the Regulus propellant-loading plant operated by Avio Group (Italy). The Fardier, now carrying more than 150 tonnes, then travelled from Regulus to the Vega launch zone.

An important step towards the launch campaign

Mauro Cardone, Manager of the Vega Ground Segment within the Integrated Project Team (IPT), said: “The transfer of the pallet plus the first stage dummy onto the launch pad table is the initial step in the validation of first stage integration during flight campaign activities.”

Michel Debraine, representative of the Vega IPT at the Guiana Space Centre, highlighted it as “an important step towards the launch campaign”.

The dolly interface, the upper pallet and the lower pallet are the responsibility of Rheinmetall (Italy), mechanical subcontractor to the Vega Ground Segment Prime Contractor, Vitrociset (Italy).

Vega is a single-body launcher composed of three solid-propellant stages and a liquid-propellant upper module. It is approximately 30 m tall and weighs a total of 137 tonnes at liftoff. The reference mission for Vega’s launch capacity is to carry a 1500 kg payload into a polar orbit with an altitude of 700 km, but Vega will be able to launch a wide range of scientific and Earth-observation missions.