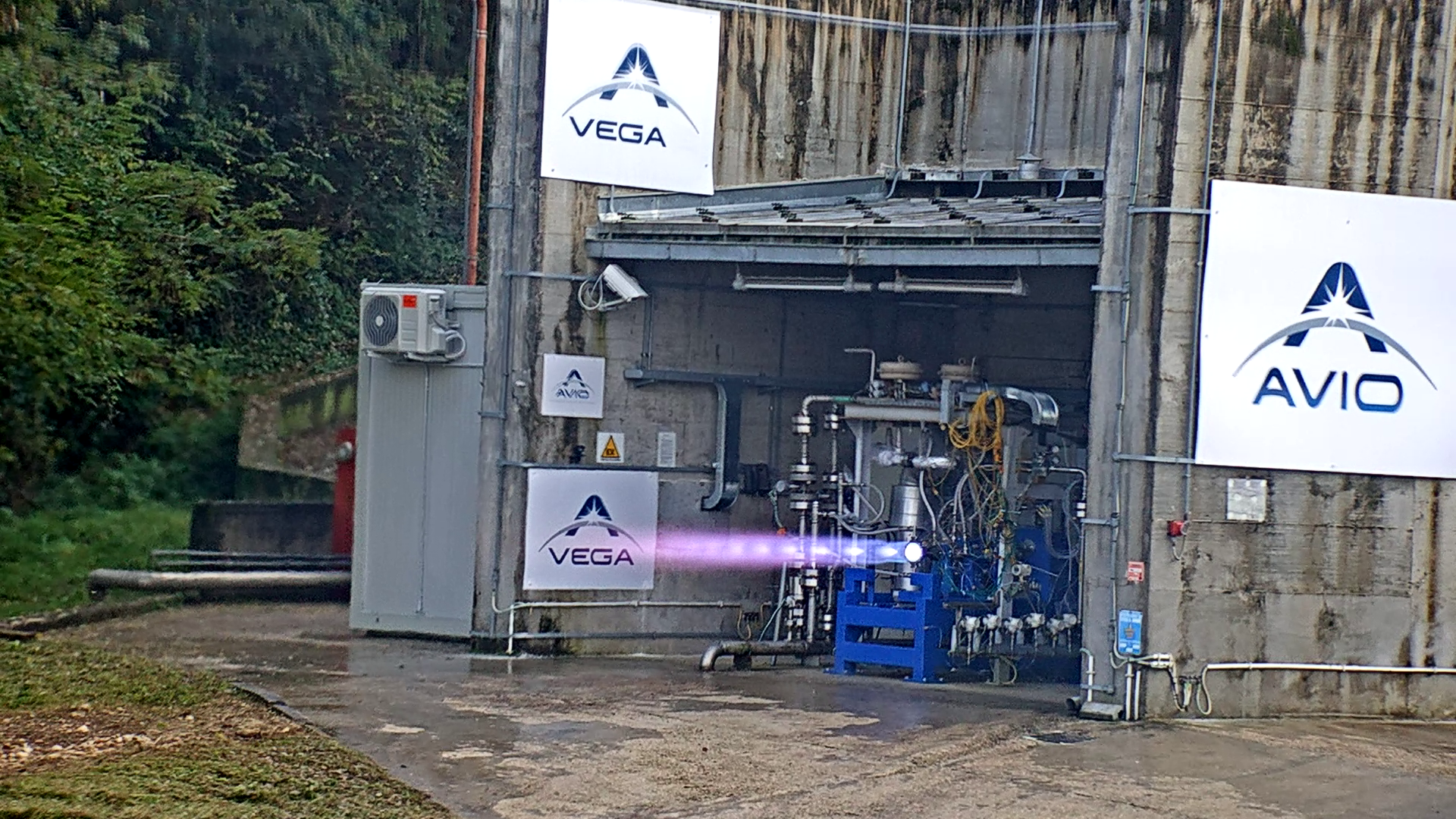 The first element of Europe’s future evolution of the Vega launch vehicle for use beyond 2025 was successfully tested this week at Avio in Colleferro, Italy.

This hot firing proves a 3D-printed subscale thrust chamber that is fed by liquid oxygen–methane propellants. 3D-printing builds a solid object from a series of layers, each one printed on top of the last – also known as additive layer manufacturing. It speeds up the production rate, reduces the number of parts and hence the recurring costs.

The evolution of Vega into a family of configurations based on common building blocks and new manufacturing technologies is set to increase flexibility and reduce launch service cost.

The main element of this evolution is a new European cryogenic upper stage powered by a 10 t-class liquid oxygen–methane expander cycle engine, the M10, specifically designed for Vega, reducing its operational cost.

Liquid oxygen–methane offers major advantages in terms of propellant storage during long ballistic phases required to reach orbit, it increases performance and reduces launch service costs too, as these propellants are non-toxic and safe to handle.

The M10 Vega engine can be restarted and the thrust profile can be throttled to match mission requirements, opening up more launch opportunities.

Subsequent tests are planned in May next year with full-scale thrust chamber assembly tests, and the first tests of the M10 development model by the end of 2019.

“Congratulations to all the team,” added Stefano Bianchi, Head of the Space Transportation developments at ESA, “Vega is a robust and reliable launcher today, it will increase its performance next year with Vega-C and shall be even more flexible and cost effective with this new engine. Never stop improving!”