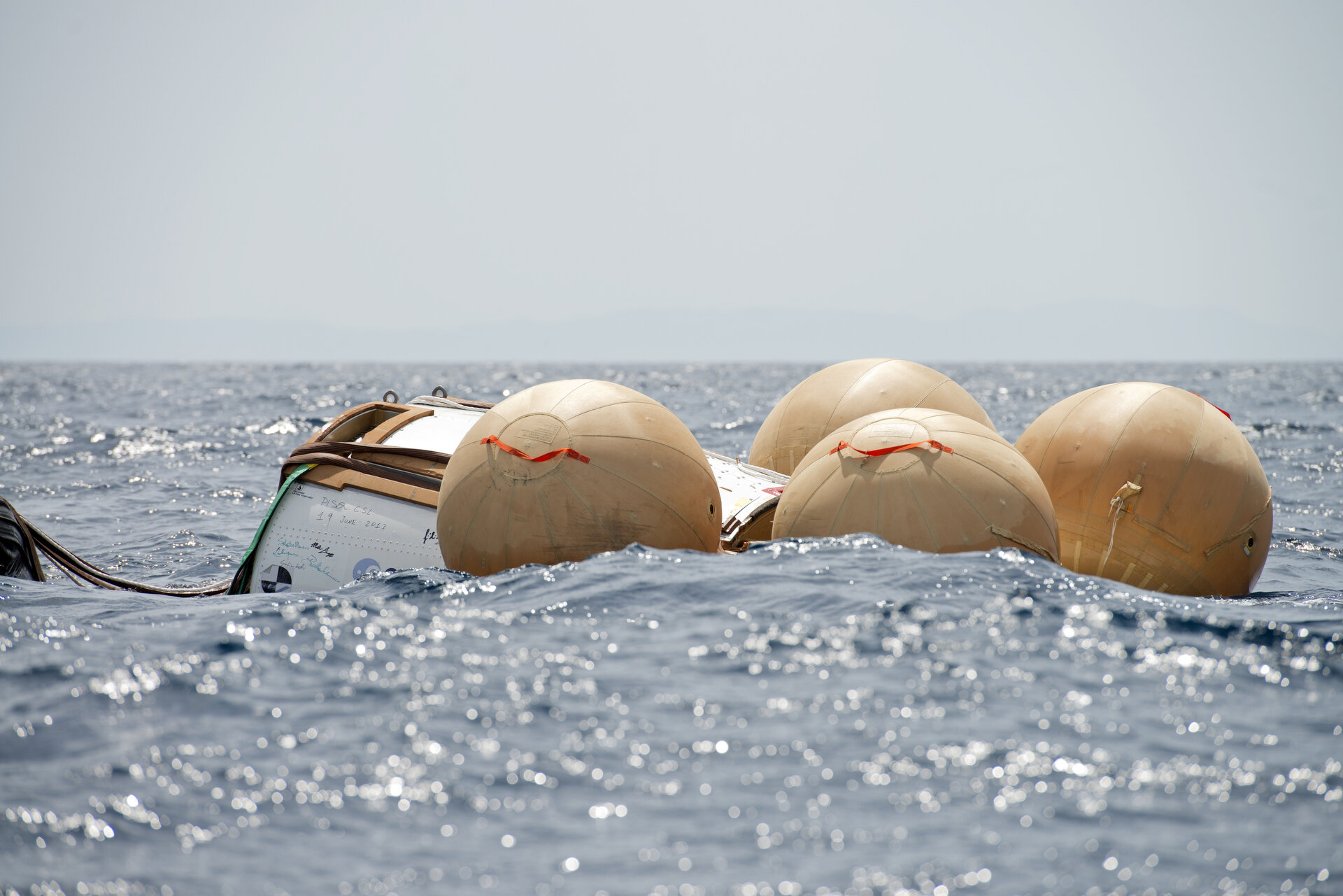 Yesterday, the ship and crew aiming to recover Europe’s unmanned IXV spacecraft in November had a practice run off the coast of Tuscany, Italy.

They retrieved a prototype of the suborbital IXV Intermediate eXperimental Vehicle, the same model flown last year in a splashdown test off the east coast of Sardinia.

A crane dropped the two-tonne vehicle into the water for the crew to practise the tricky manoeuvres they will use when the real thing splashes down in the Pacific Ocean later this year. The rehearsal even allowed for an upside-down splashdown.

A crew from the Italian company NERI were operating the recovery ship Nos Aries while the prototype was carefully hoisted aboard and into its container. This model, its work done, will now be taken to ESA’s Technical Centre in the Netherlands for display.

Descending on its suborbital path, as if returning from low orbit, IXV will use its body to generate lift for flying, controlled only by aerodynamic flaps and thrusters.

It is packed with new technology to collect information on aerodynamics, aerothermodynamics, materials, structures, mechanisms, guidance, navigation, control and avionics.

The experimental flight will end with IXV transmitting its precious information before splashing down into the most remote region of the Pacific, where Nos Aries will be waiting to retrieve it.

Setting off in mid-summer, Nos Aries will leave Italy to cross the Mediterranean Sea and the Atlantic. The specialist crew will board in Panama for the month-long journey through the Panama Canal and Pacific.

Before launch, the ship will release weather balloons to check the wind conditions over the Pacific to provide information on IXV’s descent path.

If sea conditions allow the launch to go ahead, Nos Aries will receive the flight data from IXV’s 300 sensors during descent and then pick up the beacon signals to pinpoint the craft after splashdown.

Divers on speedboats will approach the floating craft and then stand back as robotic sniffers check for residual propellant fumes. On the all-clear, the recovery cranes will carefully lift IXV to safety before the fuel tank is cleaned out for the journey home to Europe.