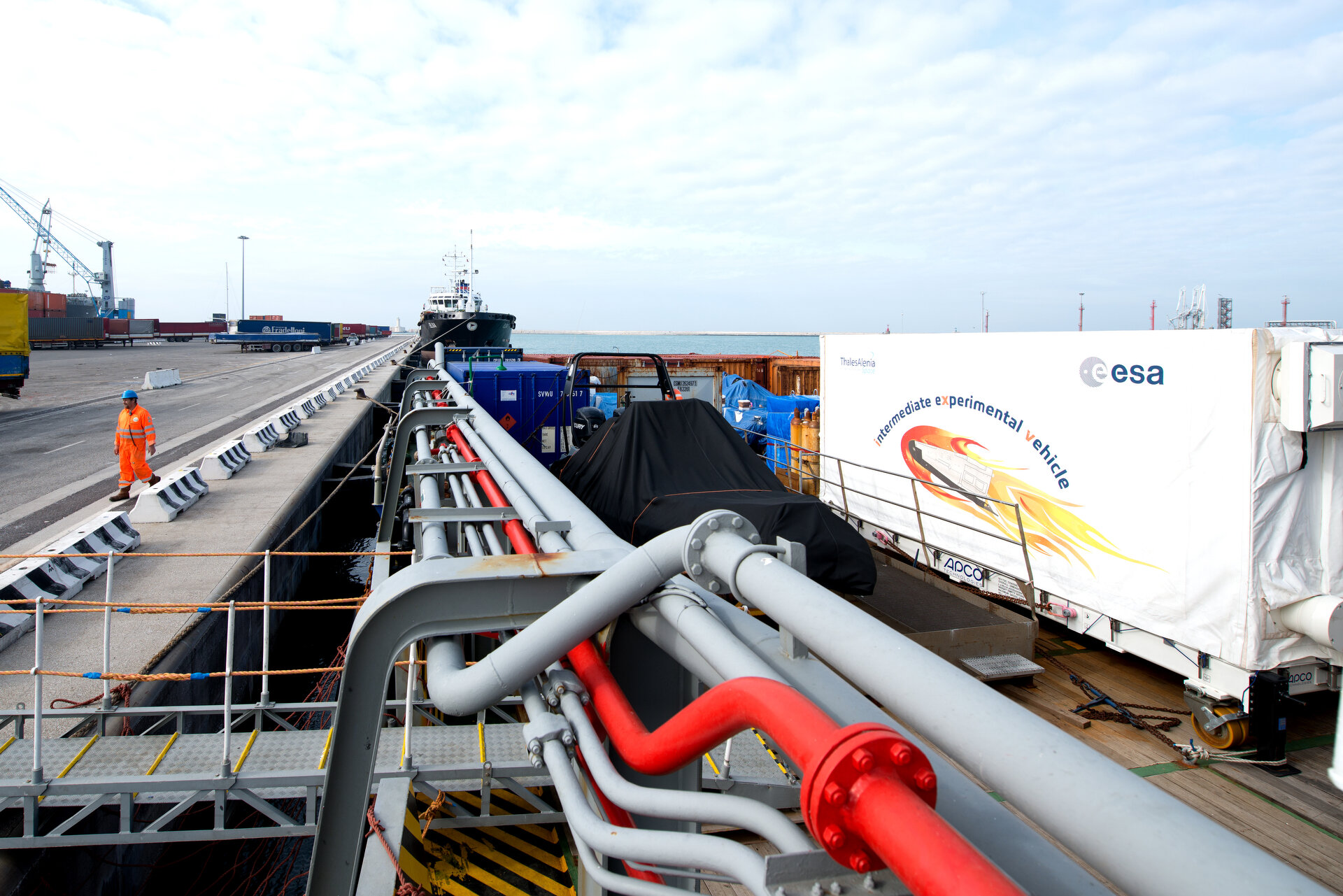 ESA’s recovered IXV spaceplane arrived at the Port of Livorno in Italy yesterday and is set to be taken to Turin for final analysis.

Hardware will be removed for engineers to evaluate the reusability of components and the effects of heat, pressure and shock during the mission.

The Intermediate eXperimental Vehicle, IXV, was launched on a Vega rocket from Europe’s Spaceport in French Guiana on 11 February. Released into a suborbital trajectory, it flew autonomously, reentering and splashing down in the Pacific Ocean after 100 minutes.

IXV’s reentry from orbital speed and altitude is an important first for Europe and will drive the development of future reentry vehicles.

The results from the mission are offering new insights into the harsh conditions of reentry and the performance of the craft’s new features.

IXV is ESA’s first reentry testbed since the Atmospheric Reentry Demonstrator capsule in 1998, and added many new features. These included the spacecraft lifting capability for precision landing, flaps and thrusters for a fully controlled reentry, ceramic carbon-matrix composite heatshielding and more than 300 sensors and infrared cameras.

The vehicle responded to conditions so precisely and promptly that mission controllers commented that it was like watching a simulation.

“We have gathered all the flight data and we are finding some very interesting readings,” notes project manager, Giorgio Tumino.

As well as contributing to future reentry missions, IXV results could lead to reusability of rocket stages and cheaper access to space.

The general public will have the opportunity to see IXV displayed at various events around Europe this year. Its final destination will be ESA’s ESTEC technology centre in the Netherlands.

Companies and research organisations involved in the craft’s design and construction will have access to mission data. After this, ESA intends to release data to other organisations from Member States in the programme.

ESA is forging ahead with plans for a reusable spacecraft for launch around 2020: Pride, or Programme for Reusable In-orbit Demonstrator for Europe, to be lofted into low orbit by the next-generation small launcher, Vega C.