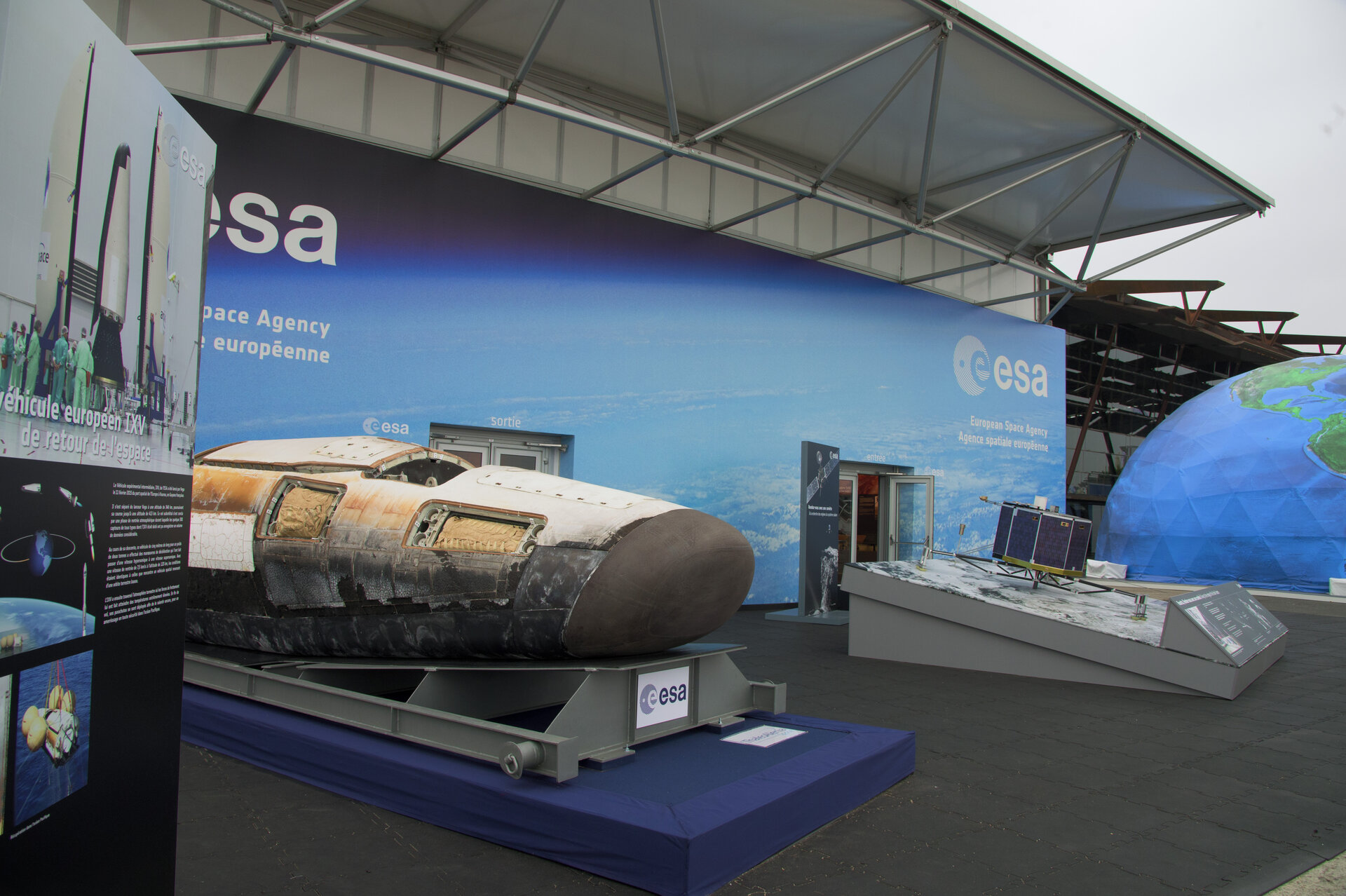 The spaceplane, being displayed this week at the Paris Air and Space Show, looks in remarkably good condition and shows only moderate damage from its blazing journey through the atmosphere.

All of the flight hardware and data were recovered: telemetry and onboard recordings are complete and consistent from the various sensors.

ESA project manager Giorgio Tumino discussed the first results in a briefing today at the show: “Europe has solid expertise in getting to space and operating in space, and now also in returning from space. IXV is helping to fill the gaps in our knowledge.”

IXV was launched on a remarkable 100-minute journey on 11 February. Its flawless suborbital flight of some 25 000 km, including 8000 km in a searing atmospheric descent and safe splashdown at the targeted spot in the Pacific Ocean, tested critical reentry technologies.

IXV results have confirmed many assumptions but also produced new findings. External temperatures were lower than predicted, fuel consumption was higher than expected but compensated for by better aerodynamic performance, and the shorter blackout time during reentry allowed better communications.

The infrared camera at the back of the vehicle monitoring the flap temperatures recorded unprecedented data throughout the reentry to splashdown. Engineers are also evaluating the reusability of all the craft’s components.

IXV results will help the Programme for Reusable In-orbit Demonstrator for Europe – Pride – take the next step with limited risk and financial effort for Europe.

Now that the results from IXV’s flight are becoming available, Pride’s mission and system definition is ready to begin, along with early readiness of critical technologies. Those results will be submitted for approval at ESA’s next Council Meeting at Ministerial level in 2016.

With a payload capacity of 300 kg, Pride will serve as an orbital platform to test technologies for multiple applications. These include not only future European space transportation, such as future reusable launcher stages, but also Earth observation and science, robotic exploration, servicing of orbital infrastructures, and microgravity experiments.

Pride will focus on verifying system and technology performance under all flight conditions: hypersonic, supersonic, transonic and subsonic.