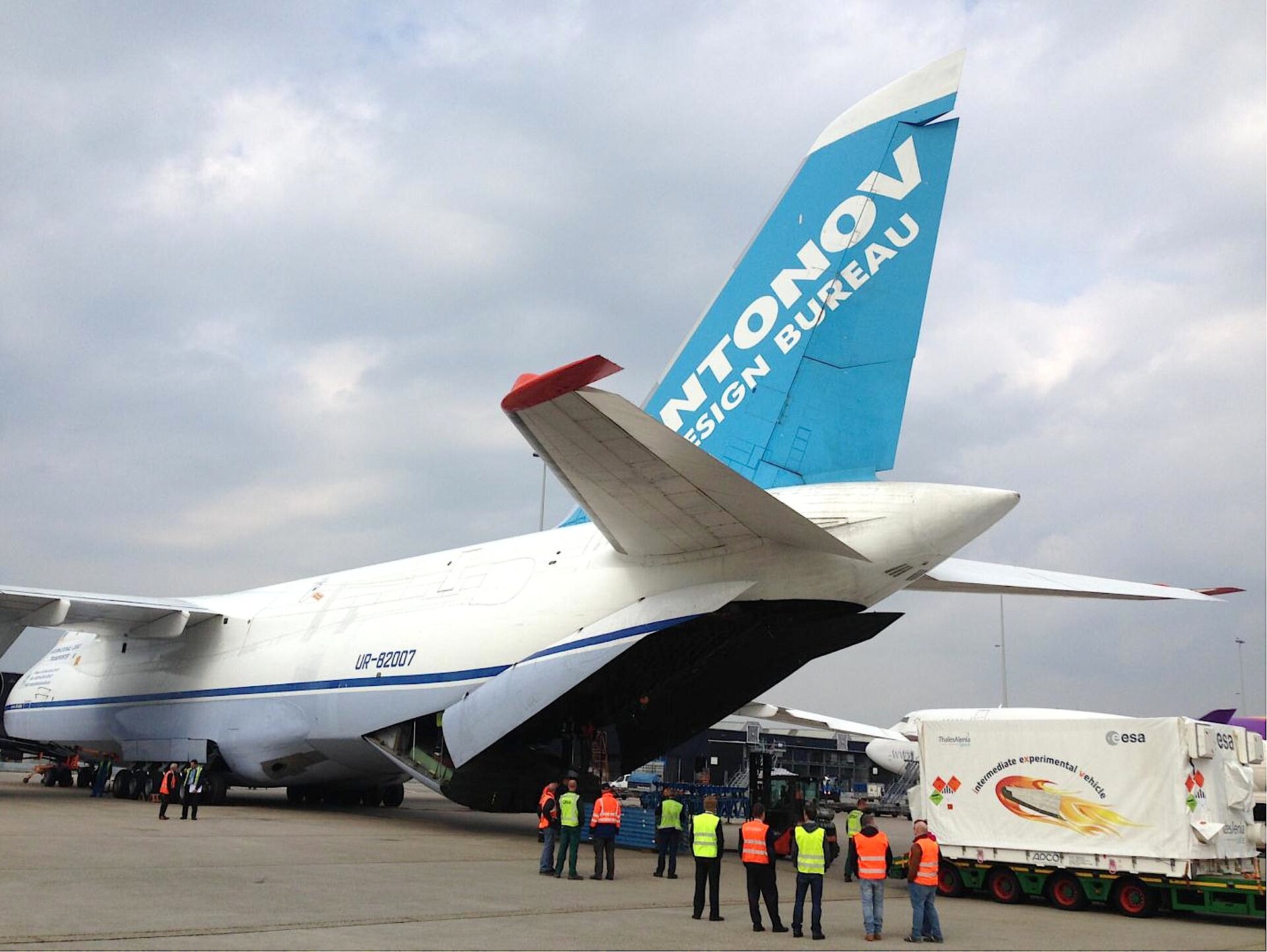 The Intermediate eXperimental Vehicle is ready to fly and left the Netherlands today for the launch site in French Guiana.

In preparation for its arrival, the first stage of the Vega rocket that will loft IXV has already been moved to the launch pad. This marks the beginning of the campaign for Vega’s fourth flight, planned for mid-November.

Once Vega is fully assembled, IXV will be placed inside the protective fairing.

The spaceplane will reach an altitude of around 420 km before starting its descent. Using its sleek aerodynamic shape, thrusters and two tail flaps, it will return through the atmosphere as if from a low orbit.

The measurements collected by IXV during its hypersonic and supersonic flight to a splashdown in the Pacific Ocean will be invaluable for designing future reentry vehicles. This information is not attainable in the laboratory.

Extensive testing over July and August at ESA’s Technical Centre in Noordwijk shows that IXV can withstand the demanding conditions during ascent.

The craft was exposed to the noise and vibrations it will experience at liftoff and the shock of separation from Vega. Then, it had a thorough health check to make sure that the systems and structures were unaffected by the tests.

A series of mission simulations verified that the guidance, navigation and control system and all the functions managed by the onboard computer are working well. One simulation included the Mission Control Centre in Turin monitoring the telemetry.

Watch the engineers at work in the following three videos. IXV was tilted and turned along and around all three axes to verify its mass properties – which play an important role in its flying capability. For greater accuracy, it was done twice, at the beginning and the end of the campaign. 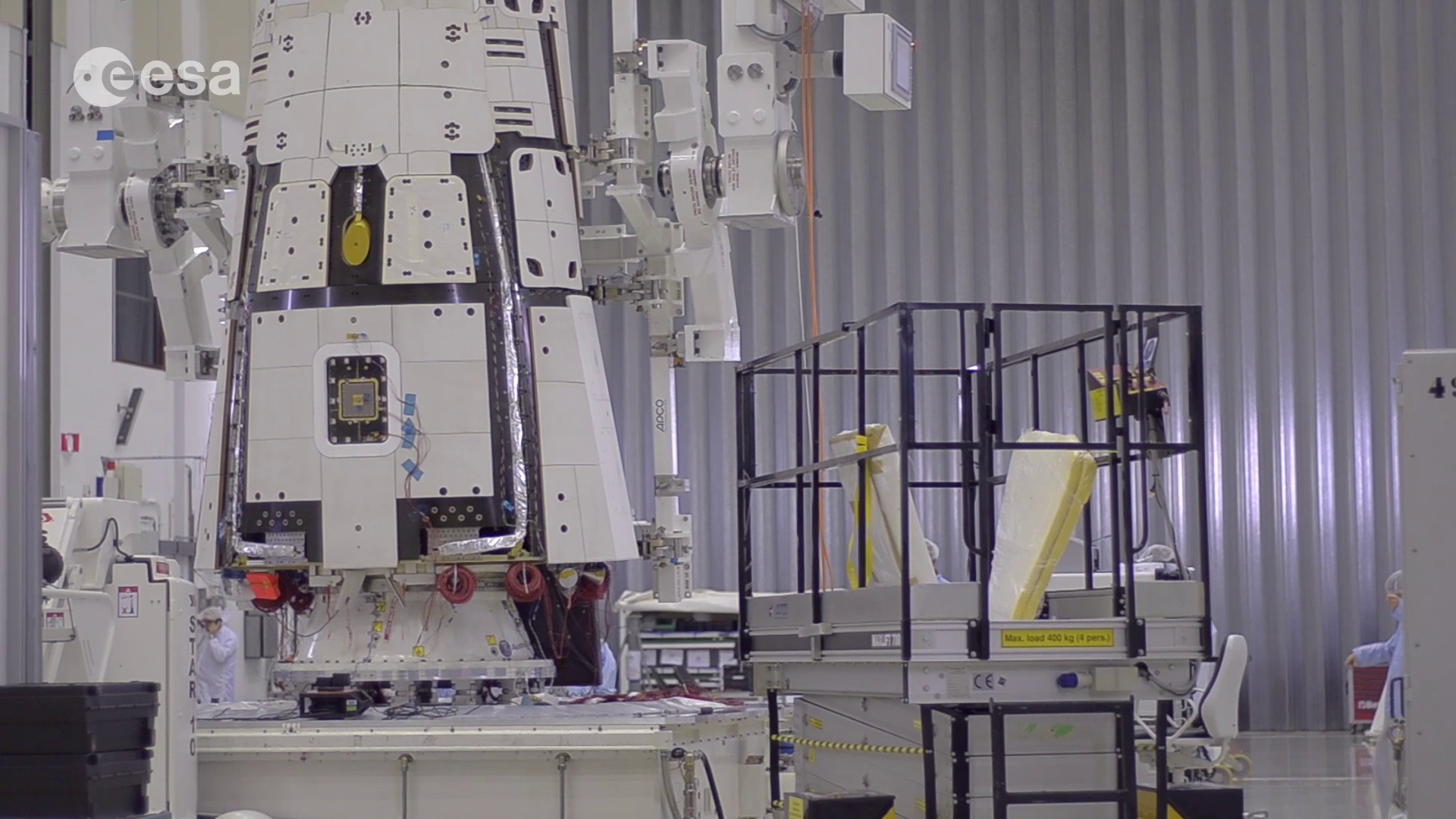 IXV must withstand the extreme vibrations during liftoff, so it was bolted to a ‘shaker table’ and shaken at different frequencies for various lengths of time to ensure its technical and structural integrity throughout the mission. IXV will experience the shock of separation from its rocket. At an altitude of 320 km, a pyrotechnic device will fire to open a clamp band for springs to push the spaceplane away from the upper stage. Mission planners must be sure that it can withstand the mechanical shock of the pyrotechnic detonation.

This will be Vega’s second demonstration flight, managed by ESA within the VERTA Vega Research and Technology Accompaniment programme to prove the vehicle's flexibility.