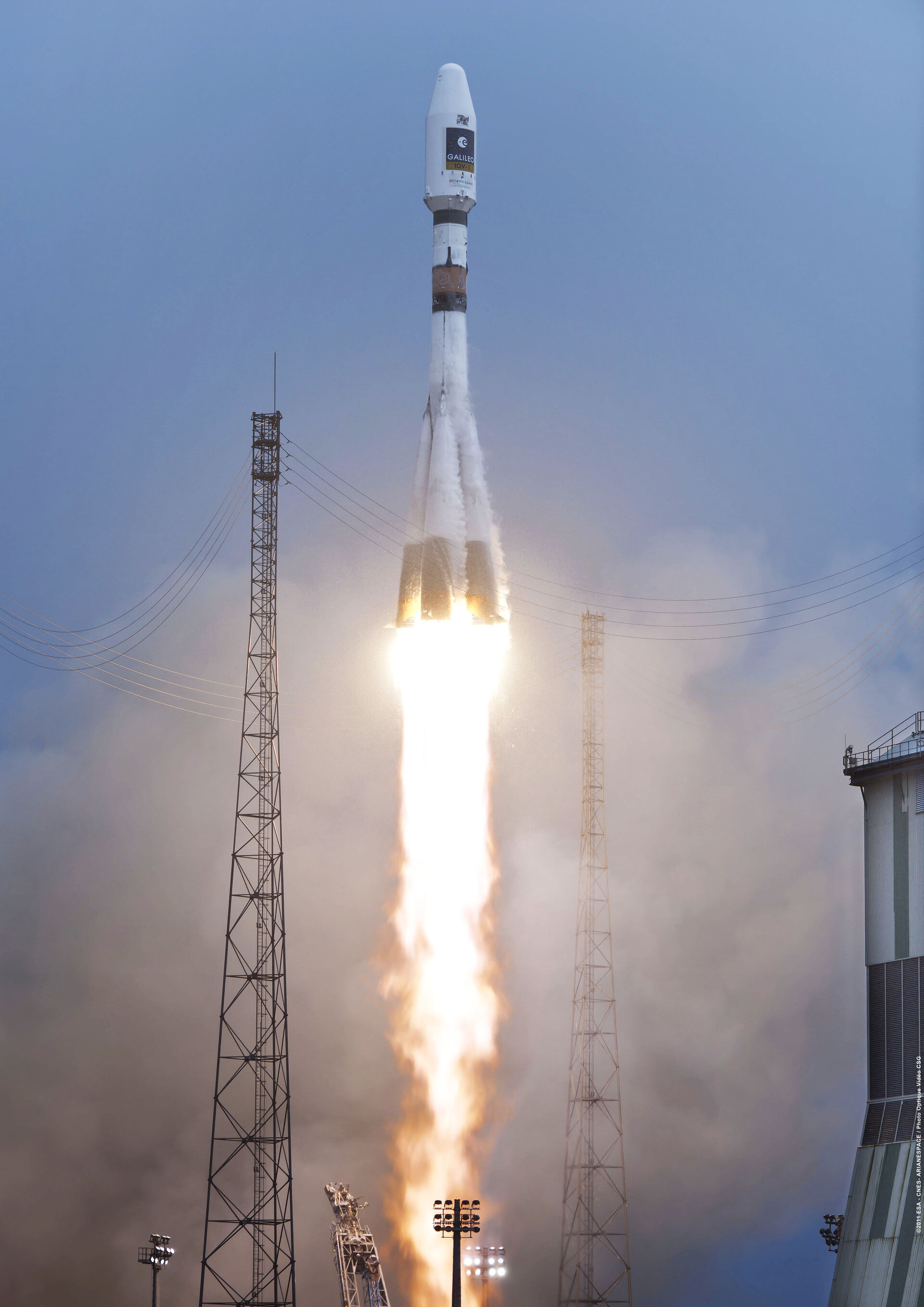 A Soyuz launcher took off from Europe’s Spaceport in French Guiana on 21 October 2011. This was a historic event because it was the first time that a Soyuz was launched from a spaceport other than Baikonur or Plesetsk. It also marked a milestone in the strategic cooperation between Europe and Russia on launchers.

The decision to develop the launch infrastructure to enable Soyuz to be launched from French Guiana was of mutual interest to both Europe and Russia, and benefited from funding from the European Community.

Soyuz is a medium-class launcher. Its performance perfectly complements that of the ESA launchers Ariane and Vega, and increases the competitiveness and flexibility of the exploitation of Ariane launchers in the commercial market.

The Soyuz launch vehicle that is used at Europe’s Spaceport is the version called This includes the Fregat upper stage and the ST fairing. is the most recent version of the renowned family of Russian launchers that began the space race more than 50 years ago by launching Sputnik, the first satellite placed in orbit, and then sending the first man into space.

has improved performance and is able to carry up to 3 tonnes into geostationary transfer orbit, compared to the 1.7 tonnes that can be launched from Baikonur, in Kazakhstan.

Geological and topographic surveys began at the site selected for Soyuz in 2003. The site, called ELS, is 13 km northwest of the Ariane launch site and consists of three main zones: the launch platform, the preparation area (MIK), where the three stages are assembled horizontally and checked, and the launch control centre.

The Soyuz rocket is the workhorse for Russian human space missions and has been used for that purpose longer than any other vehicle. In the 1960s it began carrying cosmonauts into space and then to the Soviet Salyut and Mir stations. Together with the US Space Shuttle, it ensures the transport of crews to and from the International Space Station.

To ensure that Soyuz will be able to carry out missions of this type from Europe’s Spaceport, the launch infrastructure has been designed so that it can be smoothly adapted for human spaceflight, should this be decided.