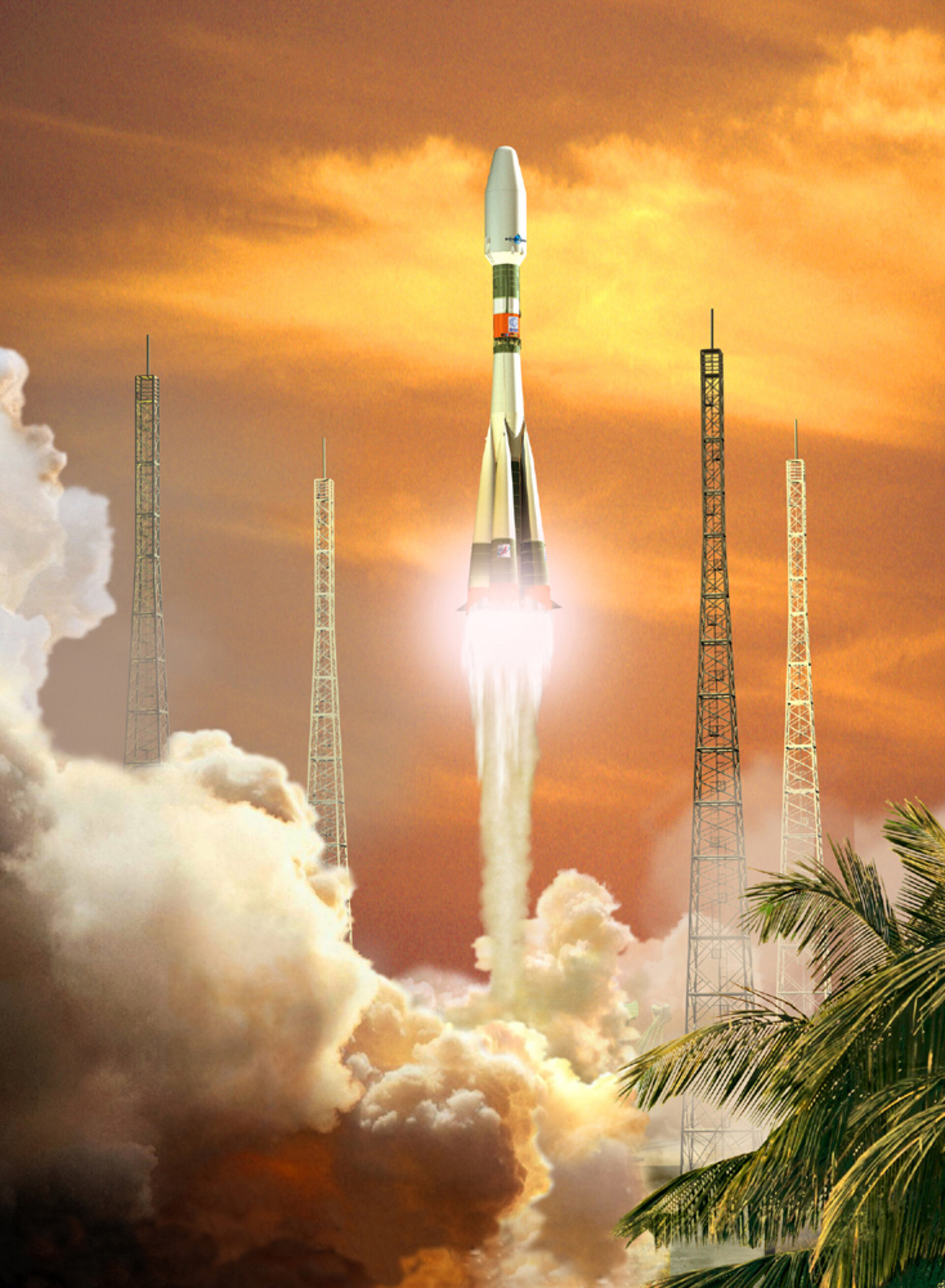 In the second half of 2008, a Soyuz launcher will take off from Europe’s Spaceport in French Guiana. This will be an historic event as it will be the first time that a Soyuz launcher lifts off from a spaceport other than Baikonur or Plesetsk. It will also be a milestone in the strategic cooperation that exists between Europe and Russia in the launcher's sector.

The decision to develop the launch infrastructure to enable Soyuz to be launched from French Guiana is of mutual interest to both Europe and Russia and benefits from funding from the European Community.

Soyuz is a medium-class launcher. Its performance will complement perfectly that of the ESA launchers Ariane and Vega, and enhance the competitiveness and flexibility of the exploitation of Ariane launchers on the commercial market.

The Soyuz launch vehicle that will be used at Europe's Spaceport is the Soyuz-2 version called Soyuz-ST. This includes the Fregat upper stage and the ST fairing. Soyuz-2 is the last version of the renowned family of Russian launchers that began the space race more than 40 years ago by launching Sputnik, the first satellite to be placed into orbit, and then sending the first man into space – Yuri Gagarin.

Soyuz-2 will have improved performance and be able to place up to 3 tonnes into geostationary transfer orbit, compared to the 1.7 tonnes that can be launched from Baikonur in Kazakhstan.

Geological and topographic surveys began at the site selected for Soyuz at Europe's Spaceport in 2003. The site, called ELS, is located 13 km northwest of the Ariane launch site and will consist of three main zones: the launch platform where the launcher will be erected for liftoff; the preparation area (MIK) where the three stages will be horizontally assembled and controlled; and the launch control centre.

Earthworks for the Soyuz infrastructure have now been completed and building will soon commence. The MIK is connected to the launch platform by a 700 metre railway which will be used to transport the launcher in a horizontal position. The launch control centre is located 1 km from the launch pad.

The Soyuz rocket is the workhorse of the Russian human spaceflight missions and has been used for that purpose longer than any other spacecraft. In the 1950s it began transporting cosmonauts into space and then to the Soviet stations Salyout and Mir. At present it is the only spacecraft available for the transport of crews to and from the International Space Station.

To ensure that Soyuz will still be able to carry out these missions from Europe’s Spaceport, the launch infrastructure has been designed so that it can be smoothly adapted for human spaceflight, should this be decided upon.