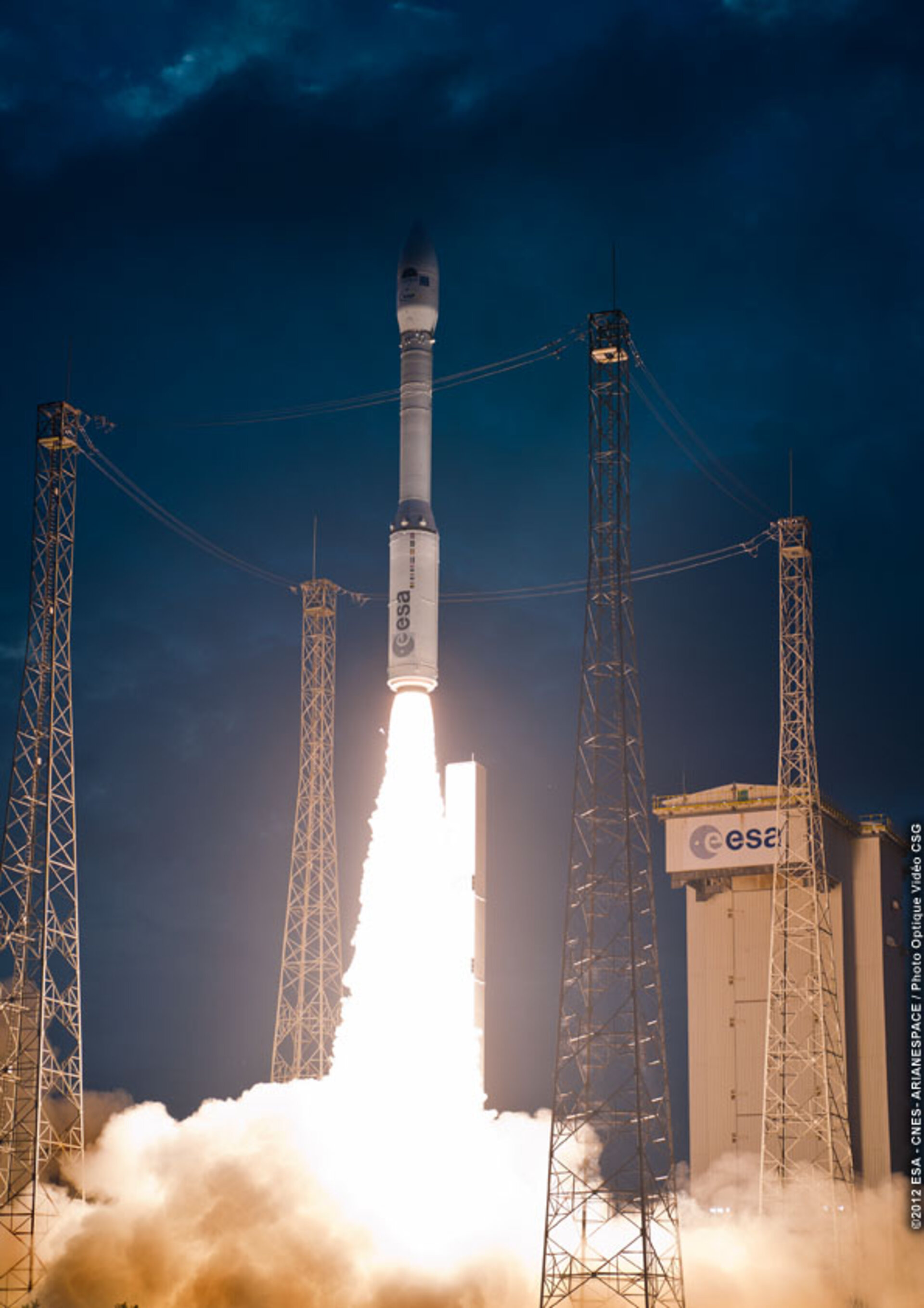 Vega's first launch, VV01, took off on 13 February 2012. It marked the end of nine years of development by ESA and its partners, Italian space agency ASI, French space agency CNES and industry.

The vehicle lifted off from the new Vega launch site at Europe’s Spaceport in Kourou, French Guiana, carrying nine satellites into orbit: the LARES laser relativity satellite and ALMASat-1 from ASI with seven CubeSats from European Universities.

Vega's AVUM fourth stage first reached a circular orbit at an altitude of 1450 km and an inclination of 70º above the equator to release LARES. It then manoeuvred to lower its perigee to 350 km before deploying the other satellites.

The mission aimed at qualifying the overall Vega system, including the vehicle, the ground infrastructure and operations from the launch campaign to the payload separation and disposal of the upper module.

During the VV01 mission, a large amount of data was collected on Vega’s performance, as well as the environment experienced by the payloads.

In the following weeks after launch, this information was analysed in depth to confirm the full qualification of the Vega launch system.