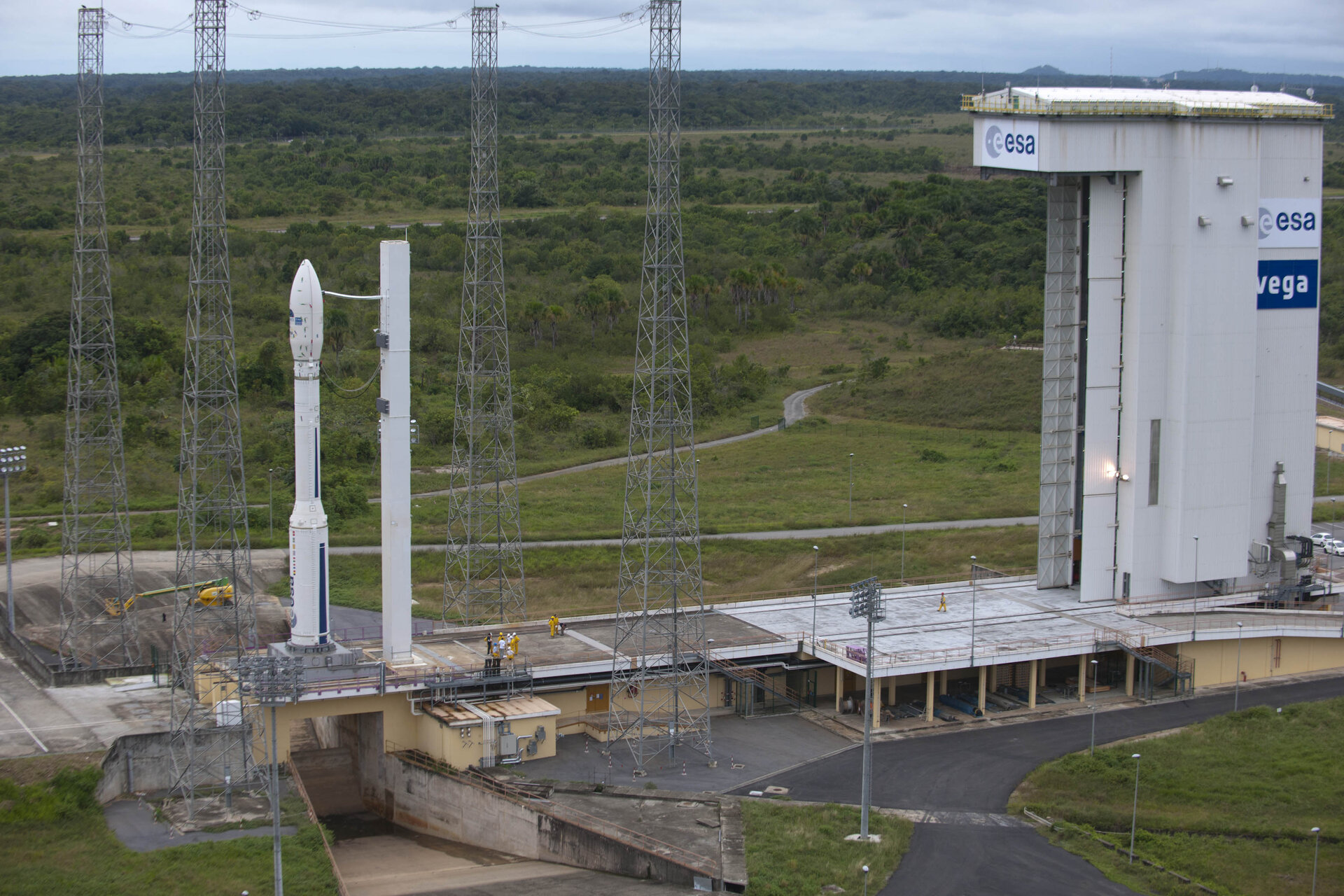 Vega is all set for launch on Monday. The new launcher passed its final hurdle on Saturday at Europe’s Spaceport, the Launch Readiness Review, and is ready for liftoff.

This last review checks the final status of the entire launch system, including the vehicle and the ground infrastructure, following the full dress rehearsal of the countdown and launch of earlier this week.

Vega’s P80 solid-propellant engine will be ignited first and a fraction of a second later the vehicle will lift off. It will burn out and separate at 1 min 54 sec. The Zefiro-23 second stage will ignite one second later and be jettisoned 3 min 22 sec into the flight.

About 16 seconds later, the Zefiro-9 third stage will ignite. The fairing protecting the payload during the climb through Earth’s atmosphere will be discarded at 3 min 43 sec, followed by Zefiro-9 separation at 5 min 47 sec.

At 55 min 5 sec into the flight, Italy’s LARES laser-ranging satellite will separate from the upper stage.

AVUM’s third burn starting at 66 min 10 sec will be followed by the separation of ALMaSat-1 and the seven CubeSats at 70 min 35 sec.

Vega’s flight will be completed 81 min after first-stage ignition.

The flight will qualify the overall Vega system, including the vehicle, the ground infrastructure and operations, from the launch campaign to the payload separation and disposal of the upper module.

In particular, it will demonstrate the vehicle’s performance and payload services.

Vega will provide Europe with a safe, reliable and competitive capacity to carry science and Earth observation satellites into orbit, perfectly complementing the heavy Ariane 5 and medium Soyuz rockets already launched from the spaceport.

The rocket is designed for a wide range of missions and payload configurations in order to respond to different market opportunities and provide great flexibility.

Unlike most small launchers, Vega is able to place multiple payloads into orbit. In particular, it offers configurations able to handle payloads ranging from a single satellite up to one main satellite plus six microsatellites.