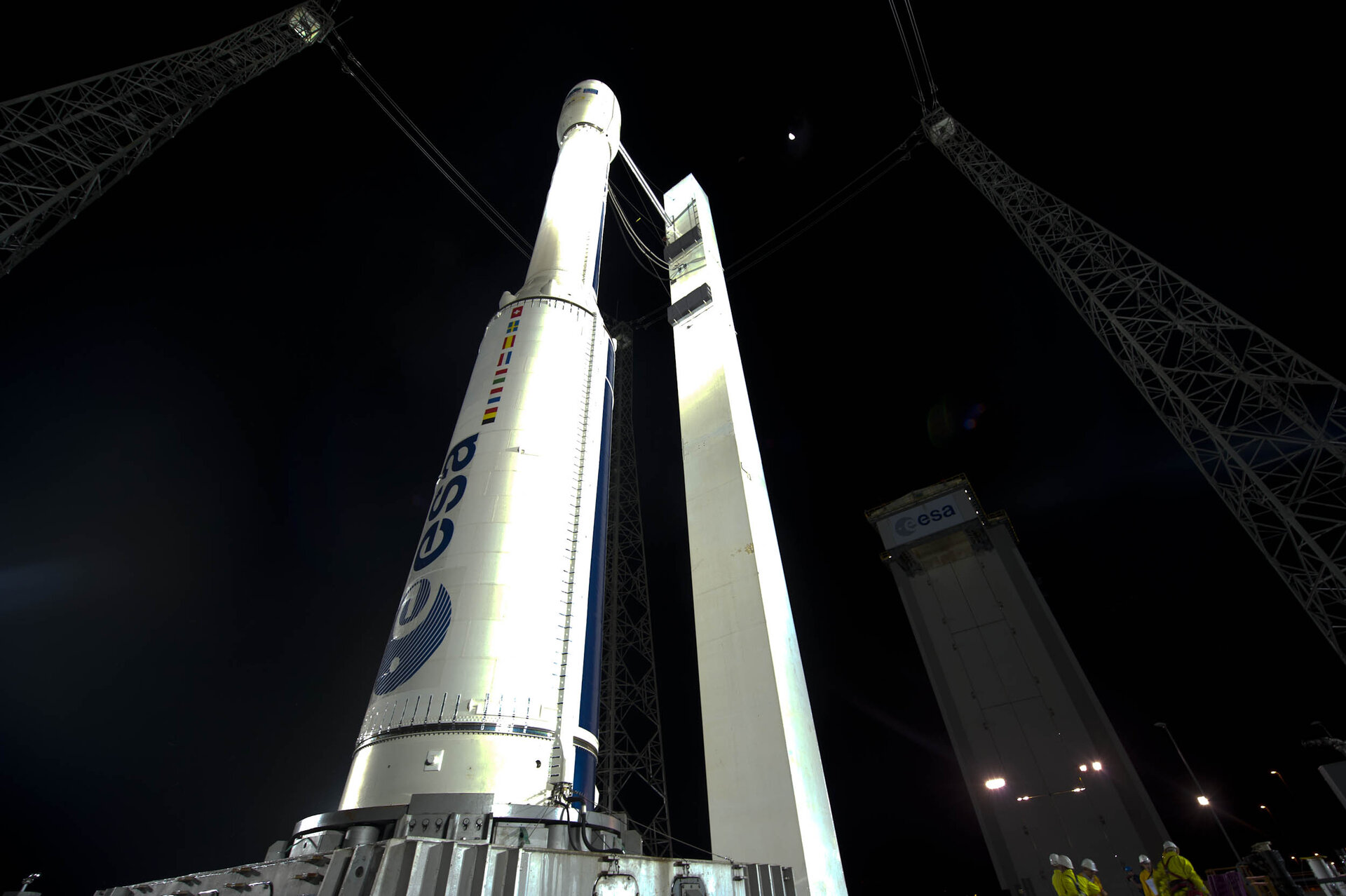 All of Vega’s three solid-propellant stages performed as planned. The upper stage manoeuvred to reach a circular orbit at an altitude of 1450 km inclined at 69.5º to the equator. There, it released the primary payload, the LARES laser relativity satellite, a 37.6 cm-diameter sphere of tungsten alloy fitted with 92 laser retroreflectors. The mirrors will allow high-precision distance measurements to study a ‘frame-dragging’ effect predicted by Einstein’s theory of relativity.

The upper stage then manoeuvred again to reduce the orbit’s lowest point to 350 km, to the correct orbit for release of the ALMASat-1 technology microsatellite and the seven tiny university-sponsored picosatellites.

The upper stage then jettisoned its remaining propellants and shut down.

In order to limit the risk of creating new space debris, Vega’s upper stage is in an orbit that ensures reentry in a few years. It will be incinerated during descent, leaving only small pieces to reach the ground.

During the VV01 mission, a large amount of data was collected on Vega’s performance, as well as the environment experienced by the payloads.

In the coming weeks, this information will be analysed in depth to confirm the full qualification of the Vega launch system, which will then be handed over to Arianespace for marketing and operations.

New technologies for large solid-propellant motors were demonstrated under flight conditions by the P80FW first stage. As the largest monolithic solid-propellant motor ever flown, it features a composite casing, an advanced nozzle and electromechanical actuators for steering – a world first for a motor of that size.

These technologies will be used on future Vega flights, of course, but they are also available for future launchers being studied by ESA as part of the Next Generation Launcher initiative.

Moving to the next phase

Under VERTA, Vega will launch various science and technology missions.

Other upcoming ESA missions under the VERTA programme are ADM-Aeolus to monitor wind profiles, Lisa Pathfinder to demonstrate technologies for detecting gravity waves, and the Intermediate eXperimental Vehicle (IXV), a demonstrator for advanced reentry technologies.

The first commercial contract for VEGA has already been signed by Arianespace, VEGA’s commercial operator and more are under negotiation.

After an open competition, Arianespace was awarded the contract in December 2011 to launch the Sentinel-2B and Sentinel-3B satellites on the Vega launcher, part of ESA’s Global Monitoring for Environment and Security (GMES) programme.

For more information on the new launcher, refer to the dedicated Vega section on: http://www.esa.int/SPECIALS/Vega/index.html