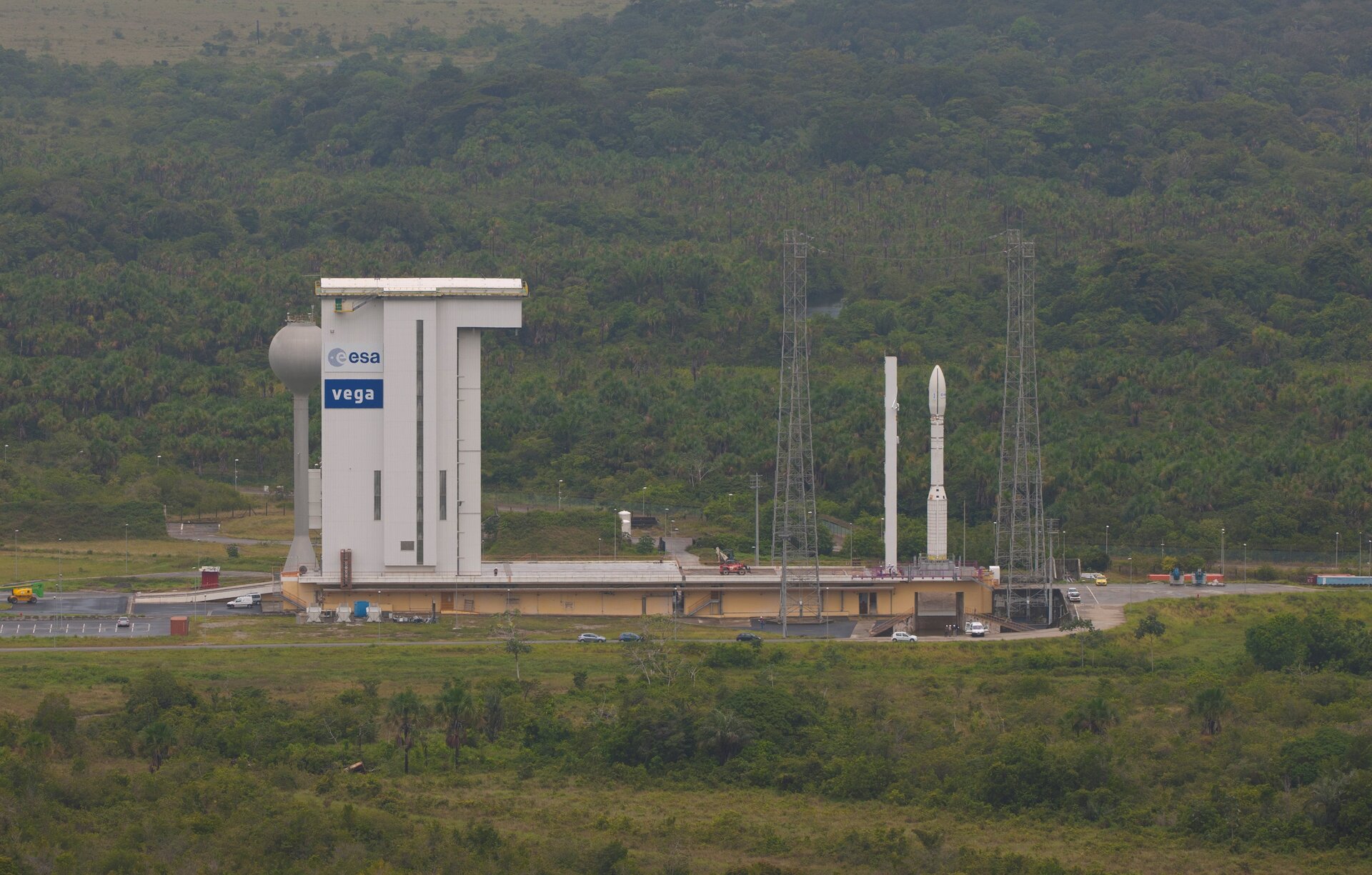 The Vega launch site at Europe’s Spaceport is located at the previous ELA-1 complex, originally used for Ariane 1 and Ariane 3 missions.

Launcher preparation takes place on the pad inside a mobile gantry that houses all the support equipment to assemble and check the vehicle.

The gantry provides a protected environment for launch personnel. Its height is 50 m and weighs more than 1000 t.