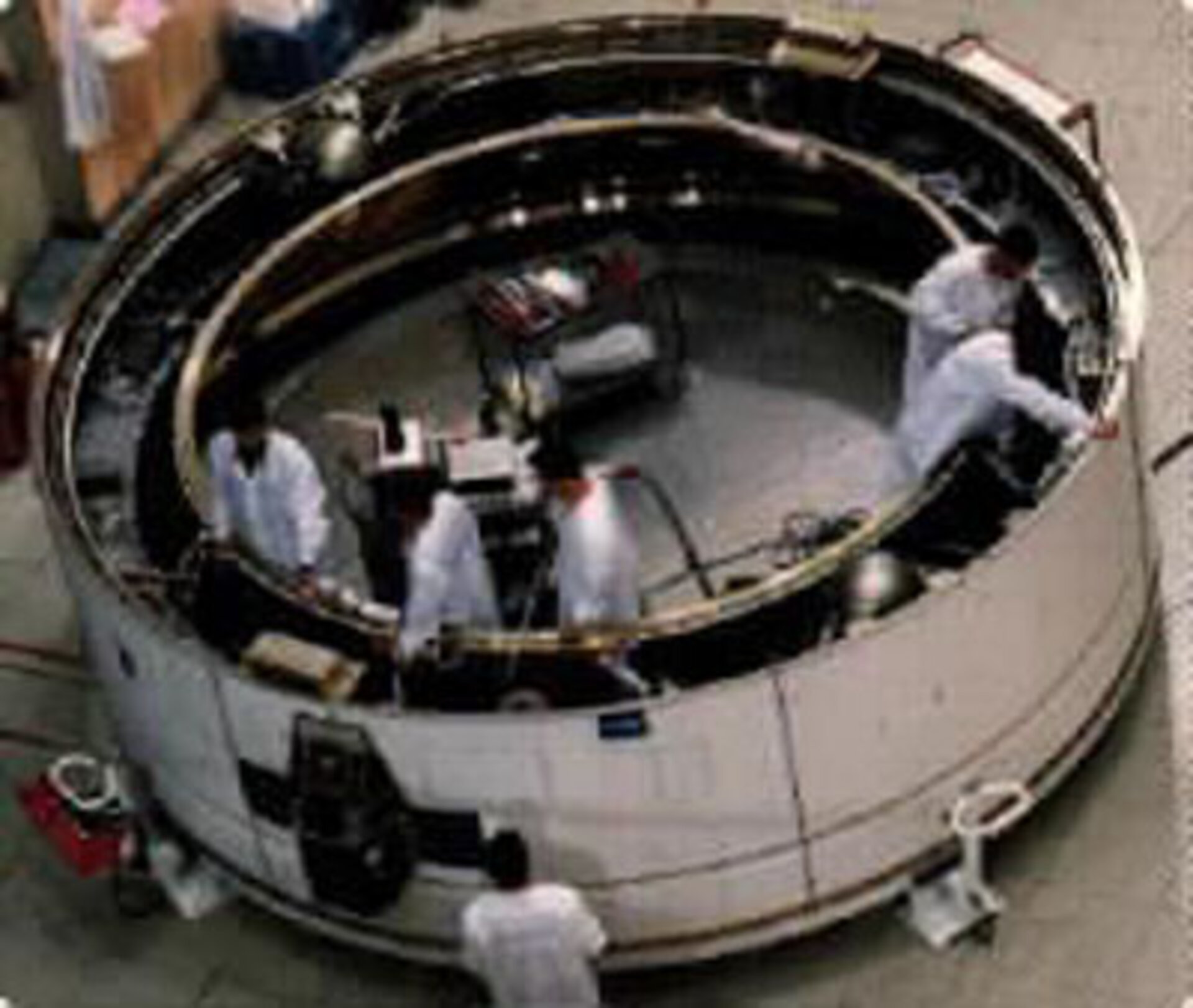 The vehicle equipment bay (VEB)is often called the ‘brains’ of a launcher. Situated on top of the main cryogenic stage, it interfaces directly with the upper stage.

The VEB is a big cylindrical ‘basket’ 5.4 m in diameter. It stands 1.56 m tall and weighs 1300 kg without propellant; in the centre is the storable propellant stage (EPS).

The VEB can autonomously orchestrate from start to end all the systems required to control a flight such as engine ignition, separation of the boosters, the upper stage, and operation and release of the individual payloads. Calculations are made by on-board computers and implemented by dedicated electronic systems.

These computers act on information on the velocity and attitude of the vehicle provided by the inertial guidance units. The inertial reference system is the key to flight control and is composed of accelerometers, plus gyroscopes and their electronic units.

One of the features of the Ariane-5 equipment bay is an independent attitude control system that can direct the launcher throughout its propulsion phases to reach the orbit for which it is programmed. This system uses 70 kg of hydrazine stored in two 38-litre tanks that feed two sets of three thruster modules.

This attitude control system puts the launcher on its roll axis during the propulsion phase, after separation of the solid rocket boosters, and ensures the 3-axes orientation of the satellites upon separation after extinction of the EPS stage.

All equipment in the VEB is duplicated. This is one of the many aspects of the basic launcher design that ensures the reliability of Ariane-5 launchers. The attitude control system jets and the telemetry antenna on the external surface of the VEB are also duplicated.

Another major function of the VEB is to send back a steady stream of information to the ground stations to allow the diagnostic of the launcher during its mission.