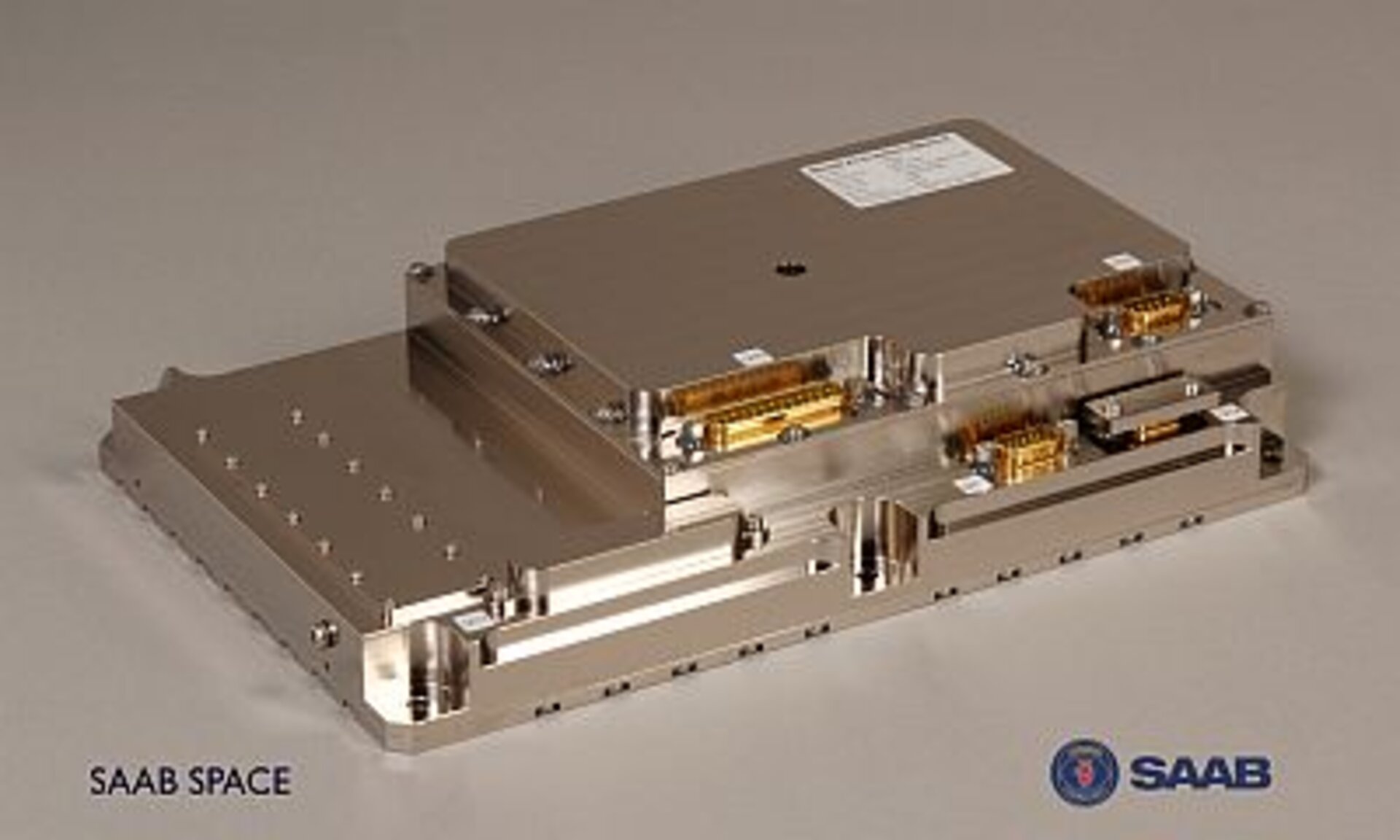 The development of the on-board computer for the Vega launcher has reached an important milestone with the successful completion of flight qualification activities. The computer is one of the first units in the Vega programme to achieve qualification.

Saab Space has been in charge of the development of this new generation of On-Board Computer (OBC), with an architecture based on the CPU kernel and a Saab Space developed Computer Core Support (COCOS) ASIC. Compared with today's Ariane 5, the VEGA OBC provides more than 10 times higher performance with 4 times more RAM. It is contained in a slim mechanical package that consumes just 25% of the volume and less than half of the total mass of its predecessor, while at the same time being more tolerant of the space radiation environment. Saab Space has also developed the embedded software for boot and ground services, together with the low-level flight software.

Leif Johansson, Saab Space project manager for the Vega OBC, expressed his satisfaction with this major achievement: “We are now looking forward to confirmation of the good test results and excellent performance of the OBC through the verification that will be carried out at system level and, later on, with the qualification flight.” Mr Johansson also warmly congratulated his team for the good work they have performed.

Saab Space has a well-known and widely acknowledged expertise in this domain, having already developed the OBCs for the Ariane launcher family and for other space applications.

Several models of the Vega OBC have been produced, beginning with the structural and engineering models needed for the development and qualification activities and for the software and system validation that was carried out in Europe and French Guiana. Completion of qualification means that the first flight model will be delivered in the near future for integration into the avionics module of Vega's AVUM (Attitude and Vernier Upper Module) restartable fourth stage.

The Vega Launch Vehicle Programme is managed by the ESA Integrated Project Team from ESA-ESRIN. Once Vega becomes operational, following a maiden flight scheduled for the end of 2008, it will be able to place satellites with masses of 300 to 2000 kilograms economically into the polar and low-Earth orbits used for many scientific and Earth observation missions.