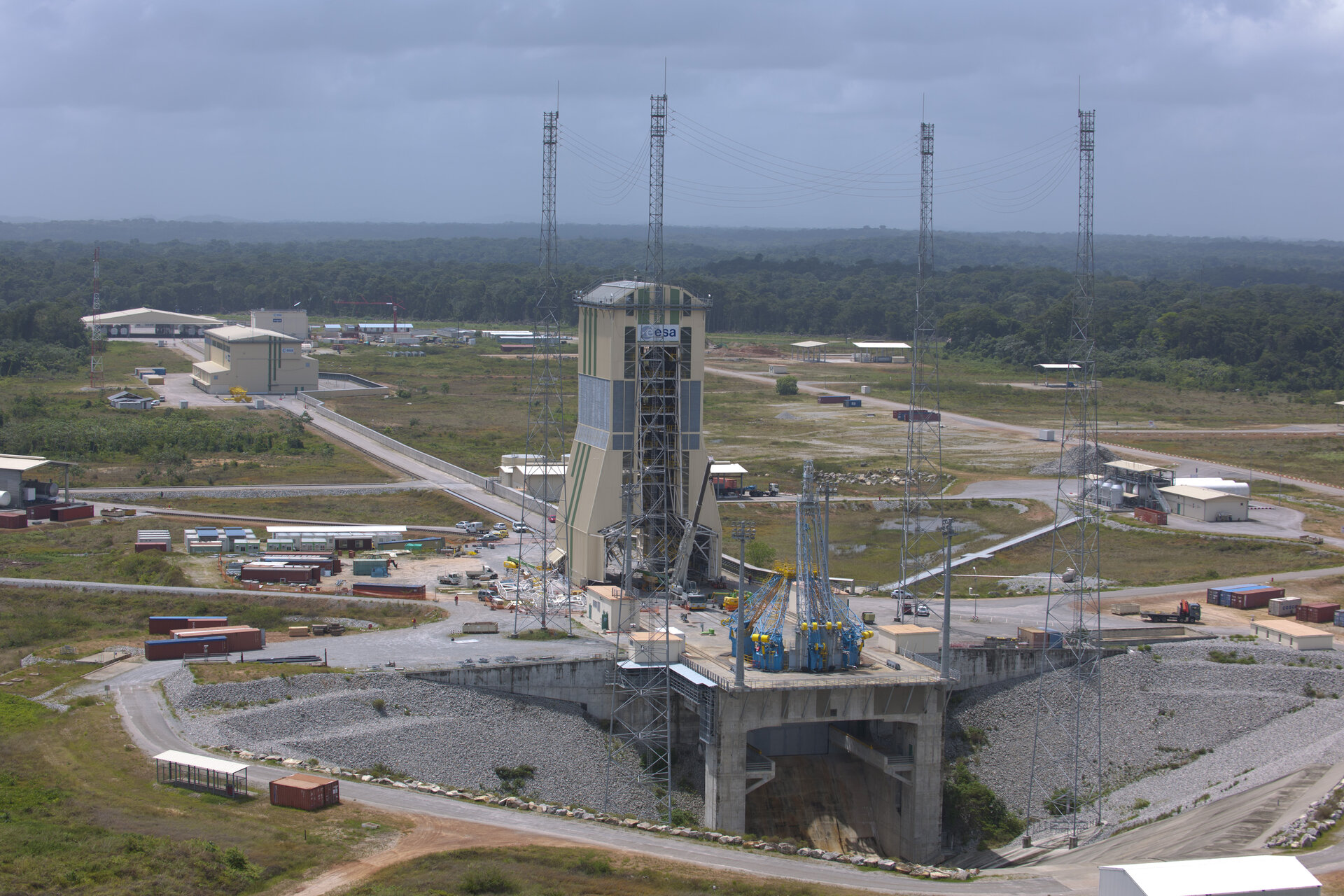 The Soyuz site at Europe’s Spaceport in French Guiana is now ready for its first launch. ESA yesterday handed over the complex to Arianespace, marking a major step towards this year’s inaugural flight.

Construction of the Soyuz site began in February 2007, although initial excavation and ground infrastructure work began in 2005 and 2006, respectively.

The first two Soyuz launchers arrived from Russia by sea in November 2009 to be assembled in the new preparation and integration building.

The French space agency, CNES, as prime contractor for the building work, along with its European and Russian partners, has spent recent months qualifying the site – known as Ensemble de Lancement Soyuz, or ELS for short.

The tests covered all the mechanical, fluid and electrical elements, such as the pad’s umbilical arms and fuelling vehicles, and all the buildings, including the launch control centre that will house the combined European and Russian teams.

The ‘acceptance review’ this week declared that the site is ready for its first rocket. At the same time CNES handed over the facilities to ESA.

The last step this week was ESA’s hand-over to Arianespace.

Main features of the Soyuz site

The launch site is almost identical to the other Soyuz sites in Kazakhstan and Russia, although adapted to conform to European safety regulations.

The most visible difference is the 45 m-tall mobile gantry, which provides a protected environment as payloads are installed on the vertical launcher. Its internal movable work platforms provide access to the Soyuz at various levels.

From now on Arianespace is responsible for the Soyuz launch site and will begin the campaign this month to qualify its launch operations.

A launch rehearsal will ensure that the Soyuz and the new facilities work together perfectly, while allowing the teams to train under realistic launch conditions.

This simulated launch campaign will include the vehicle’s transfer to the launch zone, its erection into the vertical position, its installation on the pad, and the testing of ground and launcher interfaces.

These final tests will give the green light for the first Soyuz flight from French Guiana in the third quarter of 2011.