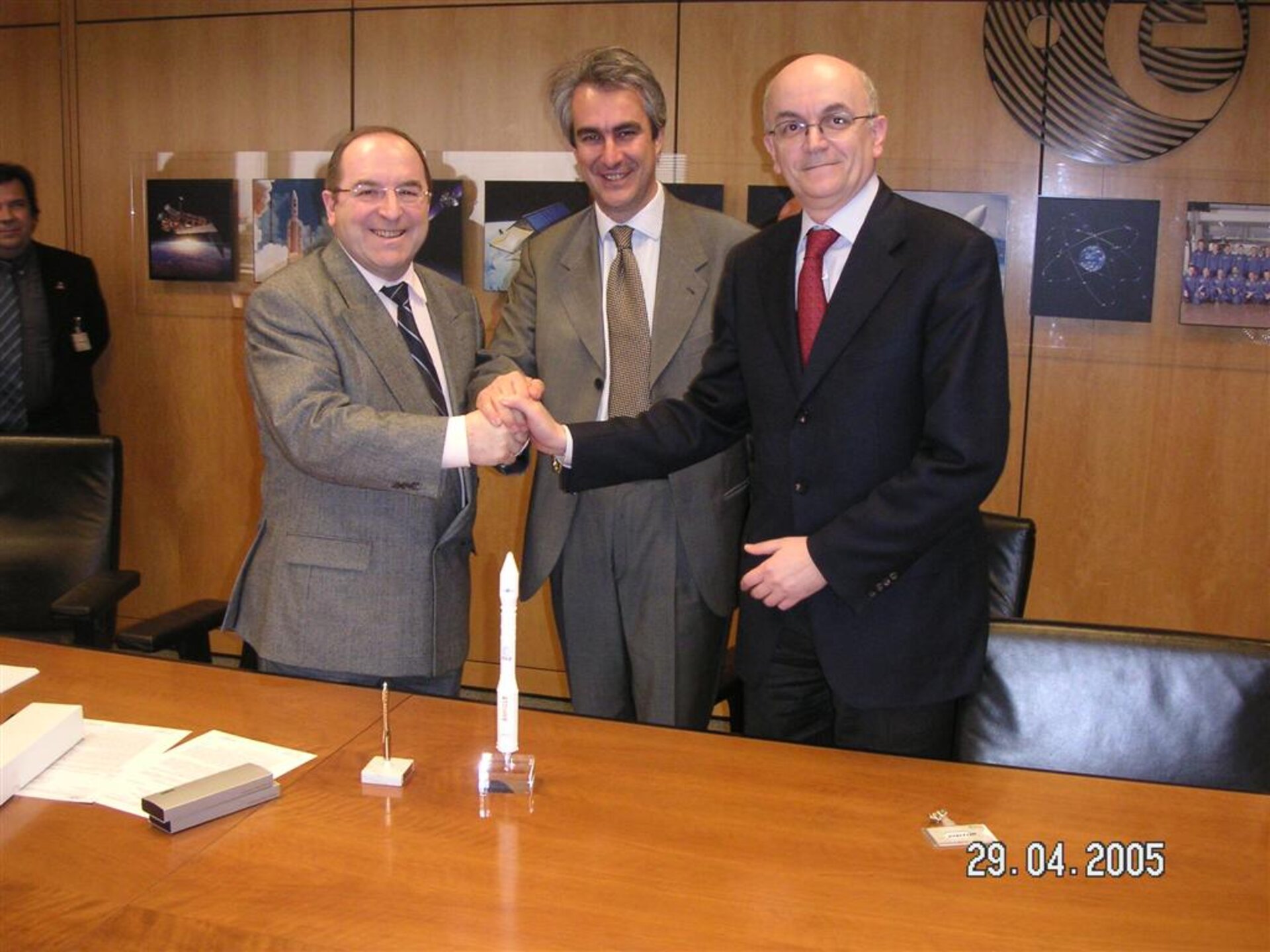 On Friday 29 April, a small ceremony took place at ESA’s European Research Institute ESRIN, at Frascati in Italy, to witness the signing of a contract to develop and qualify the thrust vector control subsystems for Europe’s new small launcher Vega.

The contract, between the Belgian company SABCA and Vega Prime Contractor the Italian ELV SpA, was signed by Mr Pelichero, CEO of SABCA and Mr Scippa, CEO of Italian ELV. Also present were Mrs Wagner, Head of the Belgian Research and Space Applications Service and Mr Felici, Head of the Vega Department at ESA.

With the signing of this contract, SABCA, the company in charge of developing the inter-stage 0/1 structure for Vega’s first stage, will also become responsible for the development and qualification of the thrust vector control (TVC). This is a critical subsystem for the Vega launcher as it ensures control of the launch vehicle during the propulsion phases. Each TVC subsystem consists of a battery set, two electro-mechanical actuators and a power distribution control unit.

This contract will also help to reinforce European know-how of developing electromechanical actuators and enhance expertise in the new technologies needed for this important launcher element.

The Vega Launch Vehicle Programme is managed by the ESA Integrated Project Team from ESRIN. Once Vega becomes operational in 2007 it will be able to place 300 to 2000 kg satellites economically into the polar and low-Earth orbits used for many scientific and Earth observation missions.

After the event Mrs Wagner said: “This contract represents not only a new industrial and critical development but an increase in SABCA’s responsibilities as a subsystem supplier.”