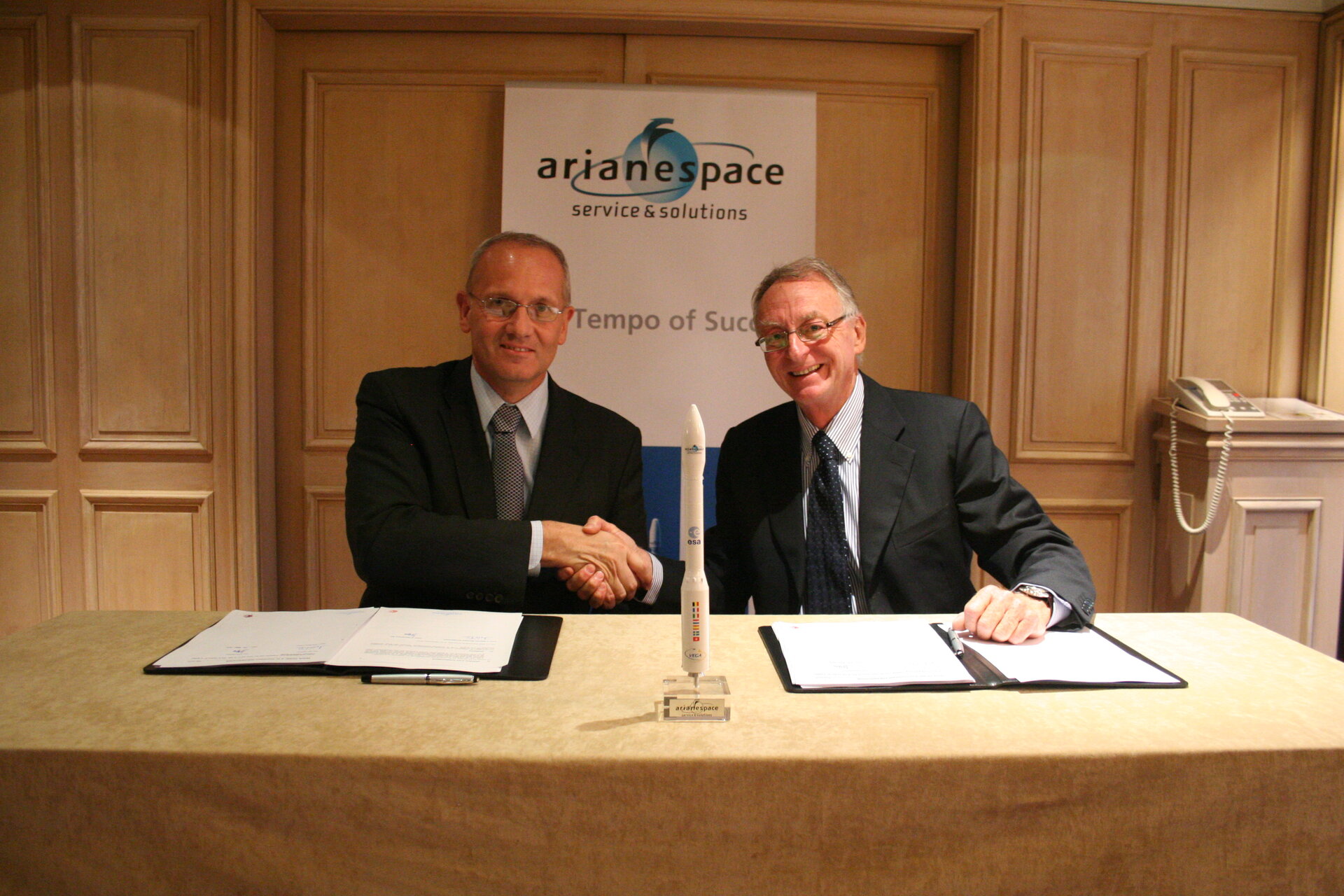 As Vega’s development is coming to an end with the qualification flight scheduled in 2011, two contracts were signed to allow the project to move on to the next phase.

Yesterday ESA and Arianespace signed the work order for production of the first Vega launcher, after qualification, as part of the Vega flexibility demonstration flights frame contract signed in December 2009.

At the same ceremony, Arianespace and the ELV company (European Launch Vehicle, Avio Group) concluded a frame contract for five launch vehicles with a firm order for one.

“This signature is a major milestone in the Vega programme as it marks the transition from the development phase to the exploitation phase and safeguards the schedule of the first Vega user missions of ESA,"said Mr Fabrizi.

"Together with Ariane-5 and Soyuz, Vega will contribute to providing Europe with the full range of launch services required for Europe’s institutional and commercial missions with greater flexibility."

The Vega launcher development is currently undergoing the final test campaign at Europe’s Spaceport in French Guiana, to verify the operational readiness of the overall launch system.

Our century began with a significant interest in smaller satellites, in particular for scientific and Earth observation missions. In order to provide an affordable response to European institutional needs and to maintain its competitiveness in the world's launch services market, Europe has developed the Vega launch system.

Vega is a 'single-body' launcher with three solid-propellant stages (P80, Zefiro 23 and Zefiro 9) and an additional liquid-propellant stage (AVUM). Unlike most small launchers, it will be able to place multiple payloads into orbit.

The 'VERTA' (Vega Research and Technology Accompaniment) programme covers a batch of five missions designed to demonstrate the flexibility of the Vega launch system. At a planned rate of two launches per year, the programme will allow the smooth introduction of Vega for commercial exploitation.

Altogether, seven ESA Member States (Italy, France, Spain, Belgium, The Netherlands, Switzerland and Sweden) are contributing to the programme. The industrial prime contractor of the Vega launch vehicle is the company ELV SpA, 70% of which is owned by AVIO SpA and 30% by the Italian space agency, ASI.