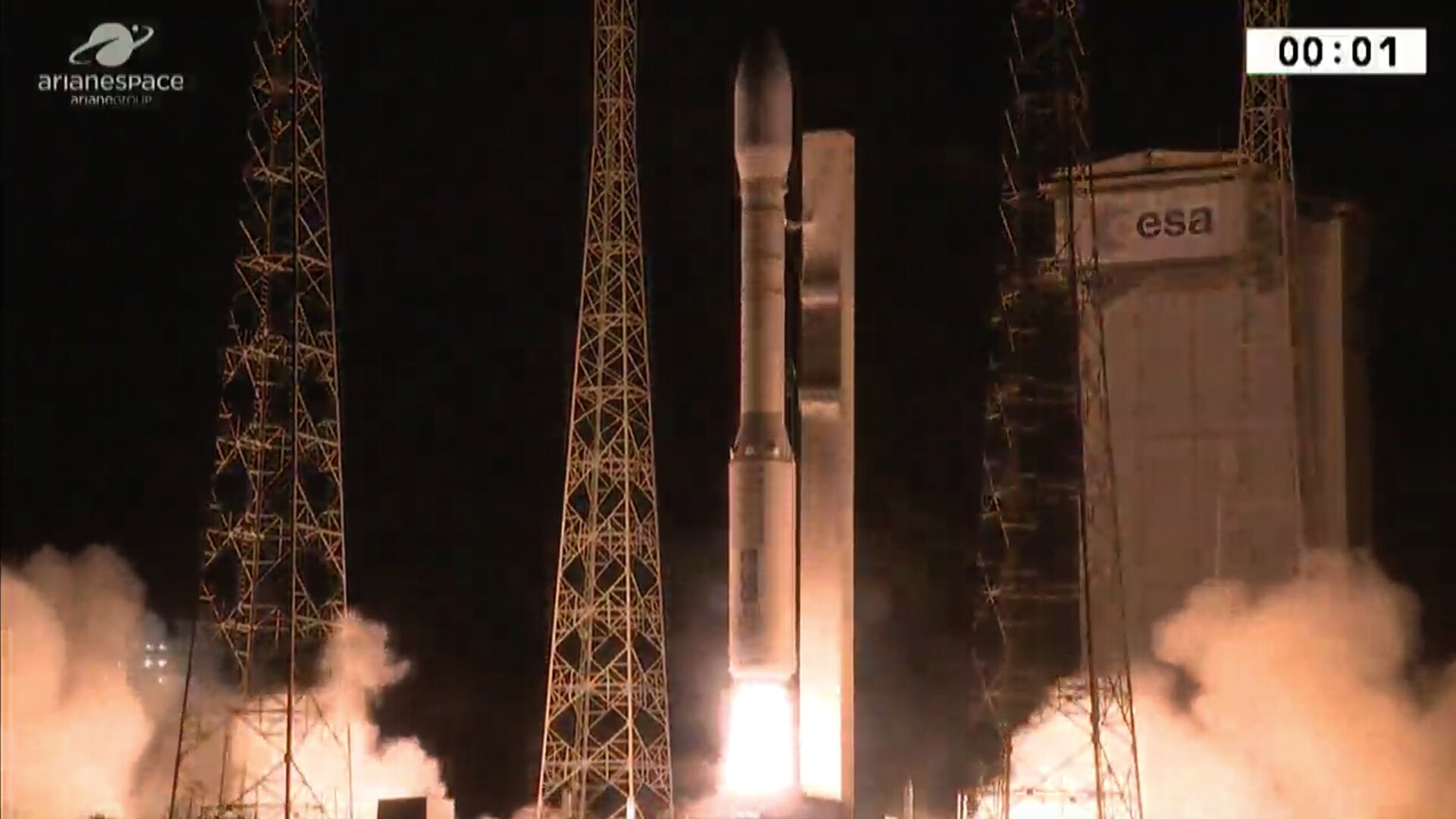 Optsat-3000 will provide Italy’s Ministry of Defense with global high-resolution images. With a mass of 368 kg, it was the first to be released after about 42 minutes. The 264 kg Venμs was released 49 minutes later.

Venμs – Vegetation and Environment monitoring on a New Micro Satellite – sponsored by France and Israel will study vegetation and the environment, and demonstrate a new electrical propulsion system.

Optsat-3000 has a design life of seven years and Venμs four and a half years.

Flight VV10 marks the debut of Vega’s new lighter payload fairing that protects the satellites during the ascent to space. It was developed under ESA’s Launchers Exploitation Accompaniment Programme and manufactured by RUAG Space Switzerland with ELV in Italy as prime contractor. The technology was first proved on 28 June on Ariane 5.

A launch pad modification for this flight reduced the acoustic loads – the pressure caused by sound waves on the payloads at liftoff – from the first-stage plume striking the structure.

The changes exploited a computer model of the acoustic environment at liftoff developed under an ESA–NASA knowledge exchange agreement for launchers. Flight and ground measurements from this flight will help to gauge the improvements.

The payload mass for this launch was about 982 kg. The satellites totalled about 672 kg, with payload adapters and carrying structures making up the rest.