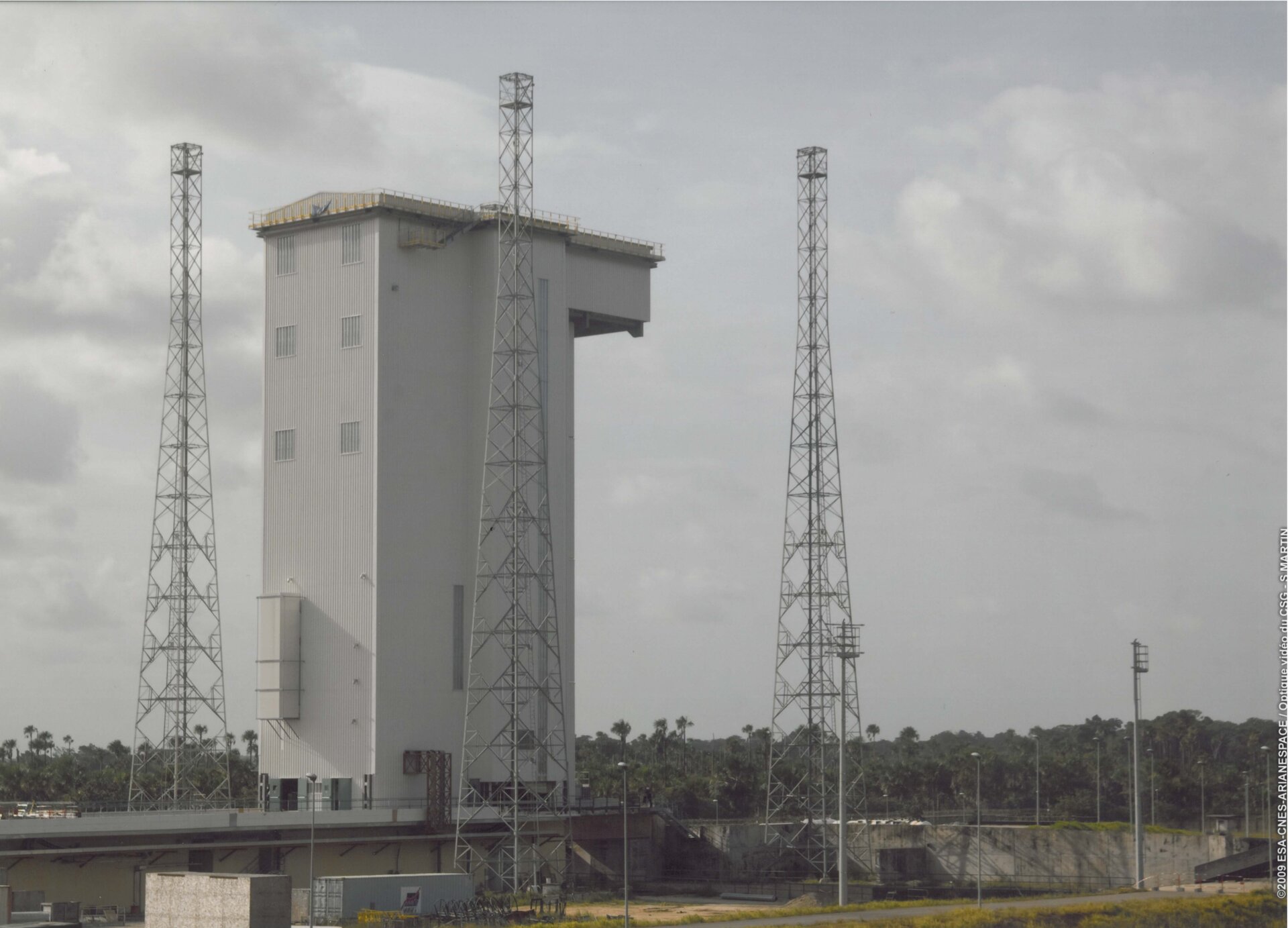 The Vega mobile gantry, inside which Europe’s new, small launch vehicle will be integrated and tested, recently completed its first full-travel movement tests at Europe’s Spaceport in Kourou, French Guiana.

As with Ariane launchers prior to Ariane 5, Vega is assembled and tested on its launch pad. The launcher preparation takes place inside a mobile gantry that houses all the support equipment needed to assemble and check the launcher. The gantry is moved back from the pad a few hours before launch.

Vega will lift off from the former Ariane 1 launch platform (Ensemble de Lancement Ariane 1 – ELA1), which is approaching the completion of its refurbishment programme.

The complete movement test was targeted both at checking the moving system performance – in preparation of final acceptance tests – and the interfaces with the launch pad structures (for example: the umbilical mast and fluid connections).

The test resulted in a smooth movement of the mobile gantry on its rails. These have been reused from Ariane 3’s mobile gantry. The detailed analysis of the test results will identify any limited additional refurbishment activities that may be necessary.

The mobile gantry will now remain at the north position to complete the test measurements and analysis. After that, a sequence of integrated tests is planned to start by mid-March 2009. It will lead to the acceptance of the Vega Ground Segment.

The horizontal movement system of the mobile gantry is powered by two electric motors of some 75 kW capacity, for 100% redundancy. These operate the hydraulic pumps supplying pressurised oil to the six motorised wheels (two on the north side and four on south side). The system has to be able to move a total mass of 1300 tonnes, with a maximum wind speed during operation of 23 metres/s (just over 80 km/h).

Both the structure and the translation system of the mobile gantry are under the responsibility of Rheinmetall (Italy), mechanical subcontractor to the Vega Ground Segment Prime Contractor, Vitrociset (Italy).

Vega is a single-body launcher composed of three solid-propellant stages and a liquid-propellant upper module. It is approximately 30 metres high, and weighs a total of 137 tonnes at lift-off. The reference mission for Vega’s launch capacity is to carry 1500 kg into a 700 km-altitude polar orbit, but Vega will be able to launch a wide range of scientific and Earth-observation missions.