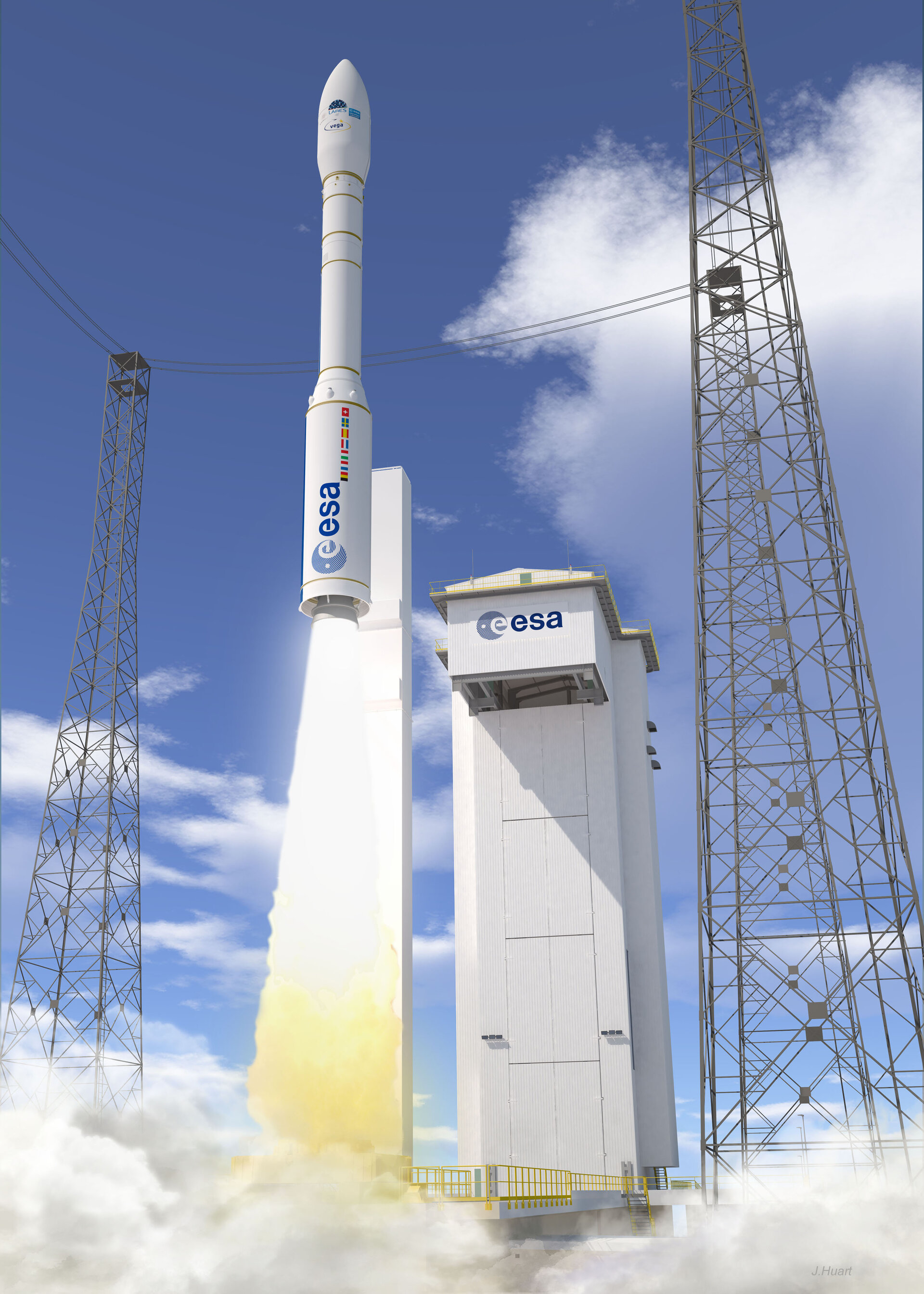 The first Vega launch campaign began in November with the installation of the P80 first stage on the launch pad. The two solid-propellant second and third stages were added to the vehicle, followed by the AVUM – Attitude & Vernier Upper Module – liquid-propellant fourth stage.

All four stages have undergone final acceptance, including the testing of the avionics, guidance, telemetry, propulsion, separation pyrotechnics and safety systems.

These steps culminated on 13 January with Vega’s ‘synthesis control checks', where all systems were put into launch mode for the vehicle's final acceptance. This included pressurising the AVUM propulsion systems that actuate the thruster valves.

The rocket’s elements were switched on from the control bench to simulate the launch countdown. The onboard software then took over and simulated the different stages of a flight. The interfaces between the vehicle and the control bench were also tested.

The test review confirmed that everything ran as expected and that the launcher is ready for flight.

The ‘upper composite’ – the fairing and payload – will be integrated, followed by final checkout of the fully assembled launcher and the countdown rehearsal.

The first launch, VV01, is targeted for 9 February. It will carry nine satellites into orbit: the Italian space agency’s LARES and ALMASat-1, together with seven CubeSats from European universities.

This mission aims to qualify the Vega launch system, including the vehicle, its launch infrastructure and operations, from the launch campaign to payload separation and disposal of the upper module.

Vega is compatible with payload masses ranging from 300 kg to 2500 kg, depending on the type and altitude of the orbit required by the customers. The benchmark is for 1500 kg into a 700 km-altitude polar orbit.
More information on Vega and updates are now available on the new launch website here.