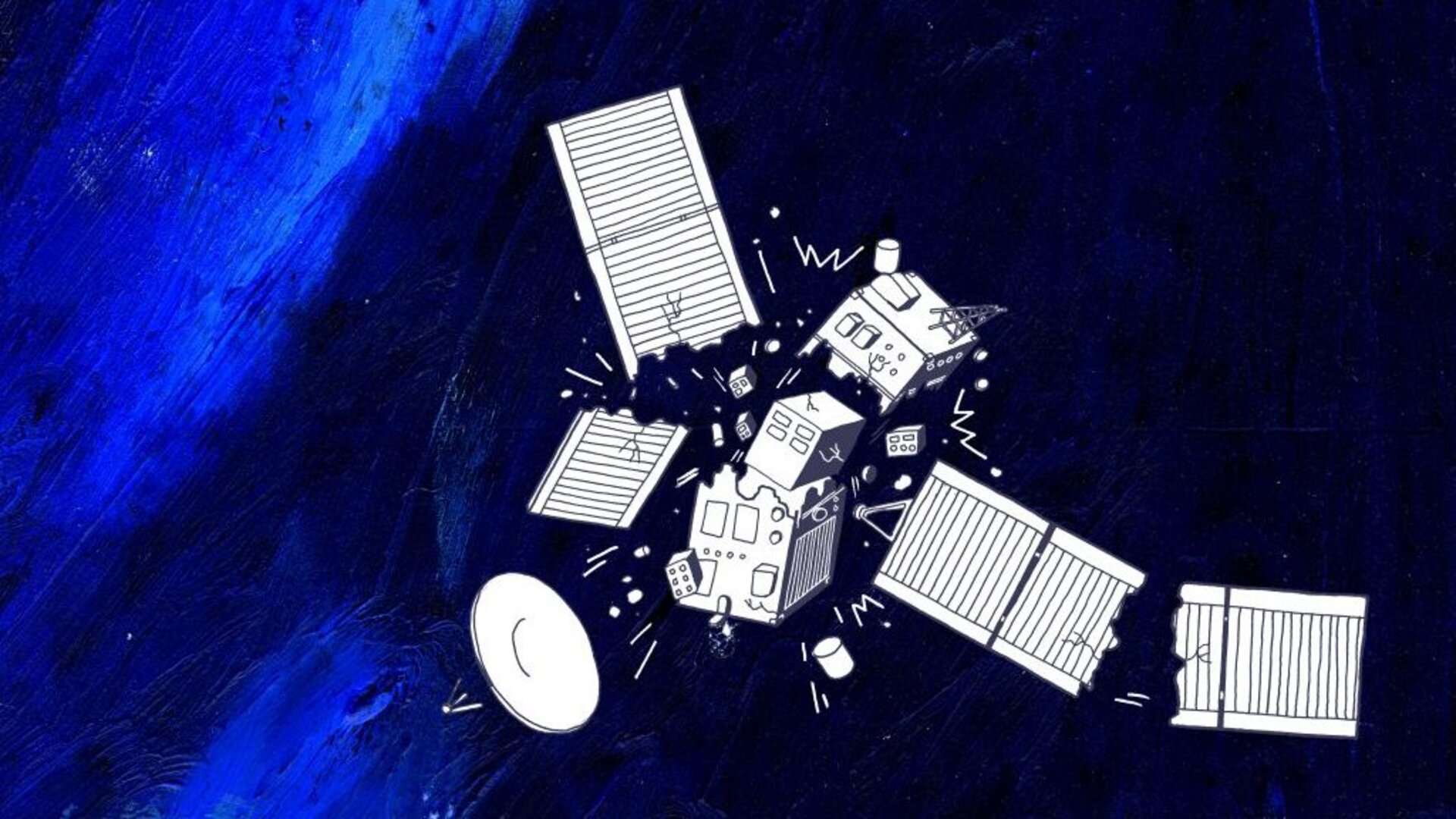 Down on Earth, everyone knows to remove batteries from electrical goods before recycling. When it comes to disposing of satellites in orbit, the same principle holds true: charged batteries or leftover fuel have been known to trigger breakups, a major source of space debris.

ESA’s Clean Space initiative, tasked with reducing the impact of Europe’s space industry on the terrestrial and space environments, is investigating novel methods of satellite ‘passivation’ – ensuring that a mission reaching the end of its working life has no remaining energy sources that might risk a break-up.

“Once a derelict satellite goes out of control, it can drift into orbital and altitude states beyond its design parameters, potentially raising its temperature significantly,” explains Luisa Innocenti, heading Clean Space. “Sustained temperature rises would be bad news for propellant tanks and batteries.”

Any leftover propellant may split into its component chemicals and push up the tank pressure. In the case of popular satellite monopropellant hydrazine, this splitting process generates yet more heat, causing a chain reaction that could continue until a tank breaks apart.

And even if a tank holds together, the potential is still there for fragmentation should it ever be struck in a hypevelocity impact by a piece of debris.

Batteries are also vulnerable to heating. Kept above 100ºC for a long time, even inactive batteries are at risk of ‘thermal runaway’, with chemical reactions giving rise to even more heat. If batteries are inadvertently left live, then overcharging can also give rise to break-ups.

Adding to the challenge, batteries may also be vulnerable to radiation in some medium-altitude orbits, which can degrade the reliability of electrical components.

“Some satellites left in graveyard orbits above geostationary orbit will need to remain stable for hundreds of years,” adds Luisa. “It is extremely difficult to say if a battery can really remain in a safe state for such a prolonged period, and harder still to test it.”

Ideally, propellant tanks would be fully vented by firing the satellite’s thrusters while still under full control, but this is not feasible once the pressure drops below a certain level. The current backup is ‘passivation valves’, which are opened only at mission end.

But these pyrotechnic valves are only qualified for a maximum of eight years in space, whereas passivation is normally carried out after 10–15 years.

Luisa explains: “As an alternative, we’re applying a novel development from material science: shape memory alloys, which can change into a preset shape through heating. At the mission end, the actuator’s shape would be changed to break open a valve and, once opened, the valve will stay open.”

So far, these shape-memory alloy valves have been subjected to system studies and materials tests; the next stage will be to qualify them for use in satellites.

On the battery side, the latest Li-ion battery designs already include various protections such as venting systems to release pressure. The best protection is ensuring batteries are completely discharged, requiring much higher temperatures to kick-start hazardous ‘exothermic’ reactions.

“Up until now, end-of-life passivation has been performed by electronics, but considering the harsh space environment this cannot be considered a reliable situation in its own right,” adds Luisa.

“Instead, CleanSat is looking at methods to physically isolate batteries from solar arrays or the rest of the power subsystem, such as relays, pyro-cutters and short-circuiting the arrays, attempting to use components that are less sensitive to the harsh space environment.”

These techniques will, of course, need to be tested against the harsh conditions seen by satellites after the end of mission, particularly through thermal cycling, to ensure that the proposed solution maintains its effect throughout the disposal phase.

The aim is to have such functions inserted as standard into future European-standard power control and distribution units.

This year, CleanSat has studied 28 building block technologies in dedicated small studies. Of these, the high-priority building blocks to be developed further will be presented to ESA’s Council at Ministerial Level next month.