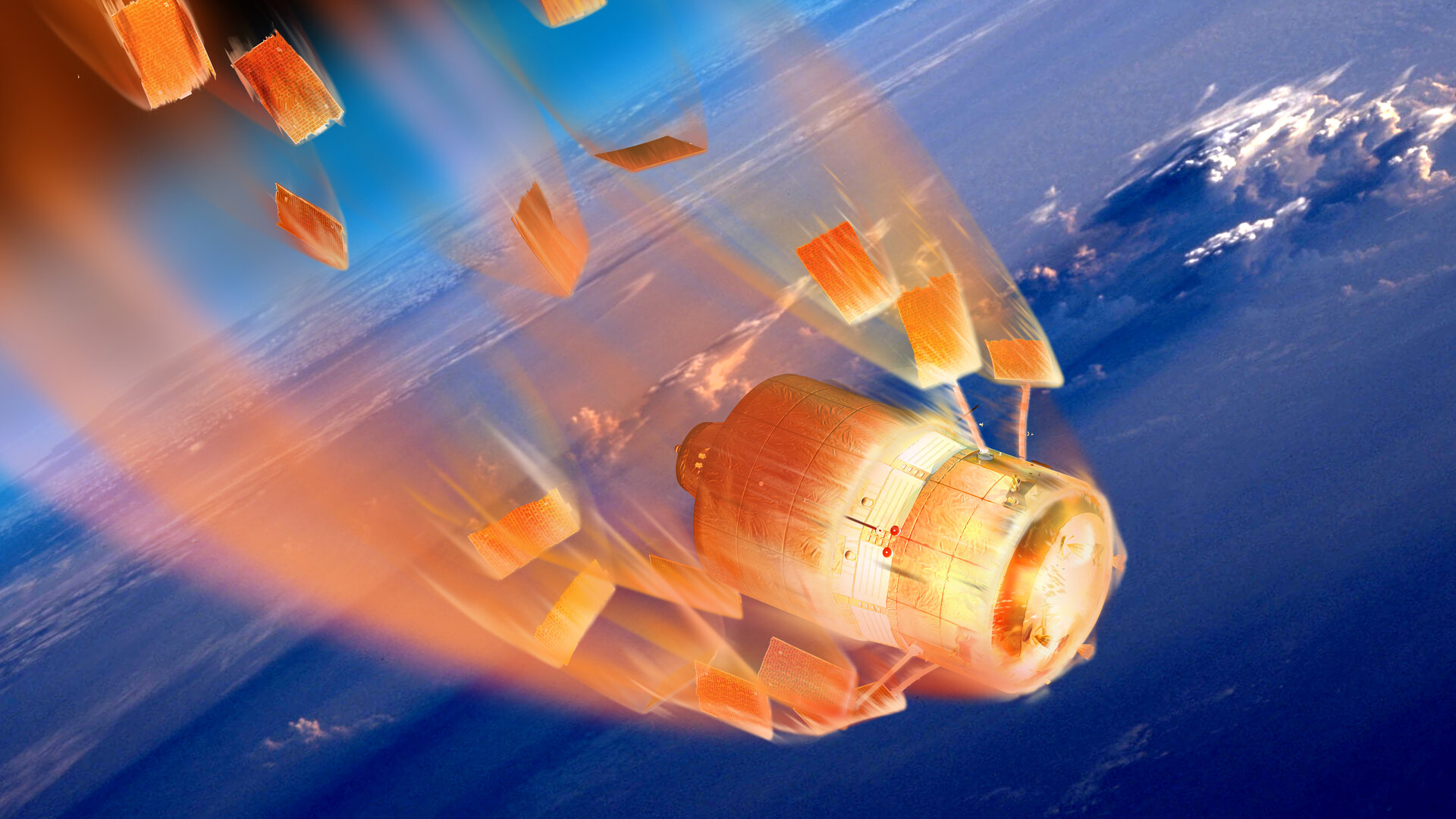 It’s not often that space engineers get to practise the destruction of satellites, but a team came together at ESA to simulate and analyse just that – the culmination of a 14-month ‘design for demise’ project.

New space debris mitigation regulations demand future missions have a less than one in 10 000 chance of someone on the ground being hit by debris.

The most straightforward solution would be controlled reentries into empty stretches of ocean – except this turns out to need significantly more propellant, so would require a larger satellite and a bigger, more costly rocket.

The best alternative is to design and build satellites in such a way that they would burn up in the atmosphere. Space manufacturers, working with ESA’s Clean Space initiative – tasked with safeguarding both terrestrial and orbital environment – have been investigating this, as part of a larger programme called CleanSat.

“Clean Space asked industry to assess all the techniques and see what effects they would have on the different areas of satellite design, such as structures, propulsion, power and orbital control,” said Luisa Innocenti, heading Clean Space.

ESA’s technical centre in Noordwijk, the Netherlands, is equipped with networked software tools to enable disparate specialists to work together on a single design in real time.

Information on the key factors influencing the survivability of each item was also provided – these include not only the material it is made from and its mass but also its geometry, wall thickness and position within the satellite, which influence its overall heat exposure through shielding by other elements.

Many solutions were proposed, ranging from substituting materials to relocating items to places where they will receive more heating earlier in the reentry process, and even triggering a partial breakup of the structure during reentry to guarantee destruction.

Finally, they were applied individually and in combination to actual missions, in this case the Earth-observing Sentinel-1 and Sentinel-2 satellites, serving to identify valuable guidelines and areas requiring further investigation.

“The topic is highly complex, and ESA really is the world leader,” added Friederike Beyer, assisting on the study. “This creates exciting technical discussions, although often it can be hard to come to clear conclusions.

“The results showed these techniques can provide real improvements, but further work on both destructible elements and reentry software tools will be needed to reach our goal.”