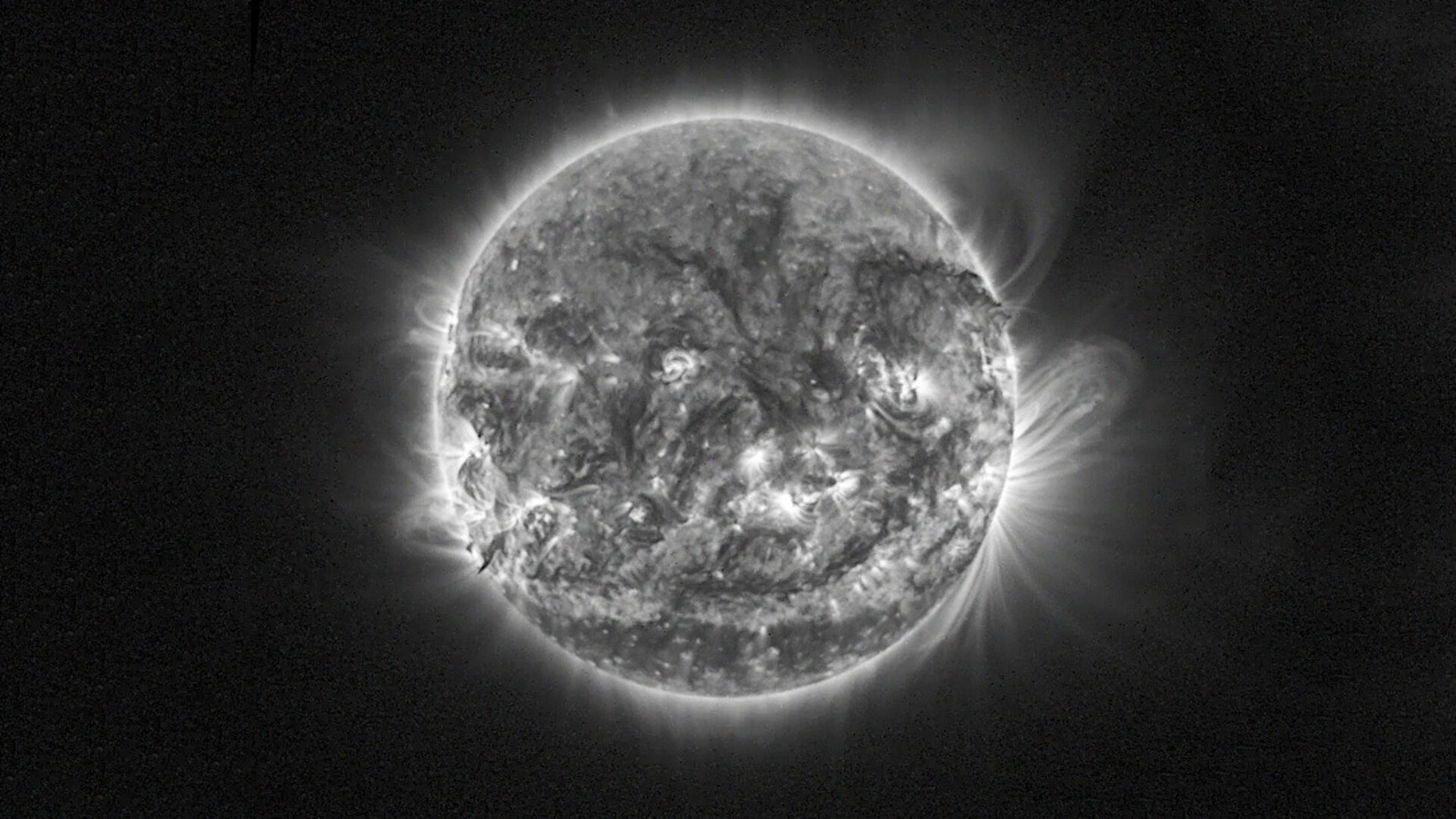 The second PRoject for OnBoard Autonomy mission was launched in 2009 as part of ESA’s programme for proving new technology in space.

Orbiting at about 725 km, this minisatellite – smaller than a cubic metre – carries four solar and space weather experiments and supports 17 technology demonstrations, providing companies with the flight experience that is essential for European industry to remain competitive.

In the first phase of its life, into early 2010, Proba-2 was extremely successful in verifying, under harsh space conditions, new technologies that will make future European missions more capable and efficient.

Afterwards, Proba-2 continued as a solar observatory, a science mission studying the Sun and the plasma environment surrounding the satellite.

Information from the four solar and space weather sensors are helping scientists to understand our star’s corona and magnetic fields and the mechanisms responsible for solar eruptions.

This information is crucial to understanding ‘space weather’ – the conditions above Earth that can affect spaceborne and ground-based systems and services, or even endanger property and human health.

The importance of Proba-2 data for European space weather services meant that ESA’s Space Situational Awareness programme has been managing the mission since July 2013.

This programme is developing precursor space weather services. In particular, the solar data are used by the Solar Weather Expert Service Centre coordinated by the Royal Observatory of Belgium in Brussels.

This centre generates solar weather data products and services for various users throughout Europe, including industry, satellite operators and owners of sensitive ground infrastructure, such as power grids.

Proba’s electron and ion measurements are useful in analysing satellite anomalies and in designing improved spacecraft for the future.

The Proba-2 Science Centre at the Royal Observatory of Belgium oversees scientific operations and data processing. The dedicated web portal for space weather services displays the latest ultraviolet observations in an easy-to-use and visually attractive format.

On 2 November, everyone involved with this remarkable mission will celebrate its fifth birthday, looking back on 60 months of testing new technology and providing unique solar and space environment readings.