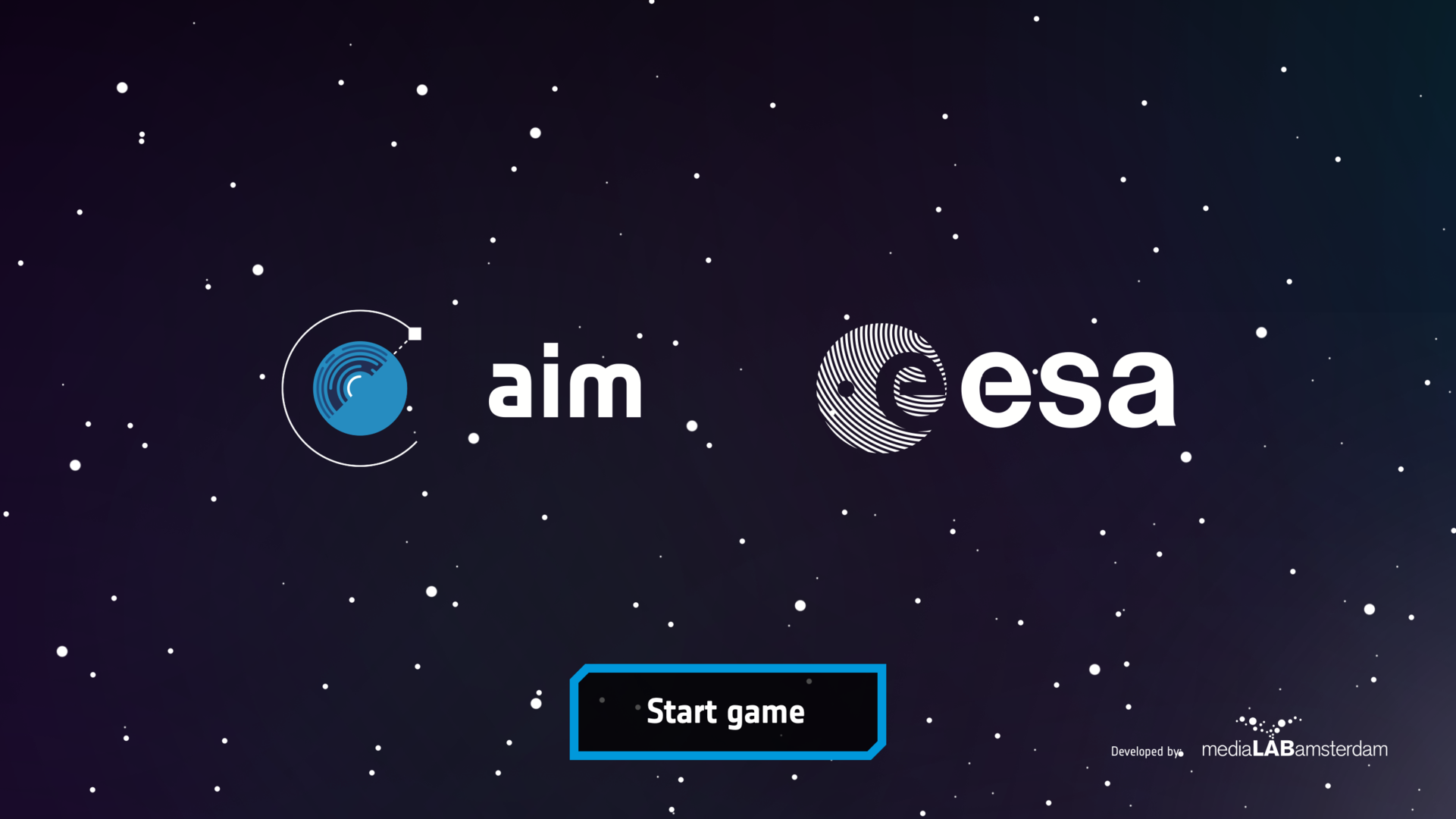 On the dawn of Asteroid Day 2016 the Asteroid Impact Mission team is proud to announce the release of a fun, interactive and educational mobile game. AIM-Space Challenge will teach you more about the mission and ESA as a whole. How? Find out for yourself by playing the game!

Download the game from the Apple Store or Google Play store.

This game has been developed in partnership with MediaLab Amsterdam, part of the University of Applied Sciences of Amsterdam, the Netherlands. The students had only 20 weeks to come up with the best idea of promoting a space mission, and AIM in particular, to the wider public.

First, they thoroughly investigated the target group and how many people in that group may already know about ESA and its missions. Once this was decided, they developed a strategy on how best to use this knowledge to reach as many people as possible.

Their primary choice was a mobile application in the form of a ‘tycoon game’, combined with some fun mini-games.

The purpose of the game is to build your own space centre by collecting coins and knowledge. Each time you reach a goal you will receive a patch that will link you to one of the AIM webpages, thus giving you more knowledge about the mission.

The game loosely follows the AIM objectives and the mini-games were designed so that you will learn more about some of the difficulties of a space mission.

The students presented their results at the MediaLab final session at the end of June. Their stand attracted a lot of attention from guests as well as students and partners of the other projects by allowing many visitors to beta-test the game. After fixing some bugs and thanks to all who tested it on the night, we can now release this Space Challenge into the world for everyone to enjoy.