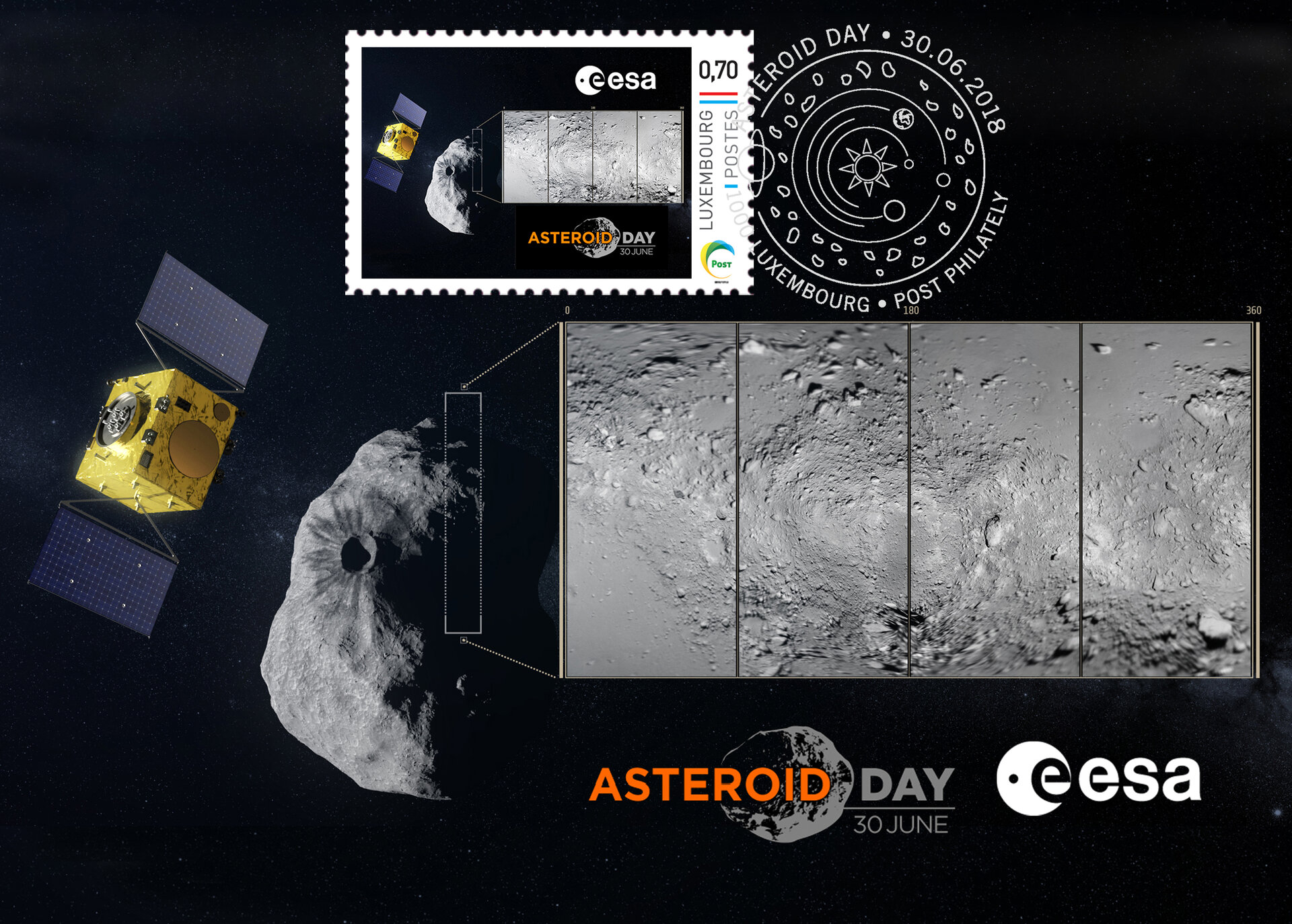 In a unique cooperation between ESA, Asteroid Day and Luxembourg Post, a limited edition set of first-day stamps and postcards is being released for this year’s Asteroid Day.

Asteroid Day is a global campaign to increase awareness about asteroids and the threats and opportunities they pose. Celebrated each year on 30 June, Asteroid Day marks the largest asteroid impact event experienced on Earth in recorded history, the 1908 Tunguska event.

ESA has long supported the Asteroid Day movement and has been playing a leading role in the global hunt for risky near-Earth objects, such as asteroids, that might one day cross our path in a way that is a bit too close for comfort.

As an example, ESA’s proposed Hera mission, planned to venture out to a double asteroid system to assess the success of a partner NASA mission’s attempt to shift the smaller body, is being put forward as part of ESA’s new Space Safety and Security activities.

Building on the previously proposed Asteroid Impact Mission, Hera would reach the double asteroid system Didymos in 2026, a few years after the NASA DART spacecraft has collided with the smaller of the two asteroid bodies, dubbed Didymoon.

By this time, the dust will have settled and the changes in Didymoon’s orbit will be fully measurable without any danger to the Hera spacecraft. Hera will also gather crucial scientific data on asteroids as a whole by carefully surveying the exterior and interior properties of both bodies in the system – exploring two asteroids for the price of one.

In addition, Hera would deploy Europe’s first deep space CubeSats to test intersatellite links and close-proximity operations in the near-weightless asteroid environment. In doing so the mission would gather valuable knowledge and experience of benefit to the nascent asteroid mining sector, which is being championed by the Luxembourg government.