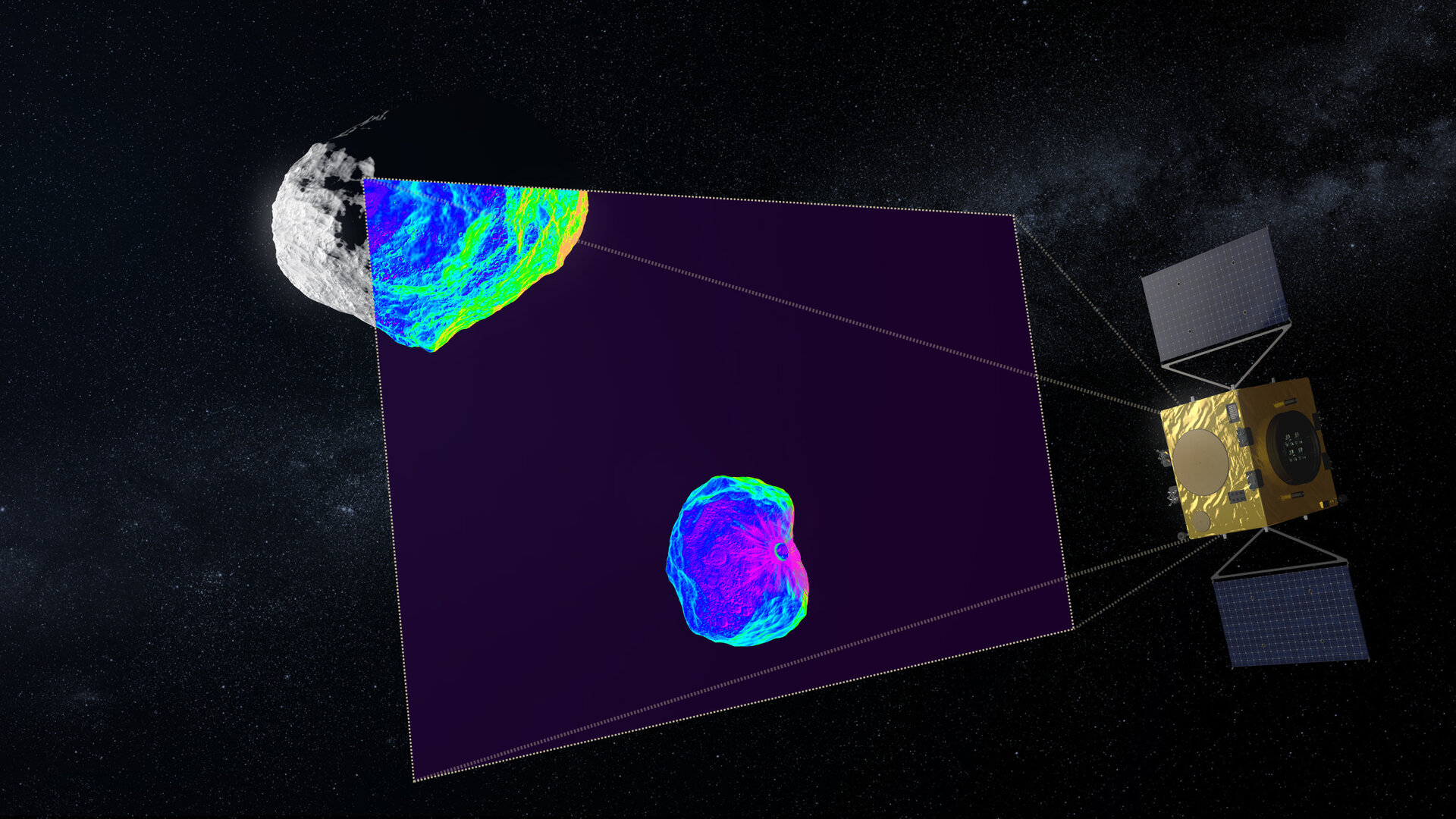 “If you think self-driving cars are the future on Earth, then Hera is the pioneer of autonomy in deep space,” explains Paolo Martino, lead systems engineer of ESA's proposed Hera mission. “While the mission is designed to be fully operated manually from ground, the new technology will be tested once the core mission objectives are achieved and higher risks can be taken.”

Hera is currently the subject of detailed design work, ahead of being presented to Europe’s space ministers at the Space19+ Ministerial Council this November. The spacecraft will survey a tiny 160-m diameter moon of the 780-m diameter Didymos asteroid, in the aftermath of a pioneering planetary defence experiment. 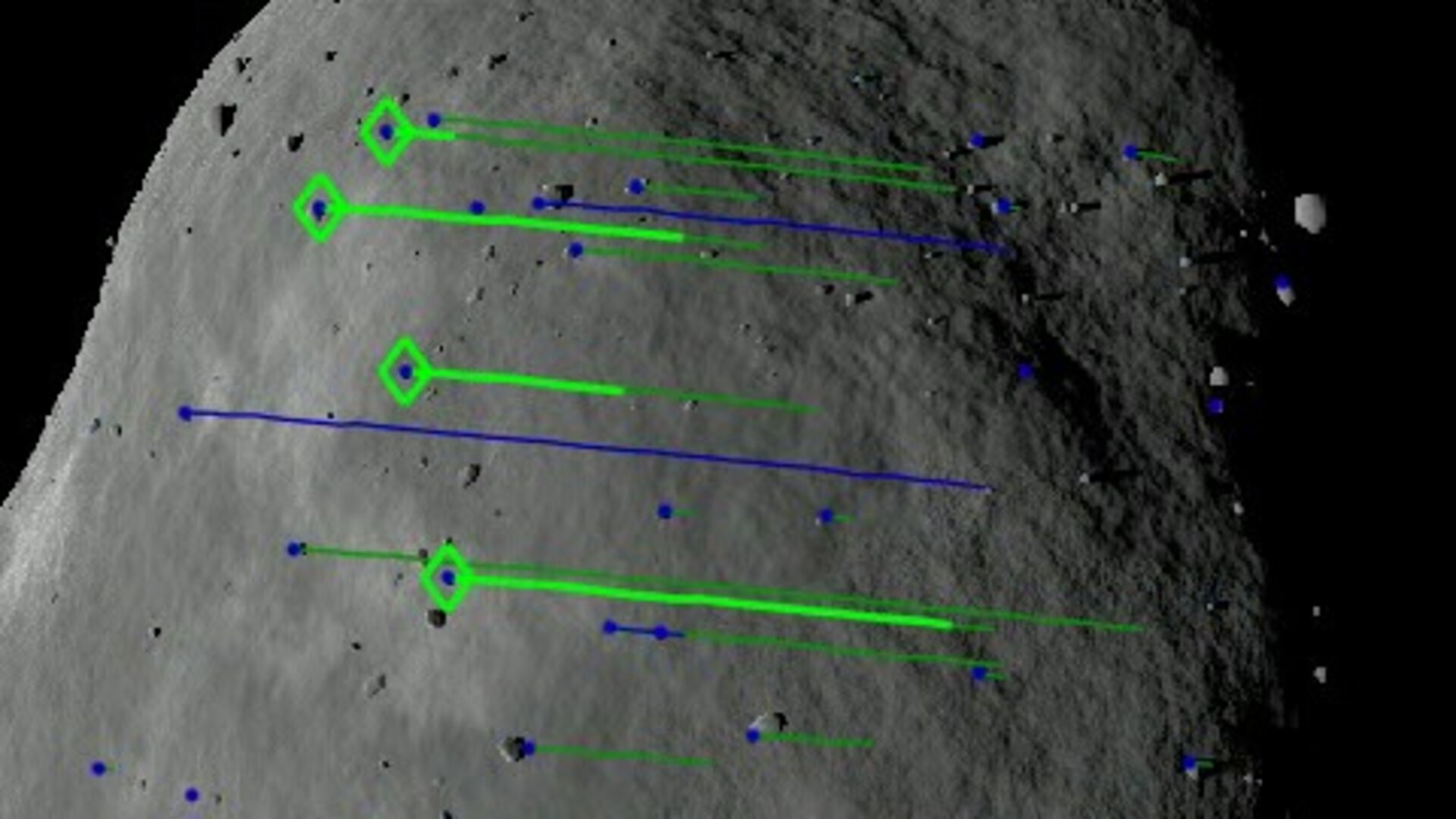 “The spacecraft will operate like an autonomous vehicle, fusing data from different sensors to build up a coherent model of its surroundings,” says ESA guidance, navigation and control (GNC) engineer Jesus Gil Fernandez.

“Hera’s most crucial data source will be its Asteroid Framing Camera, combined with inputs from a star-tracker, laser altimeter, thermal infrared camera plus inertial sensors including accelerometers.”

The resulting autonomy should let Hera navigate safely as close at 200 metres from the surface of the smaller asteroid ‘Didymoon’, enabling the acquisition of high-resolution scientific observations down to 2 cm per pixel – focused in particular on the impact crater left by the US DART spacecraft crashing into Didymoon to divert its orbit.

GNC engineer Massimo Casasco adds: “All other deep-space missions, by comparison, have had a definite driver back on Earth, with navigation commands planned at mission control in ESA’s European Space Operations Centre, before being uplinked to the spacecraft hours later. During Hera’s experimental phase, equivalent decisions will be performed aboard on an autonomous basis in real time.”

For maximum navigation reliability, Hera’s main onboard computer will be complemented by a dedicated image processing unit – in the same way desktop PCs often have separate graphics cards – while borrowing machine vision techniques from industrial cameras employed on production lines.

Due for launch in October 2023 and reaching its target Didymos near-Earth asteroids three years later, ESA’s proposed Hera mission will navigate itself in three different modes. On initial approach the main asteroid will appear as one more bright star among many.

“From afar, it will be only a tiny dot,” explains Jesus. “We would have to take several pictures to observe its motion against the background starfield.”

This imaging technique is similar to those developed to detect small items of space debris and to eventually permit future robotic debris-removal missions to rendezvous with them.

The next mode will be the dominant one for the bulk of Hera’s mission between 30 km to 8 km distance, with the larger ‘Didymain’ asteroid framed in its camera view as an overall reference point.

“This mode depends on having the big asteroid smaller than our overall camera field of view, and detecting the contrast of its edges giving way to the space beyond,” says Massimo. “We take advantage of its roughly-spherical shape to fit it within a circle and estimate the line-of-sight distance between the spacecraft and the asteroid ‘centroid’.”

Didymain has been selected as the navigation reference point as it is the body where most of the system’s gravity is concentrated, and much more is known about it than the smaller Didymoon.

This method will become unworkable however once Hera comes closer than 8 km from Didymain, and the asteroid fills its field of view. Then comes the most ambitious navigation mode of all, based on autonomous feature tracking with no absolute reference.

Jesus explains: “This will be a matter of imaging the same features – such as boulders and craters – in different pictures to gain a sense of how we’re moving with respect to the surface, combined in turn with other information including onboard accelerometers for dead reckoning and the thermal infrared camera for overflying the asteroid’s night side.”

Feature tracking will also be used to measure the mass of Didymoon, by measuring the ‘wobble’ it causes its parent, relative to the common centre of gravity of the overall binary Didymos system. This will be achieved by identifying small metre-scale variations in the rotation of fixed landmarks around this centre of gravity over time.

In practice, there will undoubtedly be surprises, observes Massimo: “A flatter surface would be worse than something with a lot of boulders with high contrast, making it easier to unambiguously identify features. Plus a less spherical body with lots of irregular shapes and shadows would be more of a challenge for the kind of edge detection we’re employing.” 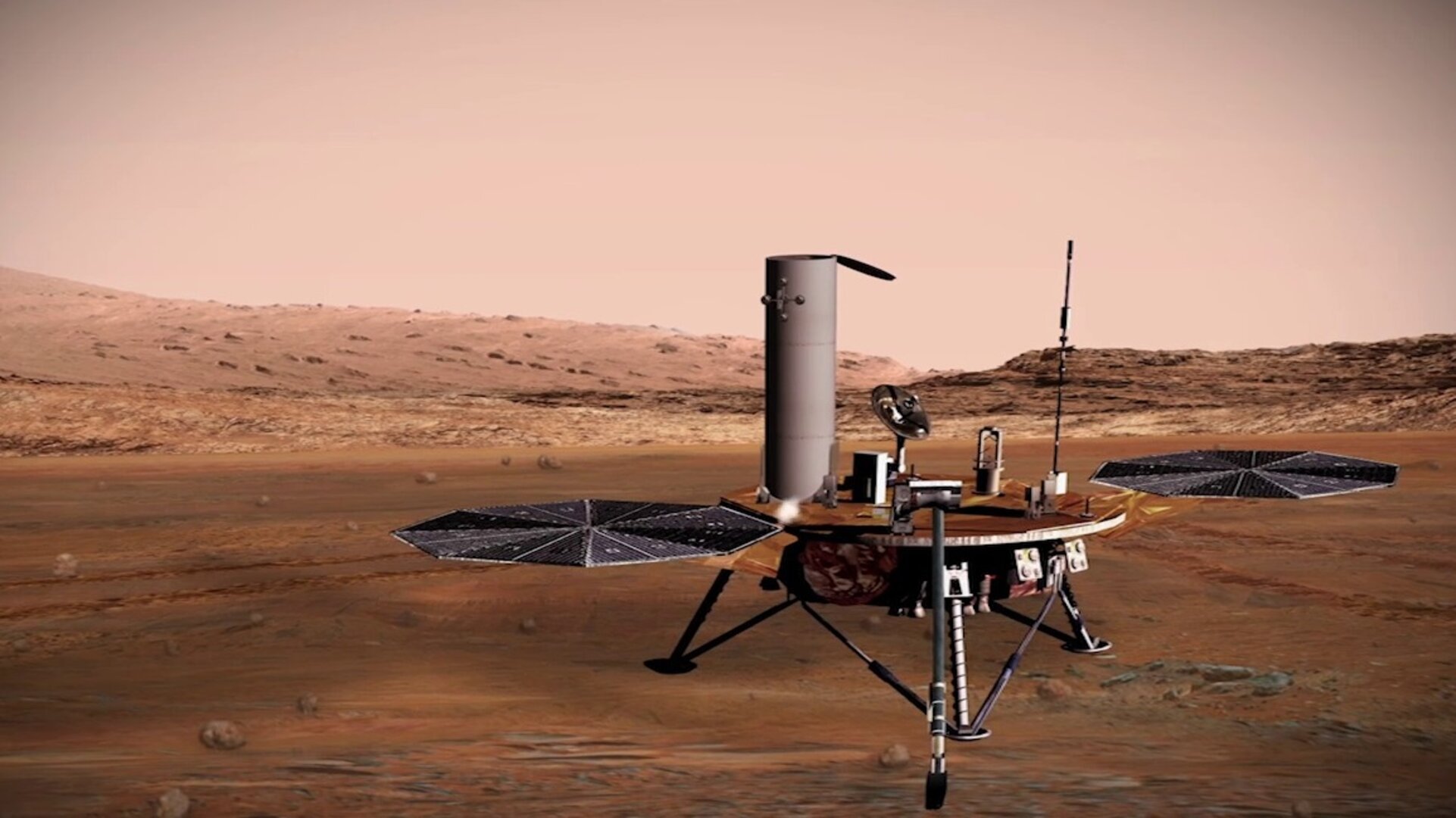 GMV in Spain is leading development of this vision-based navigation system, supported by OHB in Sweden with other partners including GMV in Poland and Romania. A replica of the Asteroid Framing Camera Hera will rely on is currently being used for practical testing of the software together with a high-resolution model of Didymos.

This technology will have wider uses in many other missions, including ESA’s planned Space Servicing Vehicle for refurbishing satellites and removing space debris, as well as the ambitious Mars Sample Return mission, the homeward leg of which will involve autonomous rendezvous in Mars orbit. Ultimately, once proven, this technology would be an enabling building block for low-cost planetary probes into deep space.