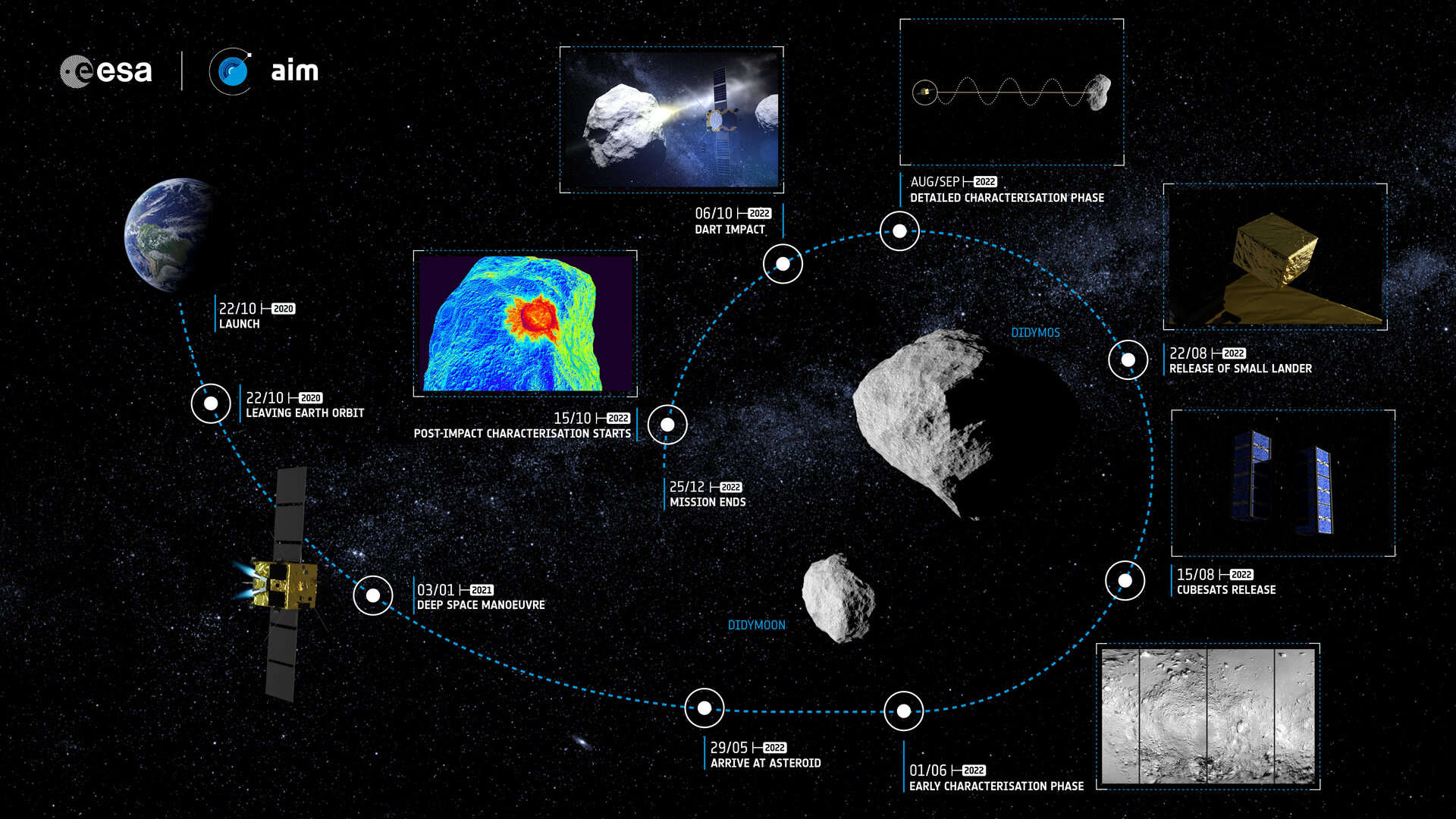 Covering the entire spectrum of planetary science topics, the European Planetary Science Congress (EPSC) will be held in Nantes, France, from September 27 until October 2. With its distinctively interactive style this congress will take you through the results from the ESA Rosetta Mission and NASA Dawn Mission to the search for exoplanets and the emergence of life in the universe. One of the splinter meetings during the course of the congress will focus on the Asteroid Impact and Deflection Assessment (AIDA) mission study.

AIDA is a joint cooperation between European and US space agencies which consists of two separate and independent spacecraft that will be launched to a double asteroid system, called Didymos, to assess the possibility of deflecting an asteroid by using a kinetic impactor. At this meeting Michael Küppers from ESA and Patrick Michel from the Observatoire de la Côte d'Azur (OCA) will elaborate on the European Asteroid Impact Mission (AIM) that is under Phase A/B1 study at ESA. The NASA-JHU/APL-led Double Asteroid Redirection Test (DART) spacecraft forms the other part of the AIDA mission and is set to crash into Didymoon in 2022 whilst AIM looks on.

"The AIM spacecraft is set to rendez-vous with the asteroid system a few months prior to the impact to fully characterise the smaller of the two bodies, dubbed "Didymoon". In addition to this AIM will release a set of Cubesats in deep space and a lander on the surface of the smaller asteroid. We will thus demonstrate deep-space inter-satellite linking for the first time between the main spacecraft, the cubesats and the lander. For the first time, data will also be transmitted from interplanetary space to Earth by a laser communication system", explains Küppers.

Michel adds: "AIM is a unique mission as it will be the first time that a spacecraft will investigate the surface, subsurface and internal properties of a small binary Near-Earth Asteroid, in addition to performing various important technology demonstrations that can serve other space missions. This knowledge is not only important for Planetary Defense, but it has great implications for our understanding of the history of the Solar System. Our current understanding is that these small asteroids are the outcome of collisions and other effects that made them what they are now. Having crucial information on their internal properties will allow us to feed small body population evolution models to draw a more reliable story of the Solar System."

Making these measurements from up close and comparing them with ground based data from telescopes will also allow us to calibrate remote observations and apply these models to other systems. As AIM will be watching the impact and measure the deflection and changes in the structure in the aftermath this will hopefully give us sufficient data to analyze and apply in the doom scenario if an asteroid were ever about to hit Earth.

In this EPSC session the AIM mission will be explained in detail and the role of the DART spacecraft within the AIDA project will also be demonstrated. After the scientific and technical presentations there will be ample time for discussion and questions from the interested communities. The session is open to all participants of the EPSC.